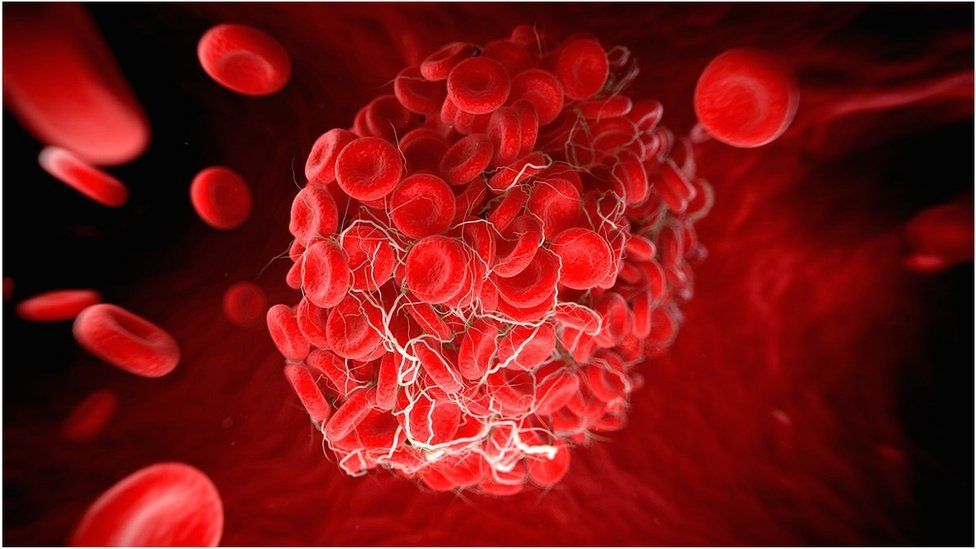 A major review of vaccines suggests the AstraZeneca jab does raise the risk of blood clots and another serious condition that can cause bleeding.

But the study found the risk of such problems following a coronavirus infection was still much higher.

The University of Oxford-led team also found an increased risk of stroke after the Pfizer jab - but again at a much lower rate than after infection.

The team said it once again showed the "substantial" benefit of vaccination.

It comes after a coroner ruled on Thursday that BBC Radio Newcastle presenter Lisa Shaw died because of complications from the AstraZeneca jab.

The 44-year-old died in May after developing headaches a week after getting her first dose. She suffered blood clots in the brain.

The research team looked at records from more than 29 million people who received a first dose of a Covid vaccine between December and April, who were mostly over 40, as well as nearly 1.8 million who were infected with the virus.

The study, published in the British Medical Journal, looked for complications up to 28 days after being jabbed or infected.

It found that for every 10 million people vaccinated with the AstraZeneca vaccine:

*  an extra 107 would be hospitalised or die from thrombocytopenia, which can cause internal bleeding and haemorrhages, but that was nearly nine times lower than the risk of the same condition following an infection

*  an extra 66 would be hospitalised or die from blood clots in the veins, but that was nearly 200 times lower than the risk following an infection

For every 10 million people vaccinated with the Pfizer vaccine, it found:

*  143 extra strokes would be seen, but that was nearly 12 times lower than the risk following an infection

Lead author Prof Julia Hippisley-Cox said it was important people were aware of the risks, but that they were kept in context given the higher risk from being infected.

Fellow author Prof Aziz Sheikh added the findings "clearly underscore" the importance of getting vaccinated to reduce the risk of these clotting and bleeding outcomes.

None of the university researchers involved in this study were part of the Oxford team that helped develop the AstraZeneca vaccine.