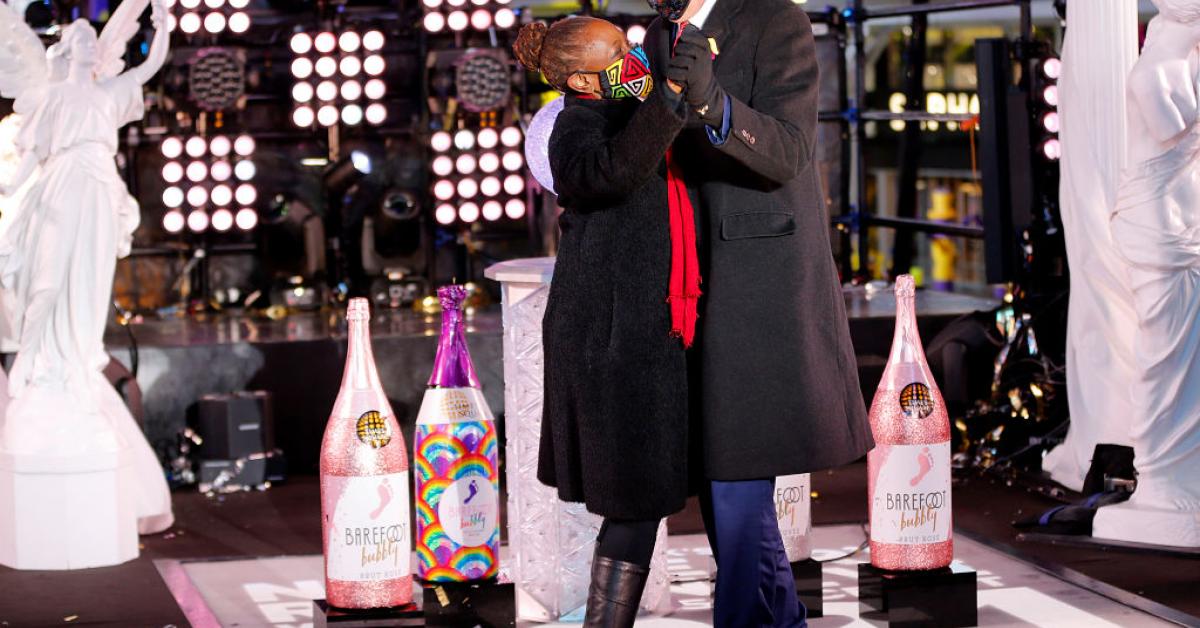 COVID privilege? Younger Americans get vaccinated first, while leaders flout their own restrictions

As the COVID-19 pandemic trails into 2021, the unseemly specter of what might be termed "COVID privilege" is becoming increasingly apparent, as younger, less-vulnerable Americans are receiving the lion's share of coronavirus vaccines and elected officials and public employees continue to ignore the COVID-19 restrictions they themselves have set or demanded.

Nominal public servants, meanwhile — exemplified by New York City Mayor Bill de Blasio dancing in an empty Times Square as well as a schoolteacher calling for continued school shutdowns while vacationing in the Caribbean — suggest that many community and civil leaders may consider COVID safety measures to be a hierarchical rather than a civilizational concern.

State-level vaccine data show that young-to-middle-aged Americans are in many cases receiving a high percentage of vaccines administered by states, levels significantly outpacing their relative vulnerability to the respiratory disease.

In Pennsylvania, for instance, the state's COVID vaccination dashboard shows that adults 64 years old and younger had as of Saturday received around 106,000 of the state's 128,800 vaccine injections — about 82% of total injections — with most of the remaining 18% going toward older individuals.

That's in spite of the fact that Americans over 65 have constituted the vast majority of deaths classified as being caused by COVID-19: Provisional CDC data indicate that, as of Dec. 26, Americans older than 65 constitute about 80% of all deaths from COVID-19.

Similar vaccination rates in favor of the young can be observed in Michigan, where according to the state, only 16% of vaccinations have gone to residents older than 60. In Ohio, only 26% of vaccines have gone to individuals in that age group. In Virginia, the number is 18%, as is also the case in Oregon.

Those lopsided numbers in favor of younger and healthier populations may be indicative of campaigns undertaken by public health officials to vaccinate "frontline" healthcare workers en masse due to elevated risks of contracting the virus in healthcare settings.

Yet the overwhelmingly higher likelihood of an elderly patient's dying from COVID-19 still raises uncomfortable questions as to why so few of them are receiving it in the initial rollout of the vaccines, and why so many less vulnerable populations are receiving the majority of the still scarce injections.

As younger Americans receive the lion's share of vaccines so far, elected officials and public employees are flouting COVID-19 mitigation rules and protocols, taking vacations and enjoying public festivities even as they have advocated, and ordered, the closure and shutdown of many public amenities.

In New York City on New Year's Eve, Mayor Bill de Blasio publicly enjoyed a dance with his wife in Time's Square after ordering New Yorkers to avoid the popular New Year's destination. "Don't go down there," de Blasio urged just hours before twirling with his wife on a stage amid live music and oversized novelty champaign bottles.

A Chicago Teachers Union leader, meanwhile, was this week caught vacationing in the Caribbean after advocating the continued closure of public schools in favor of remote instruction. She later defended the decision to travel by stating that she took several COVID tests beforehand and wore two masks over her face while en route.

Such apparent hypocrisy has been observed many times now over the course of the pandemic. Prior to Thanksgiving, Denver Mayor Michael Hancock urged city residents to remain home during Thanksgiving; he was subsequently found to have traveled to Mississippi with his family for the holiday.

California Gov. Gavin Newsom received significant blowback earlier this year for having feasted at the Michelin-starred French Laundry restaurant, unmasked and with a large group, even as he has imposed significant indoor dining restrictions and masking orders on the state of California since the start of the pandemic.

San Francisco Mayor London Breed also attended a dinner at that restaurant, just a few days before her city shut down indoor dining over concerns that COVID might spread in restaurants.

Over the summer, meanwhile, Anthony Fauci — the infectious disease expert who has repeatedly called for continued bans on large gatherings as well as strict public mask mandates— was photographed attending a Washington Nationals baseball game in a nearly empty stadium, at one point failing to socially distance while leaving his mask pulled down.

And New York Gov. Andrew Cuomo in November hastily cancelled Thanksgiving plans with his family after strong public backlash to the news that his elderly mother and two of his daughters would be joining him for the holiday.

Cuomo had earlier warned New York residents to celebrate the feast virtually before revealing that his 89-year-old mother would celebrate the meal with him. Following the backlash, a Cuomo spokesman said the governor would have to work through the holiday and would not be seeing his family.

Coronavirus task force member Dr. Deborah Birx, meanwhile, appeared to flout her own guidance discouraging Thanksgiving weekend travel with members of different households. Birx endured a public backlash she described as so "overwhelming" that it prompted her to retire.