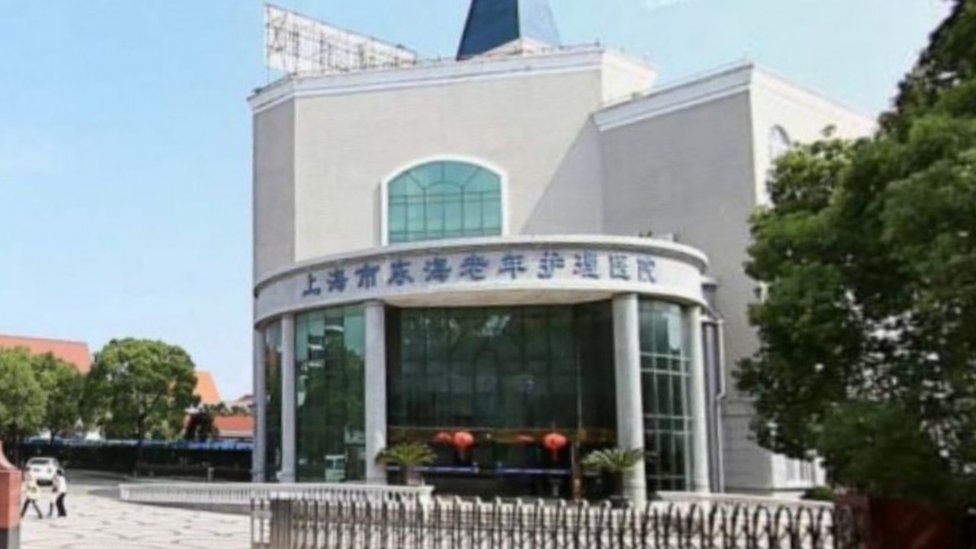 Dozens of elderly patients at a hospital in Shanghai have died after contracting Covid-19, but official government figures claim no deaths in the city have been caused by the disease since 2020.

The BBC has spoken to a hospital manager and had access to correspondence sent to relatives of patients who've died during the Omicron outbreak that is sweeping through China's biggest city.

We've also had access to official documents that suggest at least 27 patients from a single hospital, who weren't vaccinated, have died from what it called "underlying health problems".

Shanghai is enforcing a mammoth lockdown as authorities try to contain a new wave of the virus. Most of the city's almost 25 million population have been ordered to stay inside for three weeks.

The BBC has previously reported evidence that authorities in Shanghai are struggling to deal with the outbreak. We spoke to a nurse and a health worker at Donghai Elderly Care Hospital who, between them, described desperate attempts to help dozens of elderly patients, some of whom have died.

We've contacted several other care homes or hospitals for the elderly since then, after social media postings suggested there was evidence of widespread infections among hundreds of patients in 12 other facilities here.

One relative of a patient at another care home in Shanghai has told us that doctors and caregivers working there had informed her that everyone in the facility had tested positive. It has capacity for around 300 patients.

In a phone conversation a manager at Donghai Hospital told us: "Of course there would be deceased with Covid. [In] Shanghai the situation is like this. How could there not be any death[s] without Covid?"

In a letter sent to relatives of patients who'd died management at the hospital apologised and admitted a "lack of professionalism". They also expressed their "deepest guilt".

Official figures say there have been no deaths during the current outbreak across the city; none at all.

China has a strict criteria for confirming Covid-19 cases, which includes evidence in patients of lung damage caused by the virus. This must be confirmed in a scan.

Any underlying health conditions is also considered before deaths are officially attributed to Covid.

One man whose 72-year-old sister died at Donghai earlier this month told us that he had struggled to get a full explanation from officials about the cause of death.

He told us that she had tested negative in the weeks before she died on 3 April. But he was not able to get a record of her test results in the final days before she died.

The man said his sister was one of six patients in a room, five of whom died. He told the BBC that "the outbreak [was] so bad in that care home".

As far as he could tell the official record said "she died with Covid negative". He said he would not go ahead with her cremation until he knew what the cause of death was.

Relatives of a 99-year-old woman who died on 1 April have also raised concerns about the cause of death, given that she tested positive in the final week of her life.

In social media postings seen by the BBC, with accompanying audio records, her granddaughter said the woman had been transferred to Jinshan Public Health Clinical Centre in Shanghai on 27 March, where she tested positive a day later.

She was treated for underlying health problems. Three days later she tested negative for Covid. A day later she died. The woman described her death as due to "aggravation of underlying disease due to Covid".

The BBC tried multiple times to contact authorities at Donghai and Jinshan regarding the various allegations, but was not able to get a response.

China is facing its most serious crisis since the virus first emerged here in early 2020, when the city of Wuhan was locked down and sealed off.

Despite efforts to limit the impact on the economy in the country's financial capital the lockdown of Shanghai has continued way beyond the initial nine day period planned for.

Authorities have used various terms to refer to the strict restrictions being imposed on people, calling it "static management" and "closed management".