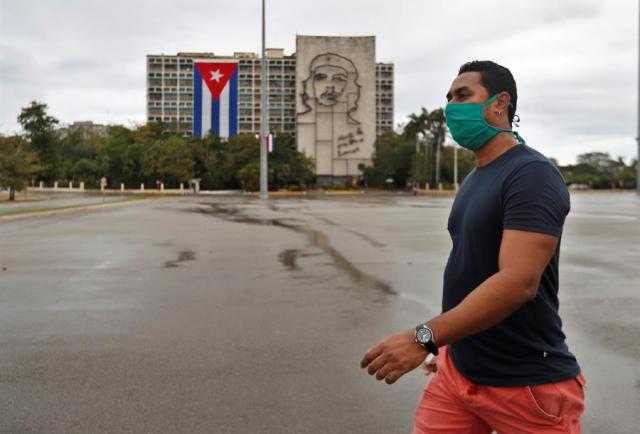 The number of new people infected by coronavirus in Cuba was 17 on Tuesday 5 May, a daily figure that highlights a new record on the decline in more than a month and that leaves a total of 1,685 cases so far, according to the Ministry of Public Health (Minsap).

In the Tuesday count, which includes data from the previous day, there were no new deaths, so the number of deaths from the SARS-CoV-2 coronavirus remains at 69, said the director of Epidemiology of the Minsap, Francisco Durán .

The decline in the number of cases is in line with the trend of the past days, with the exception of last Saturday when 74 new cases were recorded due to a spreading in a center for homeless people in Havana.

In Havana, by contrast, contagions still outnumber recoveries, according to the announcement made yesterday by the first secretary of the Communist Party in Havana, Luis Antonio Torres Iribar.

Despite the data considered favorable, Durán announced that this week the restrictions will be tightened to prevent the spread of the virus in order to avoid a second wave of infections.

These measures include the halt of some 37,000 state vehicles to continue decreasing traffic and mobility, as reported yesterday by the Government.

Of the 17 infections reported on Tuesday, nine correspond to residents of Havana, which is the region most affected by the Coronavirus with more than a third of the total.

Fewer than half, 8 cases, were asymptomatic when tested. Meanwhile, 10 were contacts of already confirmed cases, and for 7 cases the source of contagion has not been able to identify.


To detect the 17 positives, 2,169 PCR samples were analyzed, a higher number than in previous days, leaving a total of 57,711 of these tests carried out to date, complemented by thousands of rapid tests with kits from China.

Three people remain in critical condition (the same as the previous day) and another five serious (one less) in the intensive care rooms in Cuban hospitals, while 652 evolve in a stable manner without presenting major complications. Two others were evacuated in the past weeks to their countries of origin.

78 new discharges were announced on Tuesday, a figure that exceeds the average of the previous days, and that leaves the total number of recovered from the Coronavirus to 954, which represents 56.6% of confirmed cases.

On the other hand, 2,169 people (almost 400 fewer than the day before) are admitted to health centers as they are considered risk subjects and another 6,047 remain under clinical-epidemiological surveillance in primary care.

WITH MASK AND WITHOUT PUBLIC TRANSPORT


Cuba remains in a pre-epidemic phase with limited indigenous transmission of COVID-19, so the Government applies preventive measures such as the suspension of public transport, the closure of borders except in exceptional cases, and the closure of schools and major shopping centers.

The use of the mask is mandatory in public spaces and, although there is no forced confinement, citizens have been asked not to leave home except for essential activities such as going to the market or doing paperwork.

The isolation conditions have also been extreme in specific points of the country where major sources of contagion have been detected.

The Cuban authorities consider, based on forecasts prepared by a multidisciplinary group of experts, that the peak of the epidemic could occur this week.