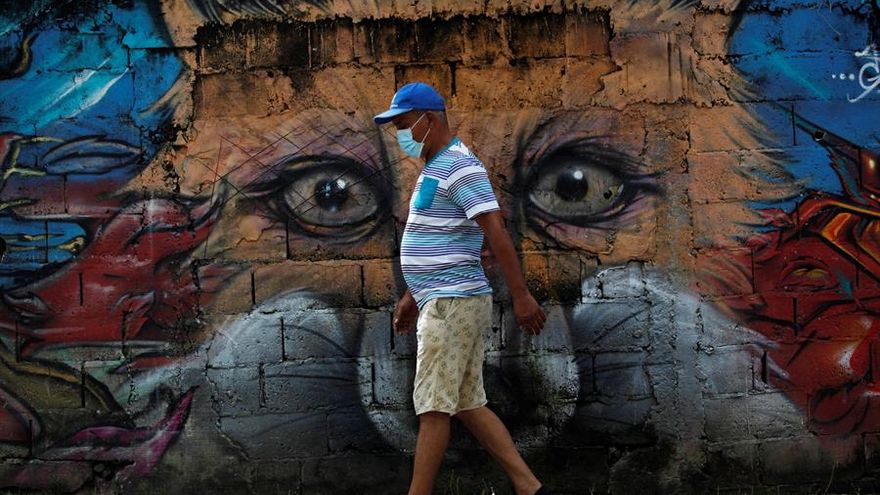 The covid-19 became the number one cause of death in over 60-year-olds in Panama, which is among the first countries in the continent with the highest incidence of the disease and number of tests performed, according to data from the Pan American Health Organization Health (PAHO).

Panama, a country of 4.2 million inhabitants that has experienced an upturn in the disease since the beginning of November, which has led to record numbers of new daily infections, accumulates 179,230 confirmed cases and 3,212 deaths from covid since last March.

For Panama, COVID-19 has become the leading cause of death for people aged 60 and over. Although we maintain a fatality rate lower than the regional average (1.8%), when we review mortality we see that we are above of the average (71.5), PAHO representative in the country, Dr. Gerardo Alfaro, told Efe.

PAHO statistics updated to November 29 indicate that Panama registers a mortality from covid of 71.5 per 100,000 inhabitants, above all Central American countries and surpassed by others such as Colombia (72.5), Mexico (78 , 2) The United States (79.1) and Peru, with 107.7 having the highest record on the continent.

According to data from the Panamanian Ministry of Health updated to December 7, of the 3,212 accumulated deaths since the pandemic began in the country on March 9, 2,390 correspond to people aged 60 years or older.

The Panamanian authorities have repeatedly exhorted the youngest, who are the most exposed because they are economically and socially active people, to take extreme biosecurity measures to avoid catching the new coronavirus and infecting their older relatives.

SECOND COUNTRY WITH THE HIGHEST INCIDENCE RATE IN AMERICA


Dr. Alfaro also highlighted that Panama is among the top three countries on the continent that performs the most tests to detect covid, "and therefore detects more cases."

In terms of the incidence rate, in Panama 241 cases were reported per 100,000 inhabitants in the week of November 26 to December 2, the highest rate in the subregion and the second highest in America, said Alfaro.

Panama, together with the United States and Chile, is one of the countries in America that performs more tests for case detection (PCR and antigenic), while in Central America it occupies the first place in the number of daily tests, he added, citing the most recent data. Recent PAHO.

In the last week the authorities have tightened the sanctions and measures against the covid, with the extension of the night curfew and the prohibition of the sale of liquor at those hours in the provinces of Panama, where the capital is located, and the neighboring Panama Oeste - which brings together almost half of the country's population - in an attempt to slow the pace of spread of infections.

The rebound of the disease has been linked by the authorities with the almost full opening of the economy as of last October 12 after more than six months semi-paralyzed.

Michael 78 days ago
Do pandemic projections in Panama distinguish between positive coronavirus tests with no symptoms, and those with symptoms (those actually sick)? Only the latter should be used in projections.
The CDC, Centers for Disease Control and Prevention of the USA also assumes that only about a 17th of the 'Covid' victims clearly died of the cause of Covid19; the majority of the 'rest' suffered from 2.6 previous illnesses at the time of death.

NancyQ 82 days ago
"Covid-19 leading cause of death in people over 60": so sayeth the sacrosanct PCR test, which is not usually administered correctly, to make the case for a fake second wave, according to Pfizer's former Chief Science Officer Dr. Mike Yeadon. Most people simply need more vitamins as part of their daily intake: D3, zinc, C, magnesium, and B vitamins, and hopefully a multivitamin. And for added benefit, take some Spirulina which provides a blast of nutrition. All are available in Panama at places like Arrocha, Farmás, and GNC, to name a few. A little investment in your health goes a long way.
View all comments (2)Add comment