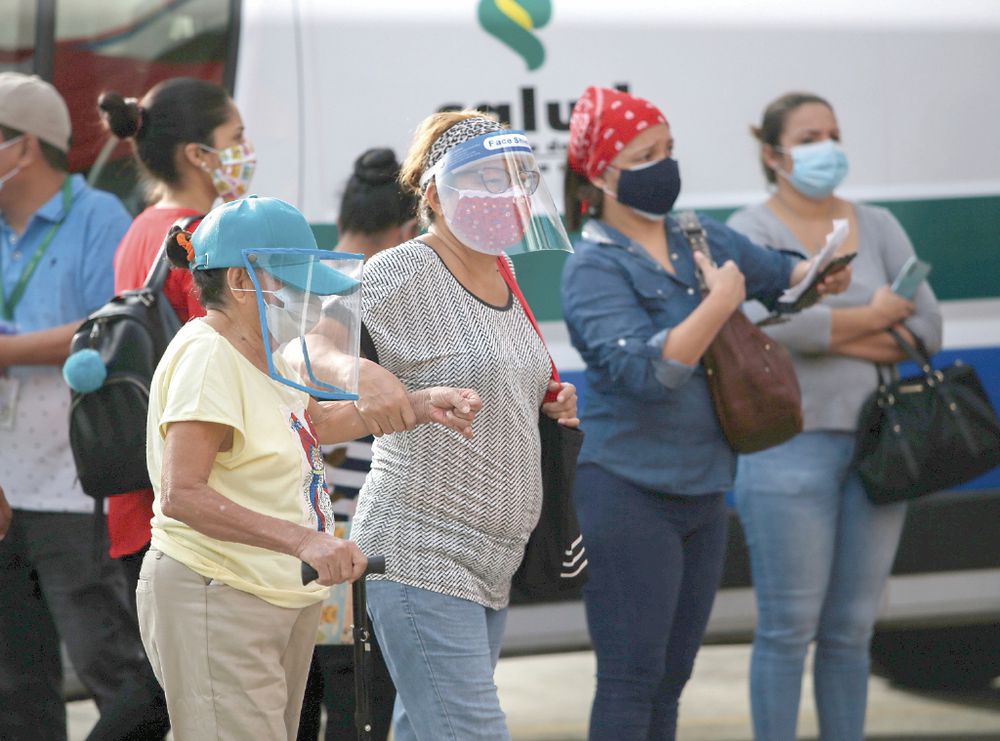 COVID-19 is more deadly than hypertension and AIDS

The Covid-19 has left behind crisis and death. Its strength is such that in just over four months of a pandemic it has caused more deaths than those generated by hypertensive diseases, chronic airways or even acquired immunodeficiency syndrome (AIDS) in an entire year.

Health statistics reveal that an average of 800 people die each year from hypertensive diseases, while 500 die from AIDS. Although the first two causes of death in the country are malignant tumors, with 3,000 deaths on average per year, and coronary heart disease, with about 2,000.

Putting the figures into perspective, the specialist in cardiology and public health, Jorge Motta, stressed that the above assumes that in this health crisis the virus has already caused a third of the deaths (1,000) that cause tumors throughout the year.

The statistical data for the Covid-19 so far is shocking. Every half hour, 24 people in the country are being infected, on average. These numbers must reach the people so that everyone can do their part, he pointed out.

Orlando Quintero, president of the Pro Welfare and Dignity Foundation of People Affected by HIV-AIDS, stressed that the fatality that Covid-19 has been leaving in its wake scares him.

I lost relatives. This is an extremely aggressive virus, he said.

This weekend there are total quarantines in Panama and Panama West, until 5:00 am on Monday.

Every half hour, 24 people contract the virus


The Covid-19 pandemic does not stop. Each month that passes leaves more cases and deaths across the country.

The latest report on the situation in Panama, prepared by the Pan American Health Organization (PAHO) with data that goes from March 9 to July 15, reveals how as the days progressed, the virus became stronger in the territory.

The document details that until the end of May there were between 3 and 5 deaths daily. However, by the end of June, the average rose to 14 deaths per day; by July 5, it reached 21 deaths, and on July 11, the number was to 23; that is, practically one death every hour.

Regarding the economic opening of blocks 1 and 2, the report indicates that these also show an effect on the total number of deceased, which means that the increase coincided with the opening.


In these more than four months of pandemic, Covid-19 has shown higher mortality than other diseases, such as hypertension or acquired immune deficiency syndrome (AIDS), two of the leading causes of death across the country.

Even if the trend continues, 2020 would end with the same number of deaths as those caused by malignant tumors, the leading cause of death in Panama.

To get an idea, an average of 800 people die each year from hypertension and 500 from AIDS. Other conditions, such as pneumonia, generate 450 deaths annually, a lower figure if one takes into account that the Covid-19 carries more than a thousand fatalities.

In the words of the specialist in cardiology and public health, Jorge Motta, the death figures so far from the aggressive virus assume that it has already caused a third of the deaths that year-round cause tumors.

The statistical data for the Covid-19 so far is shocking. Every half hour 24 people in the country are being infected on average. These numbers must reach the people so that everyone can do their part, he pointed out.

This latest data provided by Motta, is supported by the fact that Panama has a rate of 1,115 infected per 100,000 inhabitants, the second highest among the countries of the Americas (only surpassed by Chile), and above the average rate of the region, which is 653 per 100,000 people.

According to PAHO, this is because Panama, among the countries of the Americas, is one of those that performs the greatest number of tests on the population.

I am sure that if the population cooperated much more we would not have these numbers, added Motta.


Orlando Quintero, president of the Pro Welfare and Dignity Foundation of People Affected by HIV-AIDS, stressed that the fatality that Covid-19 has been leaving in his wake scares him.

Quintero acknowledges that in recent years, deaths from AIDS have decreased as a result of the treatments that appear in the world; You find it surprising how the Covid-19 shows increased aggressiveness.

I lost relatives because of Covid-19. This is an extremely aggressive virus, he said.

The activist compared what happens with HIV / AIDS and the coronavirus. Both viruses largely require significant citizen participation to prevent their spread. In the case of HIV, the use of condoms is vital to avoid infection, and with Covid-19, the mask, he pointed out.

They are looking for a cemetery


The increase in deaths in several provinces, including Bocas del Toro, is leading the Ministry of Health to look for options.

For example, yesterday the Legal Advisory and Environmental Sanitation staff of Minsa in Bocas del Toro participated in a meeting with authorities from the Municipality of Changuinola, the National Authority for Land Administration, and the Union of Banana Industry Workers.

The objective was to look for alternatives to acquire land that meets sanitary requirements, to be used as a cemetery for the burial of people who die from Covid-19, since currently the cemeteries that are in the province are at their maximum capacity .

Given the increase in cases, the health authorities are evaluating imposing a total quarantine on weekends in the provinces of Colón, Chiriquí and Bocas del Toro. The decision has not yet been made.

This, after said measure was established for Panama and West Panama, this Saturday and Sunday.

Smedley 226 days ago
"It's far far easier to fool a man than it is to convince him he's already been fooled."
That quote is attributed to Mark Twain and is one of his best.

Doctors can be some of the stubbornest people on earth. Many of them think they already know everything there is to know and worship big pharma and big agencies like the WHO. Maybe they should take a look around the world and ask why some countries have this disease well under control while others, like Panama, can't seem to figure it out.

Are Panama docs handing out prophylactic doses of hydroxycholorquine and zinc?
No?
Why not? It works.

Are Panama docs trying safe and effective steroid treatments used for decades against asthma and which Taiwan, Japan, and Singapore have used to defeat Covid?
No?
Why not?

Here's a video of a Texas doctor who is doing so and explaining why the powers that be don't want you to know about a cure until their highly profitable and unnecessary vaccine is available. Good lord, this whole thing has become such a tragedy solely due to ignorance.
https://youtu.be/eDSDdwN2Xcg