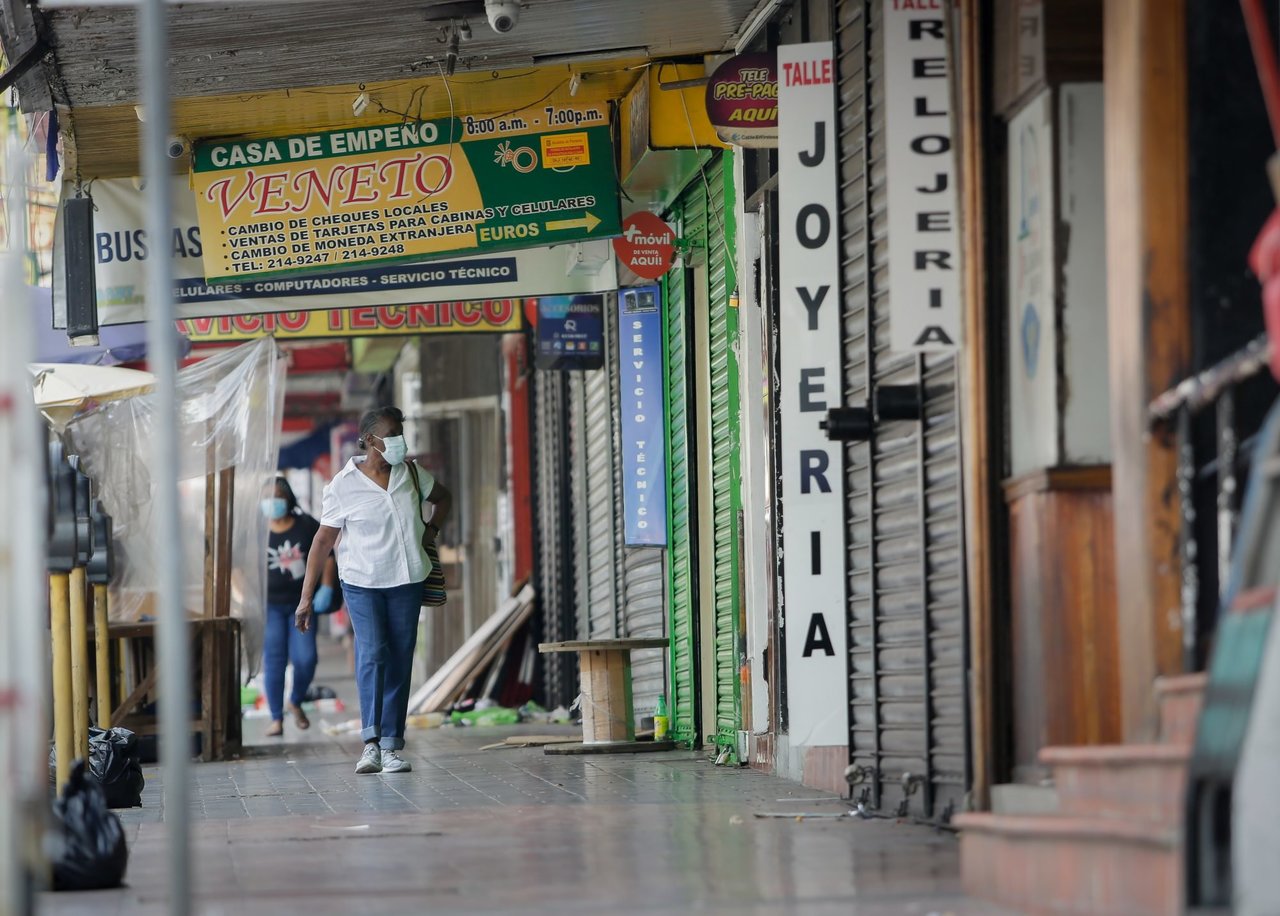 COVID-19 – a nightmare to the labor market

Everyone is aware of economic nightmare the country is experiencing; friends, neighbors, family and colleagues, who had stable jobs and recurring income streams before the Covid-19 pandemic.

Some explore new ways to make a living within their areas of expertise and have found an opportunity to "reinvent themselves", but the vast majority survive day by day.

The coronavirus has claimed the lives of more than 1,000 people in Panama and currently maintains 273,000 workers on work suspension, according to figures from the Ministry of Health (Minsa) and the Ministry of Labor and Labor Development (Mitradel).

The confinement and closure of almost all productive activities keeps the vast majority of companies inoperative or operating on a limited level.

For workers, the situation is reflected in two ways: with the well-known suspension of work or with the reduction of working hours.

In the first case, the companies that were forced to close, by executive decree, availed themselves of article 203 of the Labor Code, which establishes that suspensions of the effects of employment contracts may be carried out for one month and extend for four months.

Workers in this condition are not obliged to provide services, nor employers to pay them.

Meanwhile, article 159 of the Labor Code indicates that in the event of a serious economic crisis of a national nature, fortuitous event or force majeure, which endangers the existence of the source of employment, it is possible to temporarily, modify or reduce the hours or work week.

With the reduction of the working day, workers earn the same per hour, but end up with a decrease in their income in general, by working for less time during the month.

As of July 3, 875 companies had registered working day modification agreements for some 19,924 thousand people.

The country has already been facing the pandemic for more than four months, and the restrictions will continue, unless the Covid-19 outbreak is controlled.

The big problem is that the long confinements and the economic debacle are fueling social tensions and widening inequalities.

Mitradel has presented a bill in the National Assembly to extend the suspension of contracts until December.

Likewise, it proposes to temporarily modify the payment of overtime and establish that the maximum reduction in the working day is up to 50%.

The argument behind the extension is that if businesses and companies remain closed, it will be impossible for all workers to be called back to work later.

Many of the contracts have been suspended since March, so they should be reactivated after August, unless the bill is passed.

The Government warns that there are few solutions to this situation.

The suspension of contracts is a short term solution, so that companies are not forced to resort to layoffs without having sufficient funds to compensate hundreds of people in the midst of the crisis.

The ideal is to keep as many jobs as possible so that, in the process of economic reconstruction, employees can gradually return. Although it is known that many jobs will never be able to recover after the worst crisis after the Great Depression.

The 273,000 suspended contracts represent 31% of the formal non-governmental jobs in the country, reaching 873,750, according to figures from the Office of the Comptroller General of the Republic.

The situation is chaotic, considering that these suspended contracts should be joined by workers who have not been registered in Mitradel, mostly from micro, small and medium-sized enterprises (MSMEs).

The fact that a third of workers in the private sector have officially suspended contracts already says enough, says René Quevedo, consultant and analyst of the labor market.

If you add that there is no clear timetable for the revival of economic activities, we have the elements of a labor catastrophe that will create the conditions for an unprecedented social crisis. Even worse; this is not likely to end in December this year, he said.

Deputy Minister of Labor, Roger Tejada, warns that they fear that companies will not be able to cope with the situation and that workers will be left behind. Hence they cling to the passage of the bill.

Possible increase in the digital voucher

Employees on work suspension receive a state subsidy of just $100 per month, but they warn that it is impossible to live with such an amount. In Panama, the basic food basket exceeds $300 a month.

In addition, of the total number of employees on suspension, about 72,000 have not had access to the so-called digital voucher.

Some 15,000 have been excluded from the aid because they are foreign workers who do not have a Panama ID.

For another 57,000, the registration has not been effective, mainly due to the technological issues of Mitradel.

For the ministry, it is remarkable that 201,000 people have benefited from the digital voucher, and indicate that almost 90% of the suspended workers have received some help from other social programs carried out by the Government.

Workers, represented by labor groups and unions, have expressed the need for the voucher to be raised to $500 per month, but the state is facing an income crisis due to the fall in its tax revenues.

Tejada said that in the coming weeks they will introduce a new system that will be more efficient in delivering the voucher, and they are studying within the Mitradel the increase in financial aid. But in this situation, he stressed that they have to evaluate the budget.

He hopes that the bill presented by Minister Doris Zapata will be discussed and approved in the Assembly, understanding that the country is in an extreme and unexpected position.

Members of the General Autonomous Central of Workers of Panama (CGTP), the National Confederation of Independent Trade Union Unity (Conusi) and the Single National Union of Workers in the Construction Industry and Similar (Suntracs) marched last Thursday to the National Assembly to ask that the legislative initiative would not be discussed.

Nelva Reyes, of the CGTP, indicated that the project is a setback in working conditions, and asked the Legislative arm to “cover up” the document.

According to Reyes the idea is that employers can unilaterally modify the hours of workers, in addition to reducing by 25% the surcharge for working overtime, when the law indicates that it can be up to 75%.

The bill must be discussed in the National Assembly Working Committee, which has not yet been installed.

This would be just one chapter in the labor drama facing the country, with job protection schemes that cannot be applied indefinitely.

Oh ya 227 days ago
They need tobopen the country. The death rate is below 1%. Peotect the oldand those at risk and let the country breathe again. Crime is going to skyrocket along with violence in the homes
View all comments (1)Add comment