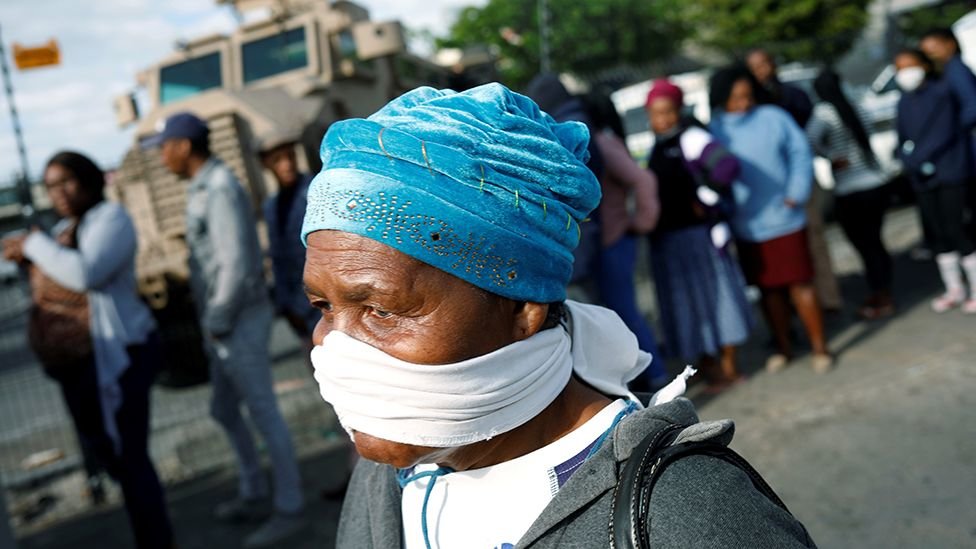 Covax: How will Covid vaccines be shared with poorer countries?

The fast-track development of Covid vaccines was an extraordinary feat of scientific progress.

But there have been fears that richer countries could hoard jabs at the expense of poorer ones.

An ambitious international scheme called Covax aims to make sure vaccines are shared fairly among all nations, rich and poor.

Covax works towards the development, purchase and delivery of vaccines to more than 180 countries.

It was launched in April 2020 and is led by the World Health Organization (WHO), together with the Global Vaccine Alliance and the Coalition for Epidemic Preparedness Innovations. Covax stands for Covid-19 Vaccines Global Access Facility.

Highlighting current inequalities, the WHO's head, Tedros Adhanom Ghebreyesus, said more than 39 million doses had been administered in at least 49 higher-income countries, but only 25 in one of the lowest-income countries. 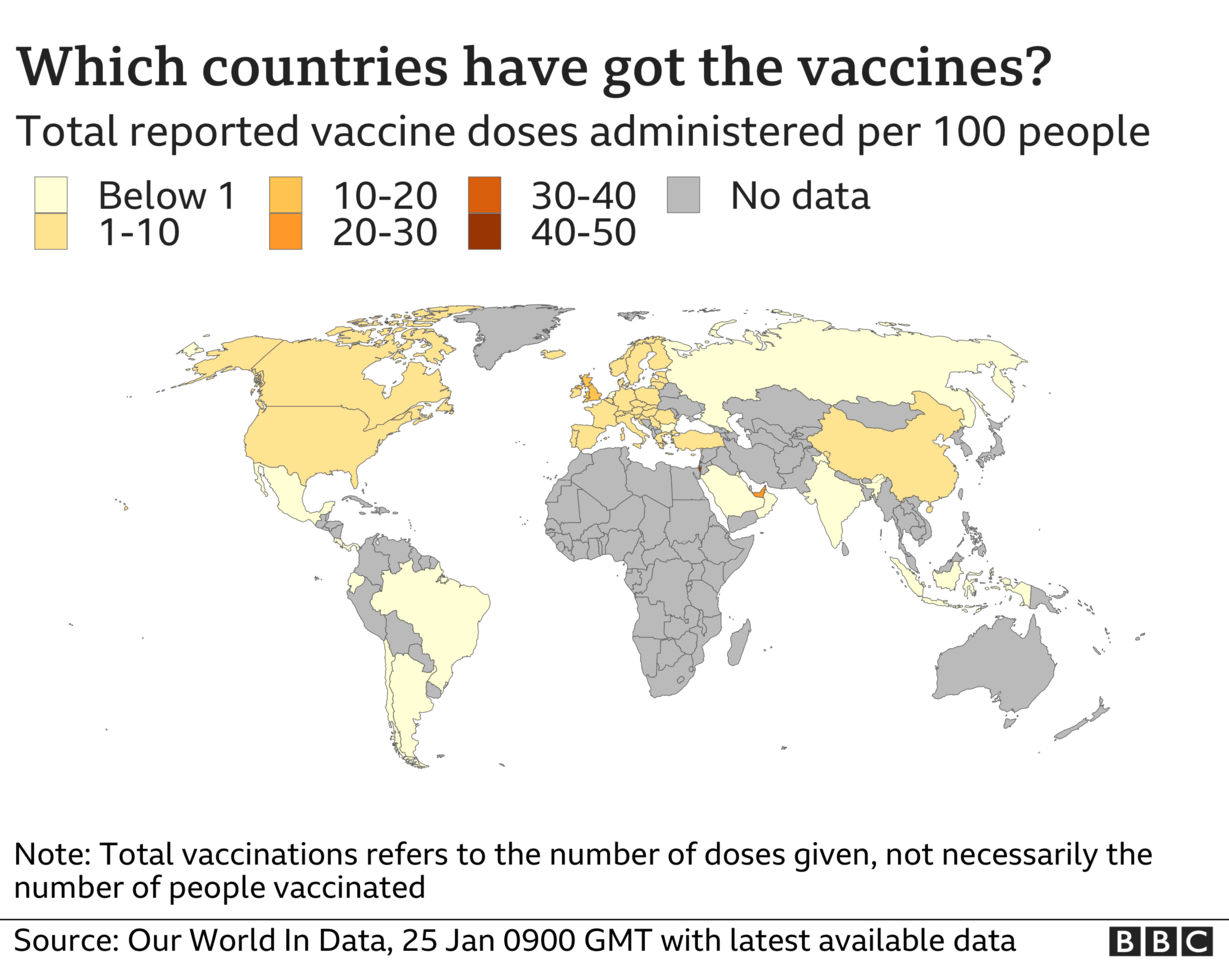 How much progress has been made?

The scheme is expected to start distributing vaccines in February, with poor and middle-income countries receiving the lion's share.

Covax hopes that, by the end of 2021, more than two billion doses will have been delivered to countries across the world.

Of those, about 1.8 billion will be delivered to the 92 poorer countries involved in the scheme, covering around 20% of their populations.

However, there has been criticism that Covax is not responding quickly enough.

One WHO board member, Austria's Dr Clemens Martin Auer, said Covax had been slow to secure vaccine deals and deliver doses to countries.

Could Covax help end the pandemic?

Even if Covax's target is met, it would still fall short of the level of immunity which experts say is needed to end the pandemic.

The WHO has suggested that stopping Covid-19 will require at least 70% of the global population to have immunity.

At a rate of two billion doses per year, it could take years to vaccinate 70% of the world's estimated 7.8 billion people.

However, two billion doses would give some protection to those who are first in line, such as health workers, the elderly and the vulnerable. 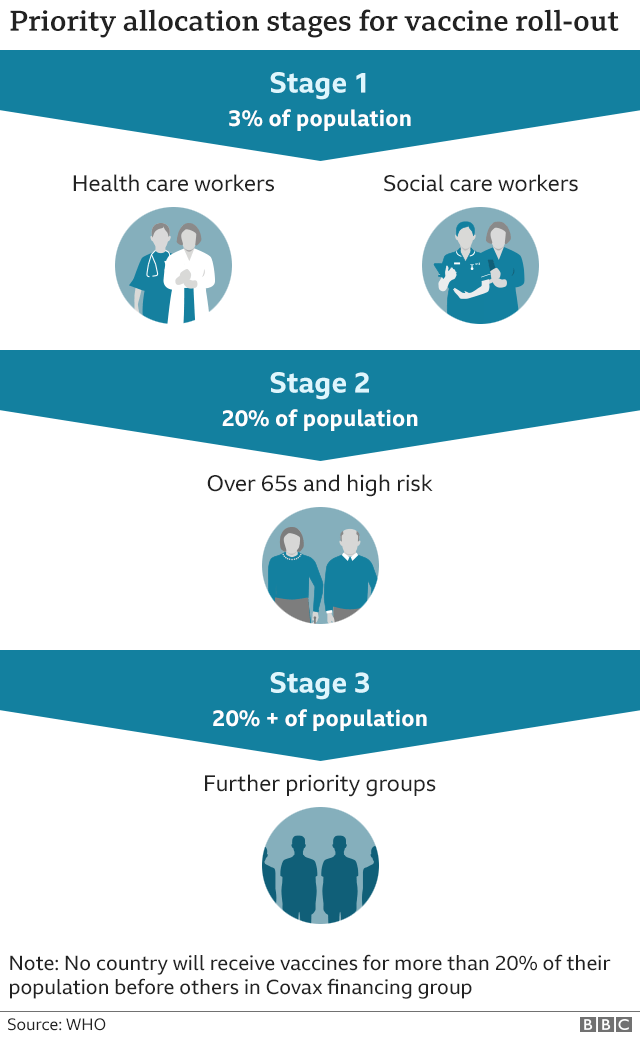 How much have countries donated?

So far, Covax has raised $6bn, but the scheme says it needs at least another $2bn more to meet its global vaccination target for 2021.

One of President Biden's first acts in office was to sign up the US to Covax,

Even so, the US and some of the wealthier Covax participants have been accused of stockpiling vaccines for themselves.

A study by Duke University's Global Health Institute found that, as of mid-January, a small group of rich countries - comprising just 16% of the world's population - had purchased 60% of the global vaccine supply.

For the rest of the world - particularly low-income countries - Covax may be the only way out of the coronavirus crisis.

What vaccine deals has Covax made?

Covax says it has signed deals to buy vaccines made by Pfizer-BioNTech and Oxford-AstraZeneca, as well as some not yet approved.

An agreement to purchase up to 40 million doses of the Pfizer-BioNTech vaccine was struck last week.

This vaccine has been approved by WHO regulators, paving the way for its roll-out.

Why does Covax matter?

The pandemic has destroyed livelihoods, shut down entire countries, and claimed the lives of more than 2.1 million people worldwide.

It is unlikely that life will return to normal until the vast majority of the global population is protected against the virus.

Vaccines, health experts say, are the solution, but they must be shared so countries can co-ordinate to end the pandemic together.