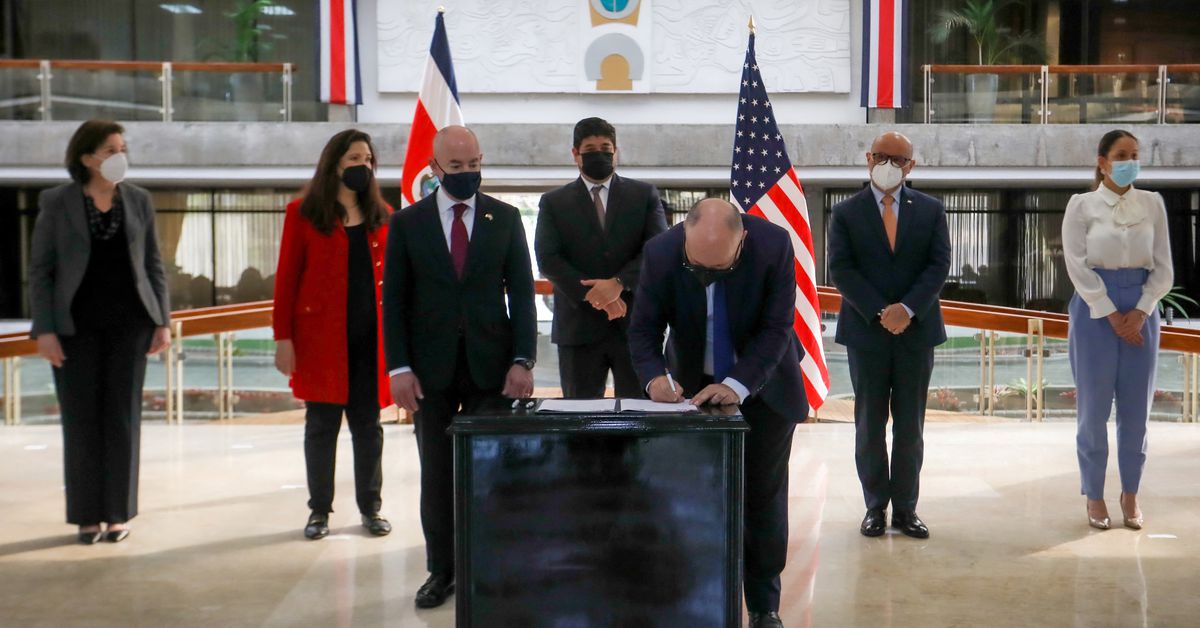 Costa Rica said on Tuesday the United States had agreed to work together on strengthening immigration and border policing in the Central American country, during a visit by U.S. Secretary of Homeland Security Alejandro Mayorkas.
Costa Rican President Carlos Alvarado met with Mayorkas weeks after Costa Rica, Panama and Mexico established visa requirements that make it more difficult for Venezuelans and Cubans to transit through their countries towards U.S. territory.

The new requirements came after Nicaragua lifted visa requirements for Cuban nationals in November, opening a new avenue for migration north to Mexico and the United States.

Mayorkas and Costa Rican Minister of Security Michael Soto signed a letter of understanding pledging police efforts and attention to migrants and refugees. Those efforts would include training, infrastructure and equipment, Soto said in a video shared with media.

"The document seeks to generate options to strengthen the professional migration police and the border police of Costa Rica in all their capacities, strengthen the fight against the smuggling of migrants and human trafficking," the Costa Rican government's statement said.

Mayorkas was in Costa Rica a day after his visit to Mexico where he discussed regional migration and labor policies with Mexican officials.
#Costa Rica
Add Comment