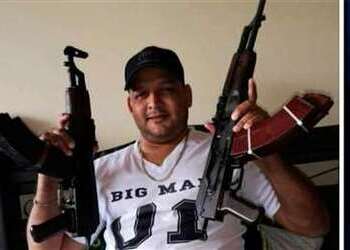 An unusually drawn-out feud between two rival gangs in northern Costa Rica has left over 150 people dead in five years, with authorities making a renewed push to end the violence.

On November 22, Costa Rica's security minister, Michael Soto, said that clashes between the gangs of two drug traffickers, known as Diablo and Pechuga, had scared residents in a number of communities in the northern areas of Sarapiquí and Limón. Soto told a press conference that police presence in the area would be rapidly increased.

According to Diario Extra, from January 2016 to May 2021, around 150 homicides in and around the village of Pococí in Limón have been attributed to this feud. According to Soto, recent deaths have seen victims decapitated and burned alive, unusually violent killings for Costa Rica.

Throughout 2021, regular shootouts and targeted homicides have rocked Pococí, including attacks at bars and restaurants or victims being assassinated in their homes. From January to October 2021, police registered 31 homicides in Pococí, 16 in Guácimo and 15 in Sarapiquí, three villages at the heart of the Diablo-Pechuga drug feud.

Alejandro Arias Monge, alias "Diablo," is Costa Rica's most-wanted man. According to police reports, he controls much of the microtrafficking in Pococí, a town that is also well-placed to ship cocaine north to Nicaragua and the port of Limón. Arias Monge has also been connected to money laundering and illegal cattle ranching.

Arias Monge's territory has been increasingly challenged by Moreno Borbón, alias "Pechuga." Since 2016, this gang, which originated from nearby Guápiles, has muscled in on Diablo's turf.

Soto admitted that the escalation of violence had caught authorities by surprise. "This situation seems to be absurd, crazy…we have decided to launch a police action…to bring back calm," he said at the press conference.

Long-term, bloody rivalries over localized microtrafficking are uncommon in Costa Rica and are usually associated with a lucrative demand for narcotics in larger cities.

However, being the dominant criminal player in Pococí and its surrounding areas may offer broader advantages for Diablo and Pechuga.

First, Pococí is a short drive from the Nicaraguan border, which is home to various criminal economies. Arias Monge has well-established connections with Nicaragua, as his alleged right-hand man was captured there in June. Dennis Antonio Mendoza García, a Nicaraguan citizen, was arrested after a shootout with police. He was in possession of over $2 million in cash and an automatic rifle.

Police believe that Diablo's gang was involved in moving drugs through Costa Rica from Panama to Nicaragua.

A rumor even circulated in the Costa Rican press this year that Arias Monge had died during a visit to Nicaragua.
Second, Pococí is in the district of Limón, a major thoroughfare for drugs heading to the port of Limón, from where they are smuggled onto containers headed to Europe. The port city is also a hub for gang violence as different groups compete for cocaine and marijuana shipments.

InSight Crime visited Puerto Limón in 2020 and reported on the colossal amounts of drugs leaving through the port, the collaboration of officials and the amount of newly built mansions along the highway leaving the port, which eventually reaches Pococí.

One Costa Rican journalist in the province told InSight Crime on condition of anonymity that in the district of Limón, "local criminal gangs do not have the power or finances of their Colombian or Northern Triangle counterparts. They receive shipments of cocaine along the Atlantic and Pacific Coasts, store them in warehouses or farms, let the shipments "cool" for a while, and then export them through the port of Limón."