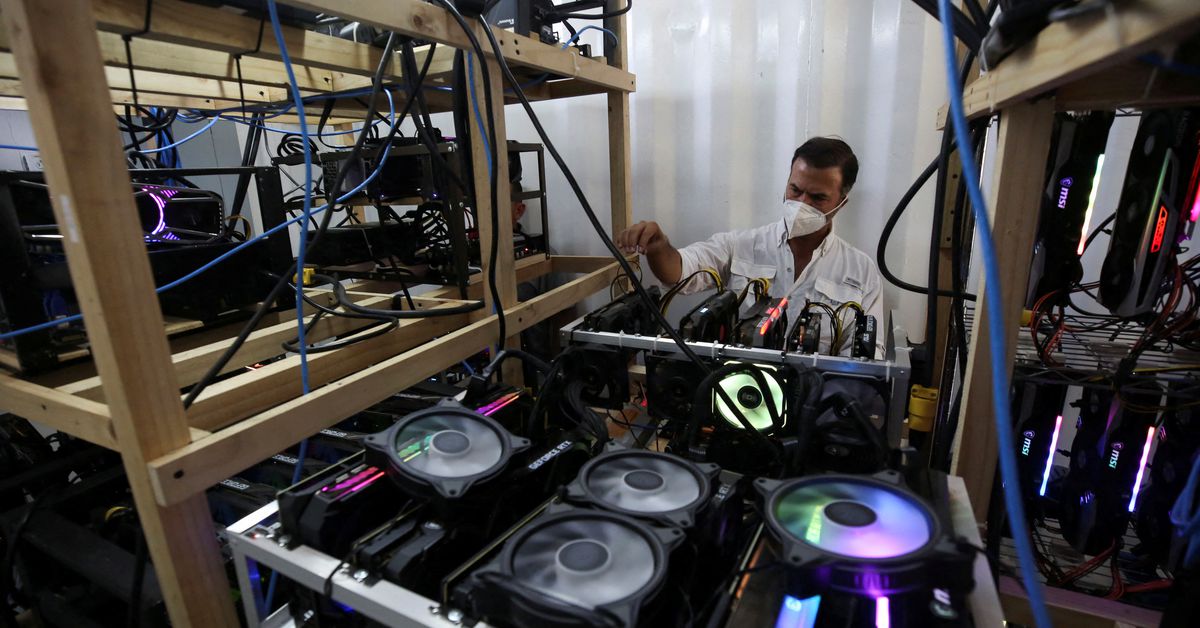 A small river in the middle of coffee plantations, sugar cane fields and a forest provides energy to a hydroelectric power plant in Costa Rica that feeds hundreds of computers wired up to the cryptocurrency mining business.
More than 650 machines from 150 customers operate non-stop from eight containers powered by the plant next to the Poas River, 35 kilometers (22 miles) from San Jose, the capital of a country that generates nearly all its energy from green sources.

The plant was forced to reinvent itself after 30 years because the government stopped buying electricity during the pandemic due to surplus power supply in the Central American country, where the state has a monopoly on energy distribution.

"We had to pause activity for nine months, and exactly one year ago I heard about Bitcoin, blockchain and digital mining," said Eduardo Kooper, president of the family business that owns the 60-hectare farm Data Center CR and the plant.

"I was very skeptical at first, but we saw that this business consumes a lot of energy and we have a surplus."

The hydroelectric company, with its three plants valued at $13.5 million and a three Megawatt capacity, invested $500,000 to venture into hosting digital mining computers.

Kooper said international cryptocurrency miners are looking for clean, cheap energy and a stable internet connection, which Costa Rica has plenty of. However, he said Costa Rica's government should be more aggressive about trying to attract more crypto mining business, although he gave no specifics.

The government did not respond to a request for comment.

Costa Rica lacks specific regulation for cryptocurrencies, unlike El Salvador, which became the first country in the world to adopt Bitcoin as legal tender in September 2021.

Costa Rica's central bank said it was providing space for technological innovation to allow a Fintech industry to take shape, and was constantly monitoring developments.

So far all Data Center CR customers are local, such as Mauricio Rodriguez, a 31-year-old computer security engineer who entered digital mining to earn extra money from home in 2021 with equipment valued at $7,000.

"Installing it in this place is much more profitable than at home," at almost half the cost, he calculated, after connecting his computer to the network at the river-powered plant.
#Costa Rica
Add Comment