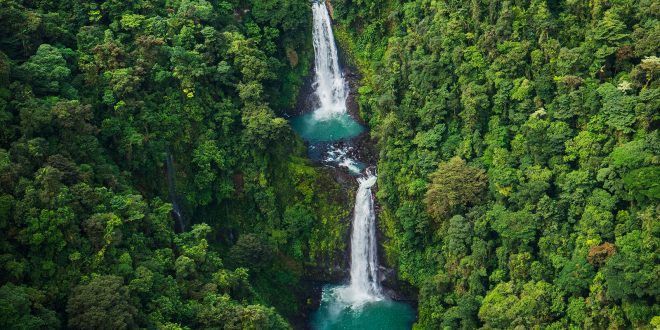 Costa Rica consolidated its global leadership in environmental affairs in 2021

Costa Rica in 2021 strengthened international recognition for its policies in the protection, preservation and protection of the environment, as well as in the award of important cooperation funds, today highlights the Presidency Council.
In an annual summary of actions and participation in forums and awards, the Presidential House confirms that at COP26 in Glasgow, Scotland, they announced 78 countries’ support for the High Ambition Coalition for Nature and People, led by Costa Rica, France and the United Kingdom, to protect 30 per cent of the planet by 2030.

He notes that at that meeting, Costa Rica and Denmark spearheaded the launch of the Oil and Gas Transcend Alliance, which seeks to engage various national and subnational actors to reduce and exclude exploration and production of this fuel.

He notes that another milestone at COP26 was the signing of the Declaration on the Protection of Marine Ecosystems between the presidents of Costa Rica, Colombia, Ecuador and Panama, as well as the country’s progress in negotiations on a payment by Norway under the $20 million LIV Alliance to protect Costa Rica’s forests.

In this regard, Casa Presidencial states that in recognition of its work in the protection of nature, in October Costa Rica received the prestigious Earthshot Award, awarded by the Royal Foundation with an endowment of about $1.3 million.

He also notes that earlier this month, President Carlos Alvarado and Minister of Environment and Energy Andrea Meza signed a decree to expand the Isla del Coco National Park and marine area for a bicentennial.

With this, he details, the country will expand the protection of its seas – which make up 92 percent of its land – from 2.7 to more than 30 percent, in line with international obligations.

In addition, it is the seventh year in a row that more than 98 percent of energy production has come from clean resources such as water, wind, geothermal energy, biomass, and the sun.
#Costa Rica
Add Comment