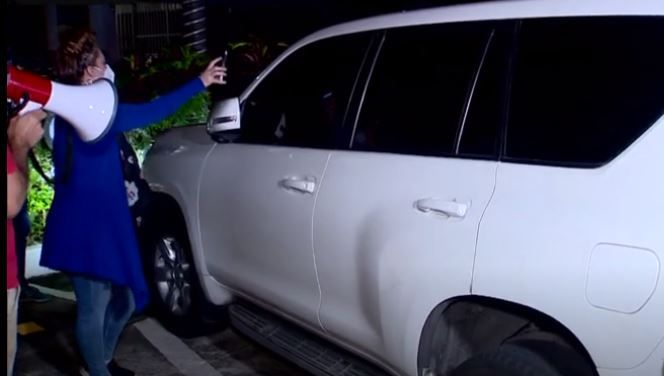 The president of Panama Laurentino Cortizo warned, as he passed through the province of Herrera, that he had already discussed the situation of the party at the La Fragata restaurant in Obarrio with the Minister of Health, Luis Francisco Sucre, and revealed that the public officials who participated this event and challenged the decrees will not continue in their positions.
To those public officials who have challenged a very established norm for health, they must first be sanctioned according to those established in the Decrees. The sanctions are direct and I spoke on this subject casually today with the Minister of Health and the other thing is that Those officials who challenge the approved decrees are former officials. They have two options to resign or I throw them away, it's that simple, the president said.

The party in question took place on the night of Wednesday, August 28 and was announced after several young people, led by the digital medium FOCO, protested outside the premises.

Minister Sucre indicated this morning that an investigation into the matter has already begun; While Rodolfo Samuda, deputy director of the National Customs Authority, confirmed this Friday that an official of that entity, who participated in an alleged meeting of officials at the La Fragata restaurant, was provisionally removed from his position without the right to salary.

Executive Decree No. 500 established the closure of restaurants, prohibiting the permanence and attention of customers within the premises; allowing them to operate only with food delivery at home.
#Sucre

Oh ya 186 days ago
Ya talk is cheap .post their names and photos if you want anyone to believe you
View all comments (1)Add comment