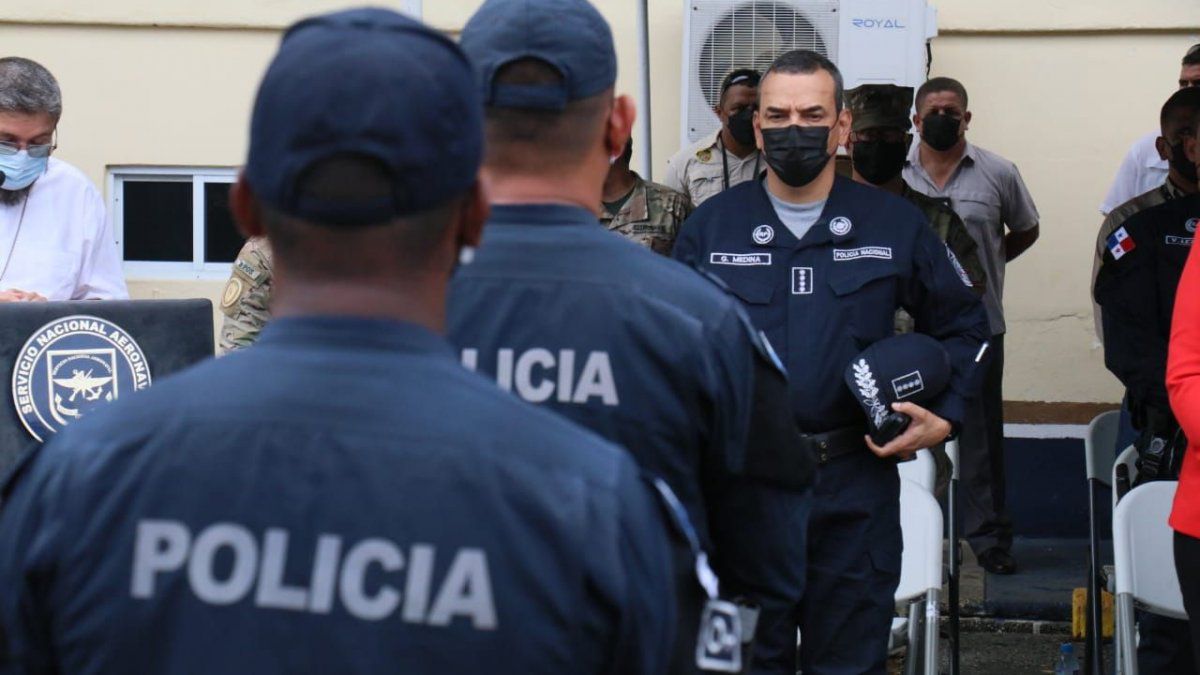 Cortizo: 'I fired the director of the Police because it's within my powers, I won't say the reasons'

Gabriel Medina was removed from the leadership of the National Police on May 21, three months after taking office.
"The director of the National Police was removed because it is a power that I have as president of the Republic, he fulfilled his mission and I wanted to change it ... it was a very my decision," was the explanation of the president of the Republic of Panama, Laurentino Cortizo, on the dismissal of Gabriel Medina.

This, four days after the commissioner's removal, which was announced by the Ministry of Security (Minseg).

"Based on Article 41 of Law 18 of June 3, 1997, which empowers the President of the Republic to freely appoint and remove the Director of the National Police , we make general knowledge that as of the date he is removed from office as director to Mr. Gabriel Medina, "said the Ministry of Education in a statement issued last Friday, May 21.

Gabriel Medina, who replaced Jorge Miranda after reaching his 30 years of service (retirement time), took over as director of the Police on January 25.

His dismissal comes amid questions after the disclosure of an institutional video in which members of the National Police of Panama send a message of "solidarity" dedicated to the Colombian Police, which in recent days has been singled out for possible violations to human rights, abuses and excessive use of force during recent citizen protests.

However, President Laurentino Cortizo did not affirm or deny that this was the reason for the removal of Medina, and affirmed that he will not give the reasons for the dismissal.

The Minseg indicated that the current deputy director of the institution, Rafael Álvarez, will assume the position until a new head is appointed.
Add Comment