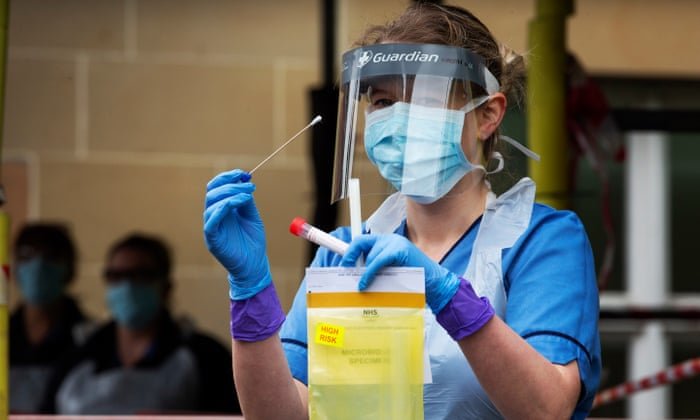 Facial biometrics could be used to help provide a digital certificate – sometimes known as an immunity passport – proving which workers have had Covid-19, as a possible way of easing the impact on the economy and businesses from ongoing physical distancing even after current lockdown measures are eased.

The UK-based firm Onfido, which specialises in verifying people’s identities using facial biometrics, has delivered detailed plans to the government and is involved in a number of conversations about what could be rolled out across the country, it is understood.

Its proposals, which have reached pilot stages in other countries, could be executed within months, it says. The firm could use antibody tests – proving whether someone has had the virus – or antigen tests, which show current infections.

Digital identity experts say they are in the “discovery stage” of what could be tailored for the UK government, but developing a type of health certificate through app technology is gaining traction.

The government is understood to be moving away from the phrase “immunity passport” as evidence continues to emerge on exactly how immunity develops after someone has had Covid-19. The World Health Organization has also issued a stark warning over attempts to give people false assurance through a passport scheme.

On Monday, Boris Johnson will call on countries to come together in a “truly global effort” to defeat the coronavirus as he co-hosts a virtual Coronavirus Global Response International Pledging Conference, and confirms the UK’s promise of £388m funding for research into vaccines, tests and treatments.

It comes ahead of the prime minister outlining a “roadmap” out of lockdown, including the need to tackle workers’ fears of being in close proximity to others.

Over the weekend, two firms made breakthroughs on developing antibody tests. The Swiss drugmaker Roche received emergency use approval from the US Food and Drug Administration for a test they have developed, while Quotient, in Edinburgh, says its screening machines have capacity for up to 36,000 antibody tests a day and produce results in 35 minutes with 99.8% accuracy.

These are lab-based tests, however, relying on blood to be taken by a medical professional and requiring large machines for analysis, taking time.

The holy grail in antibody testing is a home pregnancy test-style kit that would provide almost instant results. So far none on the market, including 17.5m ordered by the government, have been demonstrated as sufficiently accurate. Typically these tests produce false negatives about half to 70% of the time.

Onfido, which is in talks with ministers, was founded by three former Oxford University students in 2012 and has worked with Monzo and Zipcar. It says it has the ability to roll out a system within months and could be the “linchpin of the new normality” and stimulating the economy.

Their solution would embed Onfido technology within another organisation’s app to establish someone’s identity. The person would be asked to take a selfie and an image of their government-issued identification, such as a passport or driver’s licence. The technology can determine whether the person’s face matches their ID, and also if the ID is genuine. This creates a digital identity.

They are then tested for coronavirus under a system endorsed by the government and the result is stored by another provider – in the UK this would most likely be the NHS.

When the person goes to their workplace, they open the app, take a photo of their face and that unlocks a QR code. That QR code would be scanned by reception using simple camera technology and on their system they would see the test result and a photo of the employee’s face for a short time, allowing them to visually determine the identity of the person in front of them.

The only technology a business would need to make this work would be a camera to take an image of the QR code as they arrive. No information about someone’s name, date of birth, address would be visible to the person on reception, only that they are fit to go into work.

There are remaining questions about the extent to which the presence of antibodies in the blood ensures immunity. Early reports of apparent Covid-19 reinfections in South Korea now appear to have been explained by a combination of false negative results and because the body’s healing response can lead to infected cells from the lungs being expelled weeks after initial infection, causing people to test positive even though they are recovering.

However, many experts still think it likely that immunity will wane over a period of months or years, potentially leaving people vulnerable – and some people could acquire more robust immunity than others.

A government source said a form of certification system is “still on the table and being considered” and that conversations around this concept fall under the government’s “track and trace” plans.
#COVID-19  #Covid  #Coronavirus  #Boris Johnson  #Vaccines
Add Comment