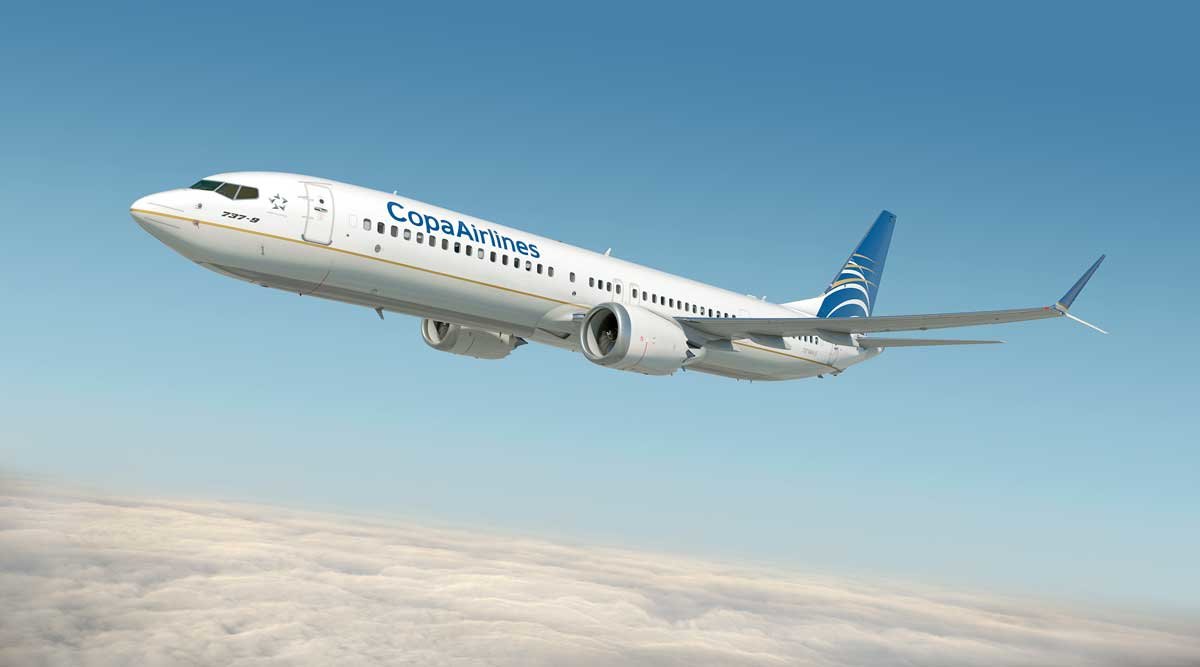 It is not required to present the proof of negative COVID-19 test on round-trip domestic flights between Panama City and David, but it is mandatory to comply with the airline's biosecurity measures, recommended by the Minsa.
Although the trend in the number of infections due to the covid-19 virus continues to increase, Copa Airlines announced today, November 20, that it will not require a swab test for passengers on domestic flights to David, in Chiriquí.

For roundtrip domestic flights between Panama City and David, Chiriquí province, it is not required to present a swab / PCR test or negative antigen, Copa informed its passengers in a released statement.
However, the company reiterated that compliance with the biosafety measures established by the Airline is mandatory, following the recommendations of the Ministry of Health (Minsa), such as the mandatory use of a mask, maintenance of physical distancing in waiting lines and waiting rooms. shipment.

For Copa Airlines biosecurity begins from home, therefore, it recommends its passengers to perform web check in 24 hours before traveling, through the Copa mobile application or copa.com, to speed up the registration process and limit contact between passengers and collaborators.

In addition, the airline requested to arrive at the airport of origin at least three hours before his flight, due to new security controls.

The airline stressed that its main priority is the safety and well-being of its passengers and collaborators, it has implemented disinfection, hygiene and biosecurity measures and protocols in its operations, to offer a safe environment at each stage of the trip.

Additionally, all its aircraft are equipped with high-efficiency filters (HEPA), which purify up to 99.97% of virus and bacteria particles, similar to an operating room according to the manufacturer.

In addition, its air recirculation system in the cabin renews the air every 2-3 minutes and its vertical movement prevents it from being shared with passengers from the sides and front. This, combined with the mandatory use of masks at all times, provides a healthier and safer environment on board.

The airline currently maintains a daily frequency between the two Panamanian cities. Flight CM 0020 leaves Panama City at 12:01 pm and arrives at David at 1:13 pm The return flight, CM 0021, departs from David at 2:31 pm, and arrives at 3:37 pm to Panama. For this flight, Copa Airlines operates the Boeing 737-800 aircraft with the capacity to transport 160 passengers, 16 in business class and 144 in the main cabin.

The Copa airline resumed its flight operations between the city of David and the Tocumen International Airport, in Panama City, on September 28, after being paralyzed for more than seven months.

The reopening of international flights at the Tocumen International Airport, for its part, took place on October 12, under strict health controls that include the presentation of a negative PSR or covid-19 antigen test, with a maximum of 48 hours before boarding the flight.

The Minsa protocols establish that if the passenger does not present it, they will be subjected to a rapid test in the control centers strategically installed at the airport at a cost of $50.00.

On November 12, the International Air Transport Association (IATA) recommended that all passengers should undergo a PCR test at their place of origin to reduce the risks of contagion.
#MINSA  #COVID-19  #Covid
Add Comment