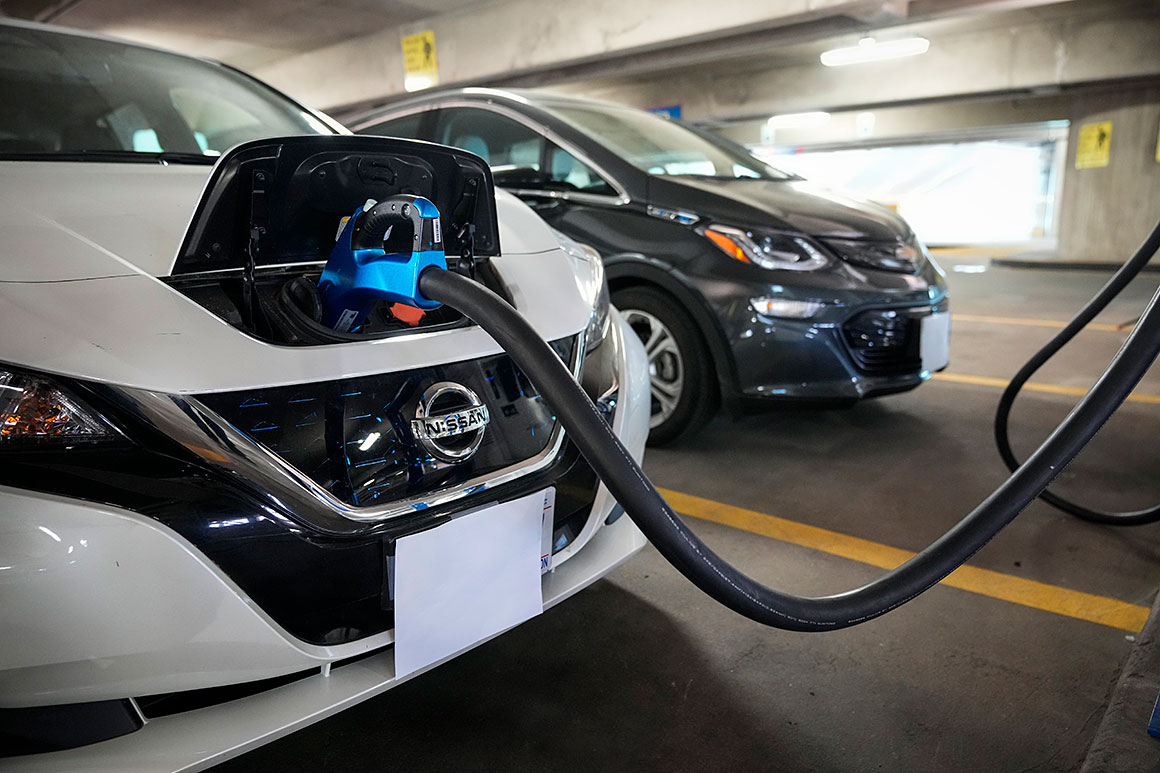 Members of Congress have an answer for French President Emmanuel Macron’s pleas for a relaxation of U.S. green-energy subsidies: “Non merci.”

Macron is using his visit to Washington this week to ask President Joe Biden to back off the “Made in America” requirements of the new U.S. climate law. European leaders say those provisions discriminate against the EU electric vehicle manufacturers and other clean industries — and raise the danger of a transatlantic trade war.

But key Democratic lawmakers have little appetite for amending the landmark law.

The legislation’s $369 billion in climate investments provide subsidies for U.S. green industry and offer a hefty consumer tax credit for electric vehicles built in North America. And that’s exactly how it should work, the Democrats say.

“I’m not reopening this law. We’re not going to reopen the text of it,” said Sen. Ron Wyden (D-Ore.), the Senate’s chief tax and trade lawmaker. He said the legislation was meant to create “more good-paying American jobs.”

Sen. Debbie Stabenow (D-Mich.) also dismissed the chances of Congress amending the law to accommodate automakers based in the EU and other U.S. allies, which want the electric vehicles they make overseas to qualify for the maximum $7,500-a-vehicle tax credit. 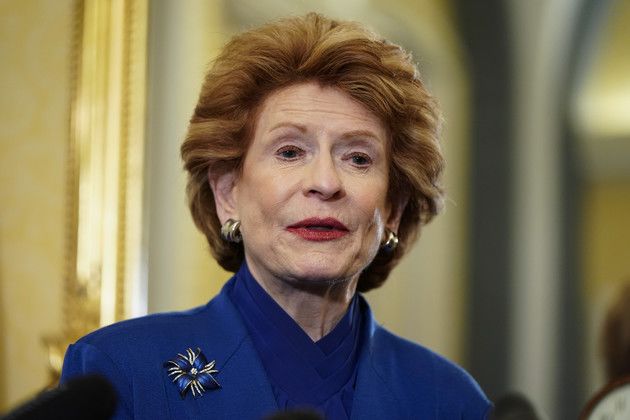 “We’d love to have them come and build plants here and then be a part of it,” Stabenow said of the foreign automakers. But “we’re not going to be” changing the law.

Rep. Dan Kildee (D-Mich.), a member of the House Ways and Means Committee, said European partners “have long engaged in substantial investments in their domestic industries.”

“With the Inflation Reduction Act, we are investing to ensure that America, not China, leads the transition to electric vehicles,” he added.

The brewing fight over U.S. electric vehicle tax credits and other provisions in the Inflation Reduction Act is posing a new threat to transatlantic trade relations not seen since former President Donald Trump was in the White House. Even as Democrats talk up the need for better economic cooperation with allies post-Trump, the EU and other economies with substantial auto industries will be hard-pressed to find a sympathetic ear on Capitol Hill.

Democrats, who will maintain control of the Senate next year, will not want to reopen one of the Biden administration’s greatest legislative achievements. Republicans, set to take narrow control of the House and generally opposed to the broader climate legislation, could be reluctant to push for an amendment at the behest of foreign interests.

Biden has been clear about his support for establishing a U.S. manufacturing base for electric vehicles.

“Just like over the last century, American workers built carburetors. Now American workers are gonna build vehicle batteries in a new clean energy economy,” he said in a speech in Michigan on Tuesday. 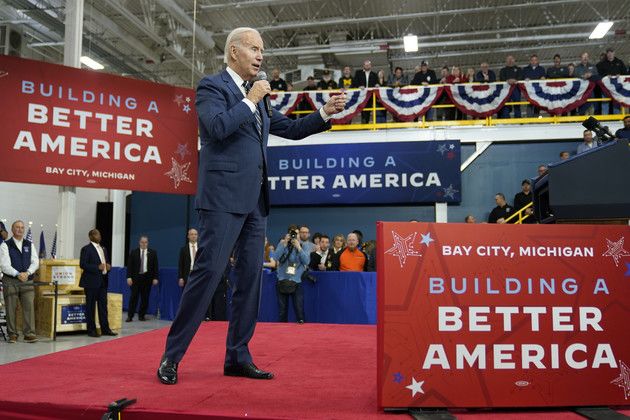 President Joe Biden speaks about manufacturing jobs and the economy in Bay City, Mich., on Tuesday.

The United States and France will issue a joint statement from the Biden-Macron meeting, but barring a major surprise it is not expected to include a breakthrough on Europe’s concerns. Still, the U.S. and EU will continue a bilateral dialogue on the issue that Biden administration officials insist has been “productive,” even though no resolution has emerged yet.

France and other European nations are meanwhile coalescing around their own response. Macron argues that the IRA is “not in line with the rules of the World Trade Organization,” as he put it in early November in France during a meeting with industry representatives.

And French Trade Minister Olivier Becht said the European Union, which sets trade policy for the 27-nation bloc, may resort to “coercive” trade measures if the U.S. doesn’t modify or reinterpret the law so that “European companies benefit from the same conditions as American companies.”

Wyden said Europe only has to look in the mirror, especially when it comes to how the EU has targeted American big tech firms with digital taxation rules.

“If anybody is talking about coercion, what I’ve seen is what they’ve been doing in terms of digital taxes and harming our high-skill, high-wage job sector,” he said. “So if you want to talk about examples, that’ll be the first one that comes to mind.”

The White House has said it is ready to hear Macron out.

“The bottom line for us, is first of all we want to understand the concern,” said White House National Security spokesperson John Kirby. “We’re absolutely willing to have that conversation and to find a way to work through those issues of concern.”

But in the face of what is shaping up to be a clean energy subsidy race, the Biden administration’s line is that there’s no downside to more government support for climate initiatives.

Former Vice President Al Gore weighed in on the American side Tuesday, telling a POLITICO sustainability summit in Brussels that the EU and other governments should “match what the U.S. has done.”

The numbers on auto trade also hamper the case for the U.S. to amend the law.

In 2021, EU nations, led by Germany, shipped about $22 billion more automobile exports to the U.S. than America sent to Europe. 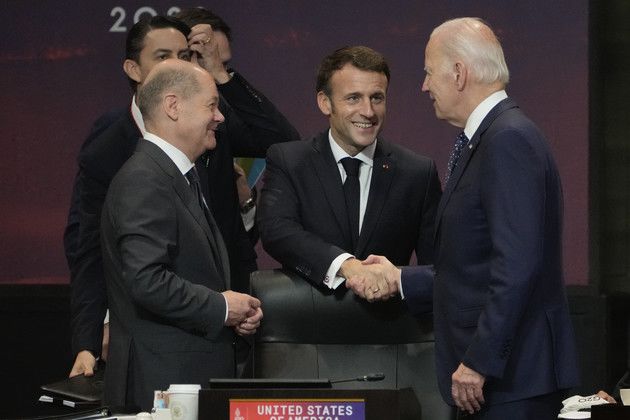 A big breakthrough for Macron would be some kind of concession that allows European companies the same IRA tax benefits as American, Canadian and Mexican companies enjoy. But for now, that seems unlikely.

A French official confirmed they are working with the EU to persuade Biden to make changes, while moving ahead with efforts to forge a “Buy European Act” back home to respond to the increased U.S. competition. “We don’t expect these concessions to be announced soon or during the visit. But it is what we are advocating,” the official said.

In theory, the Treasury Department, which is implementing the law, could come up with an interpretation of the law’s text that allows European vehicles to access the subsidies. But that would surely anger U.S. unions, whose support Biden needs going into reelection. And Treasury Secretary Janet Yellen has downplayed the chances of that, saying in October that the law “is what it is.”

Still, Europe is not the only ally that is upset. Both Japan and South Korea are urging the administration to implement the law in a way that minimizes the impact on foreign suppliers who have made investments to build facilities in the United States.

South Korean automaker Hyundai, for example, announced plans in May to invest $5.54 billion to build new electric vehicle and battery manufacturing plants in Georgia that are expected to create 8,100 new full-time jobs.

But that facility won’t begin producing electric vehicles until 2025, so it wants the Treasury Department to either delay implementation of a North American final assembly requirement or provide a waiver for companies that announced investment plans before the new law went into effect.

Toyota, which says it has invested more than $36 billion in U.S. automotive production facilities since 1998, is spending $3.8 billion on a new plant in North Carolina that is expected to create 2,100 jobs building batteries for about 1.2 million vehicles each year. But it also is not expected to become operational until 2025.

The automakers may have more luck on that front with Treasury. “There’s discussions about giving them more time,” Stabenow confirmed on Capitol Hill.

The Treasury Department is expected to issue guidance on how it will implement the new law by the end of the year, providing several more weeks for foreign governments and car companies to lobby the Biden administration on the issue.

Treasury did not immediately respond to a request for comment.