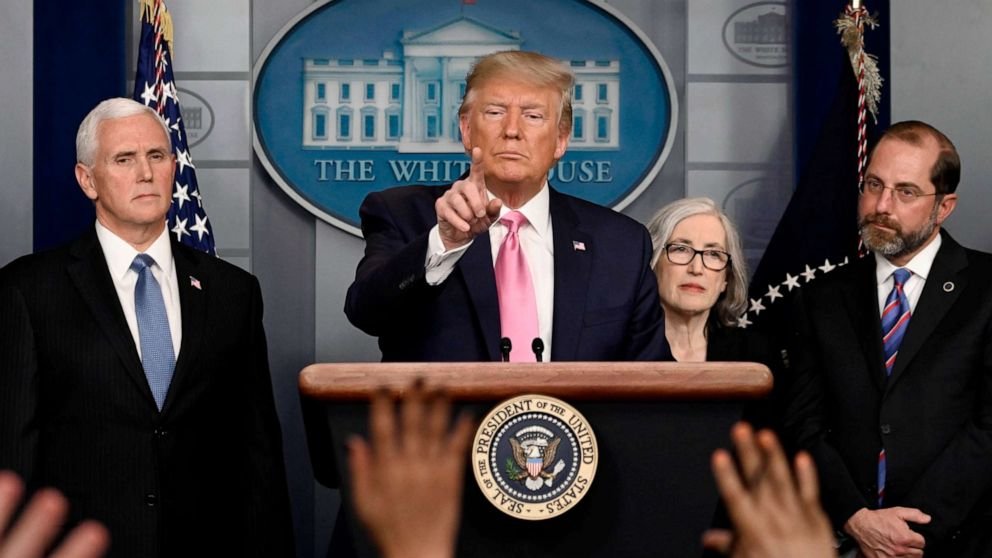 Congress looks at options to punish China over the coronavirus outbreak

Republican lawmakers and other U.S. officials are planning to punish China for allegedly concealing early data on the coronavirus outbreak – which they have not been able to prove. They are proposing numerous measures to turn up the heat, from suing Beijing to cancelling debt obligations.
Some of the proposals are less likely to prosper than others, but all come as the Trump administration is eager to deflect blame for its handling of the pandemic and amid a growing contempt for Chinese policies that many officials believe cost lives, injecting a rancorous new element into a critical relationship already on a steep downward slide.

The effort matches but goes far beyond an election campaign strategy of blaming Beijing to distract from President Donald Trump's errors in predicting and handling the crisis, which has now killed more than 60,000 Americans.

Multiple sources inside the administration say that there is an appetite to use various tools, including sanctions, canceling US debt obligations and drawing up new trade policies, to make clear to China, and to everyone else, where they feel the responsibility lies.

US is heavily dependent on China's manufacturing supply chain, particularly prescription drugs and health products. As powerful as they wish appear with these threats in front of the world press, it might be very difficult for them to carry out any of the planned measures without it backfiring to US citizens.

Senior administration officials have also toughened their rhetoric toward China. After first praising Chinese President Xi Jinping for his handling of the coronavirus outbreak, President Trump now blames China’s lack of transparency for deaths around the world. This week Trump said he was contemplating investigating China’s role in the spread of the disease.

In recent weeks, Republicans have introduced policy proposals that allow U.S. citizens to sue China or to impose sanctions against Chinese officials. Senate Republicans have called for economic sanctions; cancellation of visas for Chinese officials and families; and investigations into the pandemic, including China’s culpability and its relationship with the World Health Organization.

Trump has accused the WHO, the United Nation’s chief health body, of bias in favor of China and has threatened to cut off U.S. funding.

It’s unlikely that Congress would move quickly on China policy. Senate Republicans have discussed the issue on their weekly conference calls but have no agreement on how to move forward.

A proposal from Sen. Marco Rubio (R-Fla.) that directs the Defense Department and Food and Drug Administration to analyze the country’s dependence on foreign countries for manufacturing, including pharmaceuticals, has support from three Democrats, including Sens. Elizabeth Warren (D-Mass.) and Chris Murphy (D-Conn.).

But lawmakers and policy experts acknowledge there are steep challenges in redirecting manufacturing back to the United States, and perhaps more importantly, convincing consumers to accept the higher prices they would face on prescription drugs and other goods.

Initially, it will be difficult to reduce U.S. reliance on China, which has steadily integrated itself into the global supply chain, and few economies can step up to fill the void.

The Trump administration is also divided over how to proceed against China. Treasury Secretary Steven Mnuchin favors keeping lines open to foster trade deals. Matthew Pottinger, the official in charge of Asia on the National Security Council, and Secretary of State Michael R. Pompeo are among the hawks.

Pompeo initially insisted on referring to the disease as the Wuhan virus to emphasize its supposed origin in that Chinese region. Though he eventually dropped the term, he has continued to demand Chinese accountability and has hinted at accusations floated among some conservatives that the virus was man-made. Most scientists have dismissed such claims.

Like the Trump administration, China has also attempted to shift the narrative, embarking on what some have called “mask diplomacy” by shipping masks and other medical supplies, as well as healthcare workers, to countries in need around the world.

Whether that campaign will be enough to absolve the Xi government of blame remains to be seen. A new poll by the Pew Research Center shows six in 10 Americans now consider China’s growing power to be the greatest threat to the United States, after the spread of infectious disease and cyber attacks. It is a huge uptick from just three years ago, Pew said.

But some experts say the impulse to punish China may ultimately be short-sighted and mistaken. Its growing worldwide influence and habit of moving in where the U.S. has withdrawn make it a force to reckon with.

“In terms of U.S. policy, we will have to strike a balance between competition and cooperation,” said Patricia Kim, a China policy analyst at the nonpartisan U.S. Institute for Peace. “China is such a major player now. Its influence, capabilities and economic capacity all need to be leveraged to confront global challenges.”
#Donald Trump  #Coronavirus
Add Comment