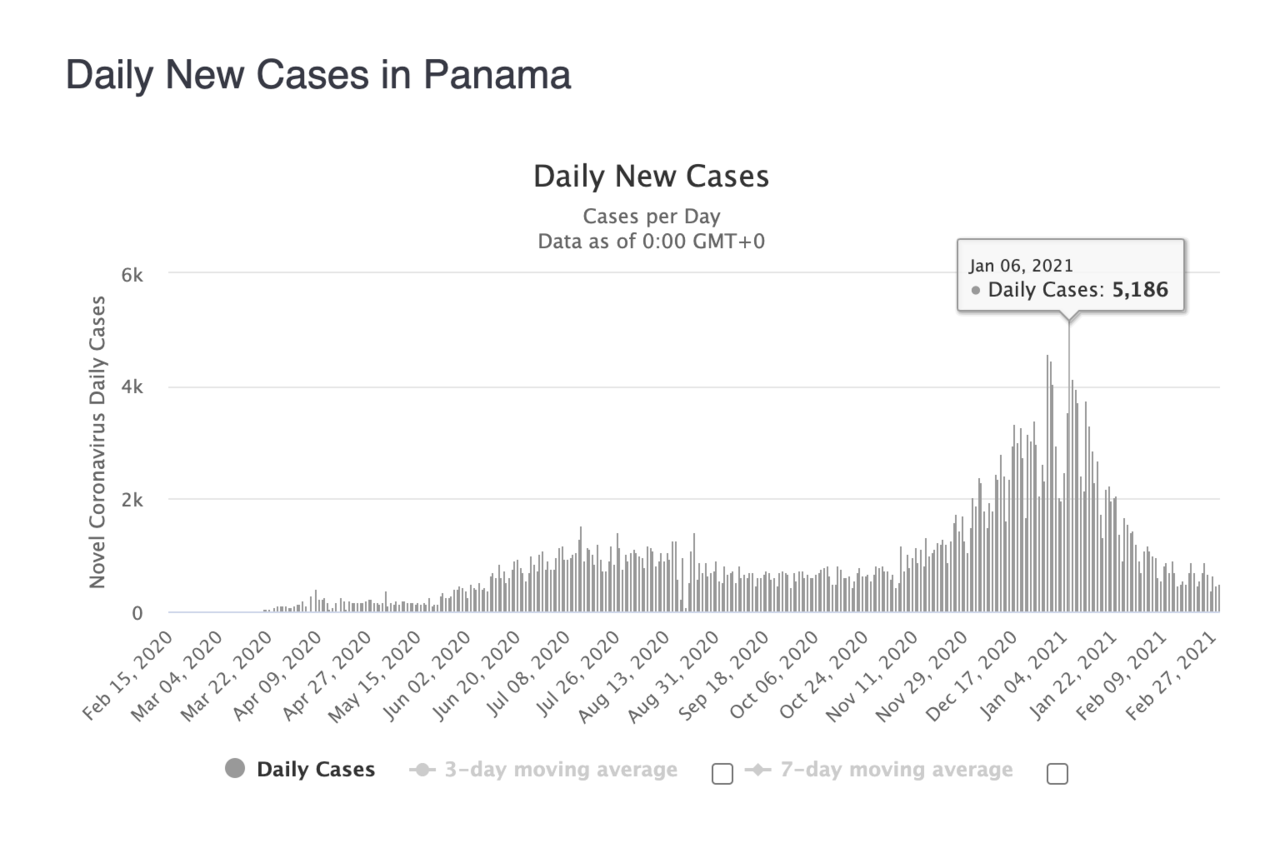 The foregoing is clear from the statistics of the Epidemiology department of the Ministry of Health, which also allow establishing that the country closed February with 8,857 active cases of the Covid-19 disease, and when the month began, 37,365 were reported.

Epidemiology reports from the Ministry of Health (Minsa) show a decline in cases, after reaching 25 thousand infections in the first epidemiological week of January (see graph).

The recent report from the Pan American Health Organization (PAHO) - dated February 23 - indicates that the trend is encouraging, as it is an indication that the speed of infection transmission may be slowing down. However, PAHO cautions that work must continue to keep infections low.

Another positive indicator is deaths, as there are six consecutive weeks in decline. The week that ended last Saturday, 104 were reported, and the previous week, 106, indicate the epidemiology reports of the Minsa.

Active cases have also been on the decline for seven weeks, and hospitalized patients for five.

The PAHO report indicates the trend, in parallel, of admissions to the ward and to the ICU, showing the same periods of sick leave or increases almost simultaneously until week four (January 30), in which a reduction is observed. of the gap between both hospitalizations. As of February 9, there is evidence of an inversion in the synchronic trends brought by both services, indicating the marked difference in the speed at which admissions in the ward are decreasing compared to those of the ICU, and that, proportionally to what happened patients in the ward appear to be increasing.

Israel Cedeño, director of the metropolitan health region, reminded the population to continue complying with biosecurity measures, while saying that they will intensify operations, since they are aware that with the lifting of quarantine the probability of non-compliance is greater than time to leave their homes.

He added that they work doing swabs in the communities with the aim of capturing the largest number of positive cases.