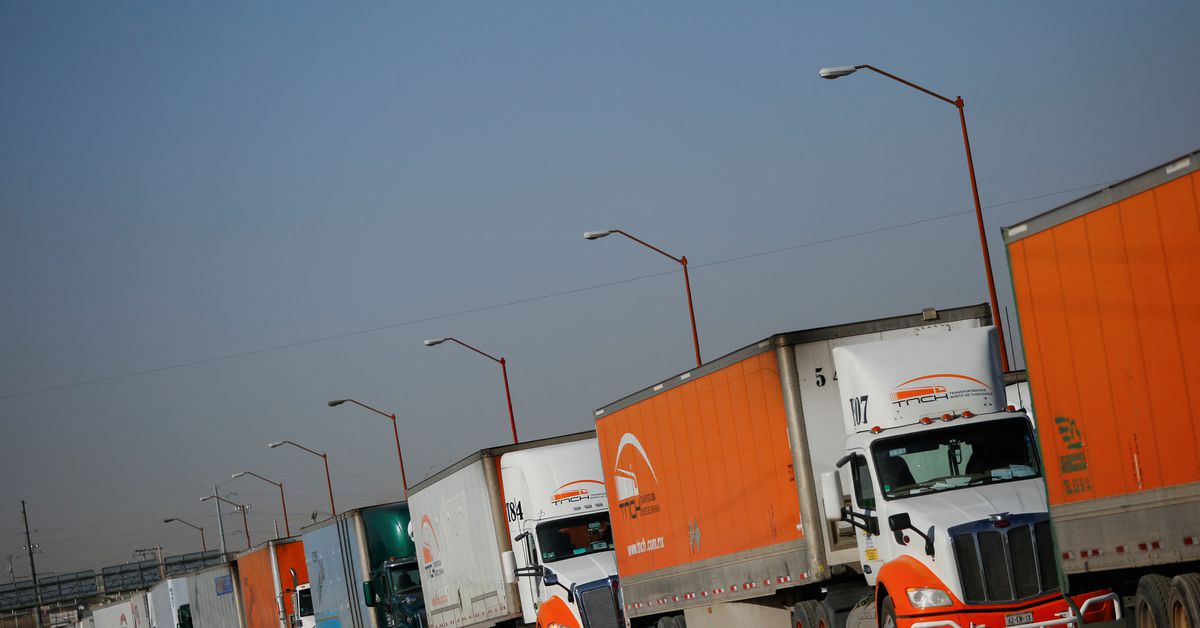 Hundreds of commercial trucks waited in an hours-long line on Saturday to cross the border from the Mexican city of Ciudad Juarez into El Paso after Texas Governor Gregg Abbott ordered state troopers to step up inspections of north-bound vehicles.
"I've been here since 3 p.m. yesterday, I still haven't been able to cross," Mexican truck driver José Alberto Marin said as he waited to reach the port of entry.

"Who knows how much longer it will take," he added, saying that he was hauling a load of lamps bound for the United States.

The commercial border crossings between Ciudad Juarez and El Paso slowed to a snail's pace after Abbott directed the Department of Public Safety on Wednesday to begin conducting "enhanced safety inspections" of vehicles at the international ports of entry into Texas.

Abbott's order cited "cartels that smuggle illicit contraband and people across our southern border" as the reason for the stepped-up measures.

Manuel Sotelo, vice president of the northern region of Mexico's national chamber of freight transportation, said the lengthy wait times could be a "catastrophe" for the region's import-export and shipping industries.

Due to the slowdown, about 1,000 commercial trucks were able to cross the busiest bridge into El Paso on Friday, down from a daily average of 2,000, he said.

Abbott's office did not respond immediately to a request for comment.

Ciudad Juarez is home to hundreds of factories, some owned by American or international companies, that manufacture everything from auto parts to electrical and medical equipment, with many of the products bound for export.
Add Comment