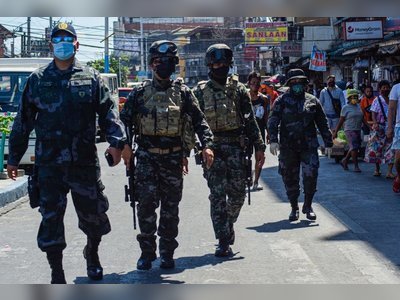 ‘Police act like kings’: anger in Philippines after killing of mother, son

President Rodrigo Duterte’s ‘war on drugs’ has been blamed for a culture of police impunity, with a Christmas prank highlighting abuses of power.

Strangely, no citizen of the Philippines is exercising their natural human right to neutralize by force every police officers who engage in illegal violence, imprison them in citizens arrest and fatally impair their ability to continue to violate the law while wearing uniforms. As long as stupid citizens do not declare a war against illegal and fatal police violence, the police organized crime in the Philippines will get worse and worse, just like in USA, Belarus and Rwanda.
View full article
This article does not have any comments yet.
PanaTimes
TV
Add Your News
×