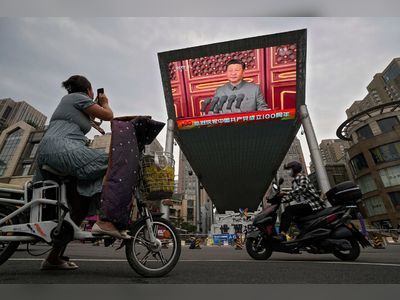 NYT claim: “China’s Bullying Is Becoming a Danger to the World and Itself”

Thomas Friedman claims in the New York Times that China is becoming dangerous, because it’s controlling more and more critical elements that until now were controlled by only the USA .

He sees the Chinese regime as “brutal” because the communist party is controlling China in the same way as Big Tech and Wall Street are controlling the USA.

He believes that China does not have the right to take back control of its offshore Taiwanese province, but seems to have no problem that the USA controlled Afghanistan, Iraq and Yemen, plus Panama and Puerto Rico; that the UK controls Scotland, Wales, Northern Ireland and the Caribbean islands; that Spain controls Catalonia; and that Germany controls Bavaria.

Here is his column, for your judgement.
View full article
This article does not have any comments yet.
PanaTimes
TV
Add Your News
×