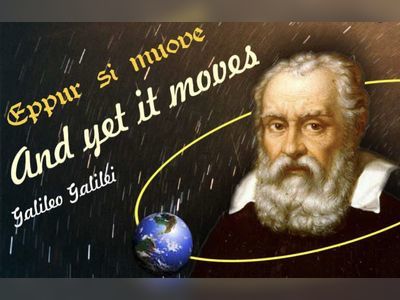 People are furious at the abortions verdict (me too!). But now they are publicly threatening to harm the lives of the judges. And this is the beginning of the end.

Physical harm to judges who have ruled outrageously should never be an option. Never. Anyway, a judgment that deprives a woman of her exclusive right to her own body has no binding legal validity, because the jurisdiction of a judge ends where the personal, private, exclusive area begins. So nothing to be excited about. This is just a meaningless ruling, like the ruling that stated that the world is flat. “E pur si muove“ ("And yet it moves", Galileo Galilei). And yet, women will continue to be the sole owners of their bodies and have abortions if that's what they want, regardless of the irrelevant opinions of judges on this subject.
View full article

Treetopflyer 49 days ago
The issue at hand is federal government overreach, this decision merely rolls the back the individual States in which Georgia and Texas define life as beating heart and have exceptions rape and incest, my personal belief would put it at egg fertilization. Using Abortion as birth control is Premeditated Murder.

The Author 56 days ago
Thanks Sid. This is a good but irrelevant question. As long as the fetus is an integral part of the woman's body, it is outside the territory in which judges and state laws are allowed to intervene.

As long as the fetus is in the womb life is not his but hers.

We must also beware of radicalism and religious fanaticism. God never forbade abortion. Jesus never claimed that abortion was forbidden. And the pope who claims this anyway has never presented any evidence that God or Jesus authorized him to speak on their behalf and to invent in the name of God or Jesus laws that they never thought of and never claimed.

The people have not elected the judges and are not empowered to remove them from their job, so they are not part of democracy but only an element of bureaucracy.

The Supreme Court is not superior to the human rights and is merely superior in the legal-system hierarchy. Just as the Premier League is a premier only in the football league and not in all areas of our lives.

A judge's ruling is valid only as long as it does not cross the border that violates human rights.

Human rights are above the law and not the other way around.

A judge represents only the law, not the justice. Every individual has the full right to practice his or her human rights, and judged permission are not needed for that.

This verdict is, after all, another poisoned fruit of dubious and forceful politics, who forget that they are there to serve and not to dictate, a politic and a verdict which does not reflect the will of the people, so its VOID.

In fact, the final verdict has not yet been handed down, and the hero who leaked that verdict apparently saved the judges from drowning in a pit they dug for themselves.

I hope the public debate on the issue before the final verdict is handed down will force them to change the outcome and bring back the insane Catholic tyranny it reflects back in the bottle.

This genie has no place in the modern times. It belongs to the Dark side of the Catholic history, of the Middle Ages, the Inquisition and the Crusaders.

We have enough of the Catholic modern sins, pedophilia and money laundering, we should not add to this also religious violence against the woman's body.

Sid 56 days ago
What about the life they kill with the abortion? Does that life count?
PanaTimes
TV
Add Your News
0:00
×