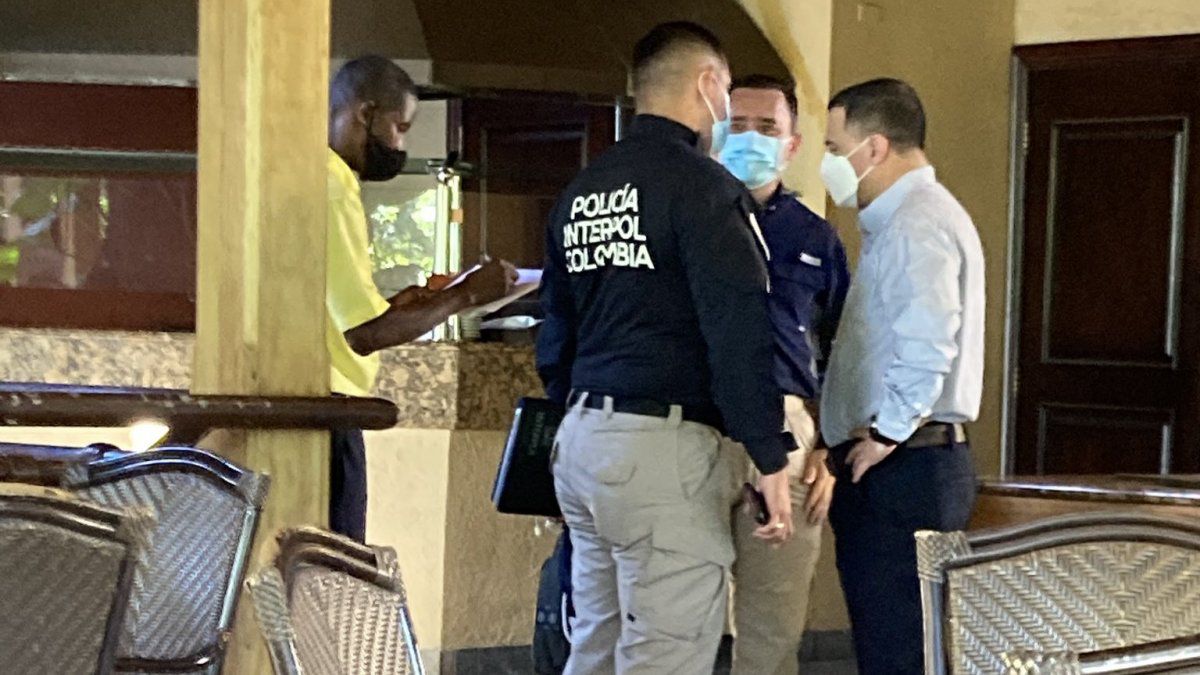 The spokesman for the Government of Haiti, Frantz Exantus, announced the arrival of the Colombian special criminal investigation unit.
A Colombian police team arrived this Saturday in Port-au-Prince, Haiti, to support the investigations into the assassination of the Haitian president, Jovenel Moise, allegedly committed by a command made up mostly of Colombians.

On Friday, the Colombian President, Iván Duque, agreed with the interim Prime Minister of Haiti, Claude Joseph, to send the investigative commission to help "find the truth about the material and intellectual authors of the assassination of President Jovenel Moise", perpetrated last Wednesday.

The Colombian authorities, for their part, announced that they are investigating four companies, the names of which the police are keeping in reserve, since they apparently recruited the mercenaries, who traveled from Bogotá to Port-au-Prince in two groups last May and June.

In addition to Colombia, the United States Government has also announced that it will send investigation teams from the FBI and the Department of Homeland Security (DHS) to Haiti to assist in the investigations.

According to the Haitian authorities, the command was made up of 28 people, of which 26 are Colombians and another two Americans of Haitian origin.

As of Friday, 20 people were arrested and another 3 died during shootings with the security forces, leaving 5 suspects who are unaccounted for.

The Haitian authorities have requested the collaboration of the population to try to capture these five suspects, all of them of Colombian nationality.

At least thirteen of those arrested for their alleged participation in the assassination are soldiers retired from the Colombian Army between 2018 and 2020.