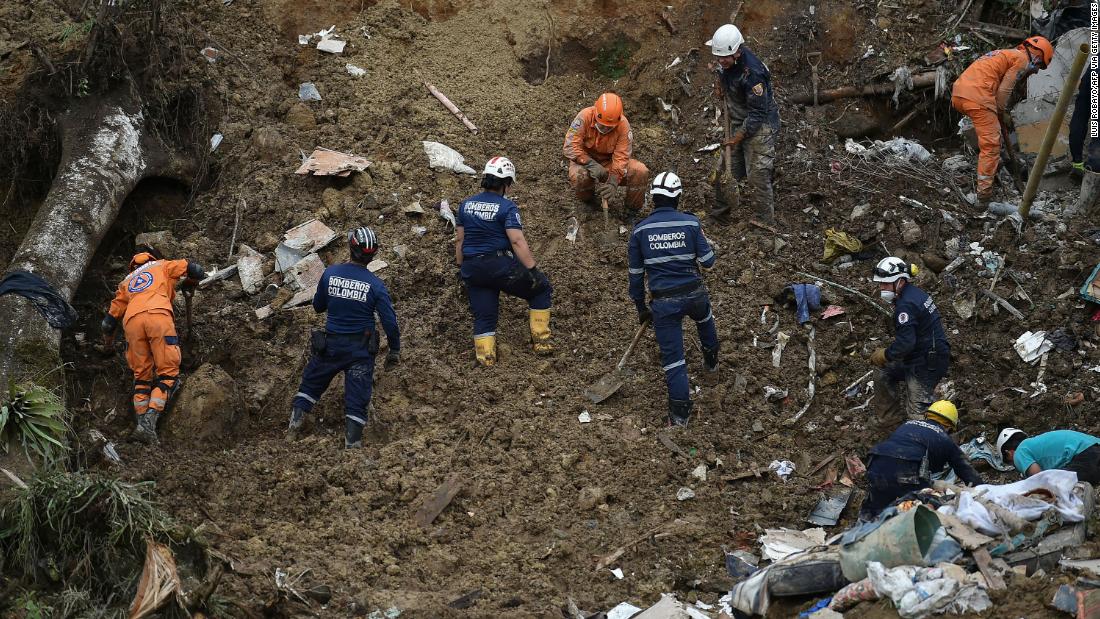 Fifteen people have died and four are missing following a landslide in Colombia, the country's disaster management agency said Wednesday, with search efforts set to continue.

The landslide hit the western city of Pereira on Tuesday morning, according to Colombia's National Unit for Disaster Risk Management.

Thirty-five people were injured, the agency said Tuesday. Four houses were destroyed and 52 homes were evacuated.

Army personnel, firefighters and members of the Red Cross responded to the emergency Tuesday, the National Unit for Disaster Risk Management said. Search operations were due to resume at dawn on Wednesday.

Heavy rainfall in the morning and unstable ground in the area caused the landslide, the agency said in a statement Tuesday. 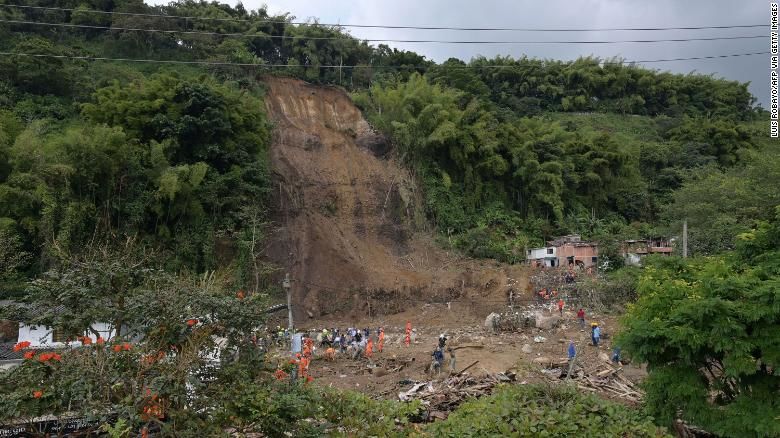 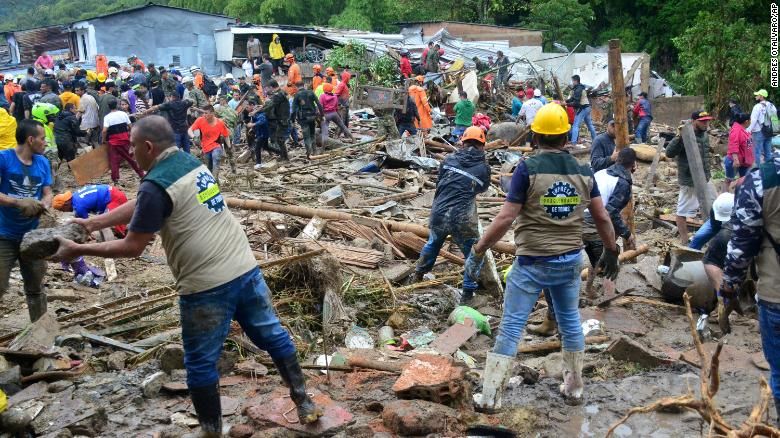 Neighbors join rescue workers in the hunt for survivors after a rain-weakened hillside collapsed over homes in Pereira, Colombia, on Tuesday.

Water and gas services were suspended in the area to avoid other risky situations, the agency said in a tweet.

The government has sent a message of solidarity to the families affected, said agency director Eduardo José González. "We're going to activate rental assistance for families who lost their homes, for which the municipality, government and nation will guarantee that people have this support," he added.

Hundreds of other homes have been affected by heavy rainfall in the country, authorities said.