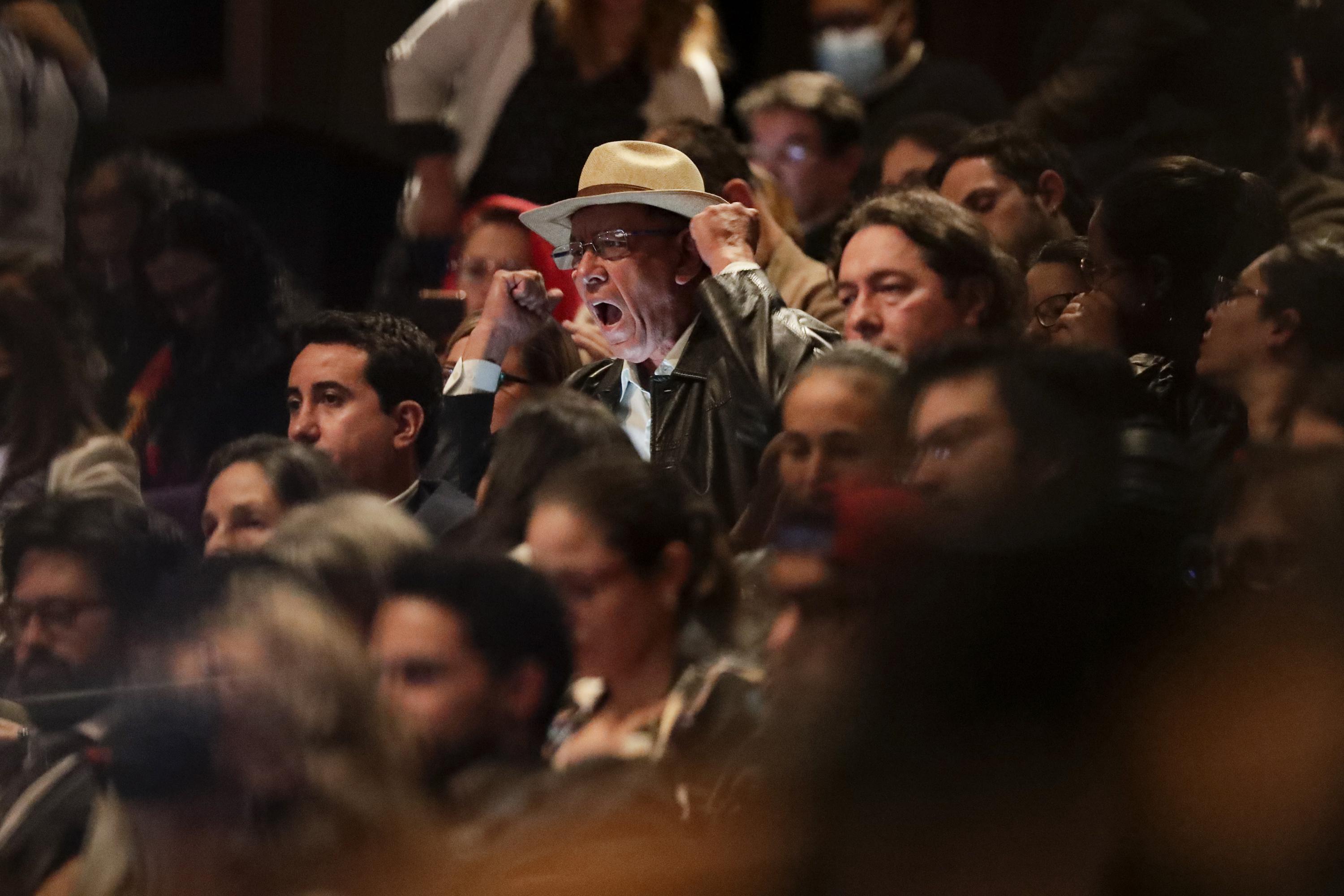 A Truth Commission presented its final report on Colombia’s armed conflict Tuesday, urging the government, military and rebel groups that are still fighting in the countryside to recognize the suffering victims have endured and ensure that political disputes are no longer solved through violence.
The commission is made up of academics and representatives of civil society groups and was set up as part of a 2016 peace deal between the government and the Revolutionary Armed Forces of Colombia that ended five decades of conflict in which at least 450,000 people were killed.

It was tasked with documenting war crimes and publishing its findings in a digital format that will be available to the public. The commission also issued a series of recommendations aimed at stopping future conflicts from taking root in Colombia, including changes to drug policy and transformations in the nation’s military forces.

The 900-page report said 50,000 people were kidnapped between 1990 and 2018 as a result of Colombia’s armed conflict, often by rebel groups who kept hostages for ransom. It also mentioned that more than 7 million people were forced to flee their homes and that 56,000 civilians were killed by Colombia’s armed forces, including 6,300 people who were murdered in remote areas and presented to authorities as rebel fighters killed in action.

The report called for major changes to Colombia’s military and police forces, which have received more than $8 billion from the U.S. over the past two decades.

It said the military’s objectives should be re-evaluated and that all human rights violations committed by security forces should be tried by civilian courts.

The truth commission’s report also discussed drug related violence in Colombia and called on the nation’s government to regulate the drug trade so that its profits go to government agencies and not drug trafficking groups. It suggests that Colombia restart peace negotiations with the National Liberation Army, Colombia’s largest remaining rebel groups.

The Truth Commission’s recommendations are not legally binding. But some will likely be implemented by Colombia’s new government which will take over in August. President-elect Gustavo Petro attended the ceremony where the report was presented to the public and said its recommendations would “effectively become part of Colombia’s history.”

The leftist senator, who was once a member of a rebel group, said during his campaign that he will re-establish diplomatic relations with neighboring Venezuela whose socialist government is not recognized by the United States. Petro has also called for reforms to Colombia’s defense forces, suggesting he police should stop being used for military operations and be placed under greater civilian oversight.

The presentation ceremony was not attended by President Ivan Duque, who was in Portugal for the UN Ocean Conference. So the Truth Commission’s president, Jesuit priest Francisco de Roux, handed the report and its recommendations to Petro instead.

“We are confident that President Petro will incorporate these recommendations into institutional spaces of dialogue and debate, so that we can make the changes that are needed” De Roux said.

A separate war crimes tribunal called the Special Jurisdiction for Peace is also investigating crimes that happened during the armed conflict.
Add Comment