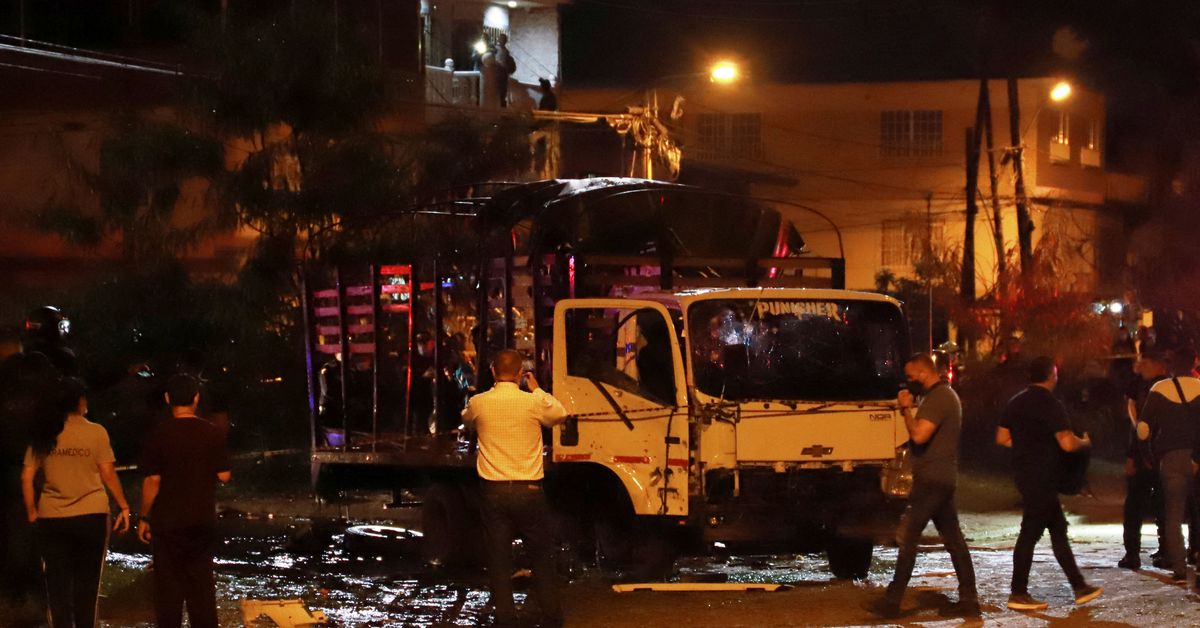 Colombia's leftist rebel National Liberation Army (ELN) on Saturday claimed responsibility for an attack in the country's third-largest city, Cali, that injured more than a dozen police officers.
ELN operatives carried out the bombing, which was directed against members of ESMAD, the Colombian national police's feared anti-riot unit, late on Friday, while they were traveling in a vehicle.

"At 9:55 pm on Jan. 7, our units carried out an operation against ESMAD ... in the city of Cali," the ELN said in a statement published on a website belonging to its so-called urban front, adding that its members withdrew uninjured.

The ELN and national police both confirmed that 13 officers were injured in the attack, with police officials saying that some were seriously hurt. No deaths were reported.

The attack drew condemnation from the government and police, with President Ivan Duque decrying it as an attempt by the rebels to influence presidential elections later this year.

"Colombia does not and will not bend to terrorism and our government will never reward terrorists," Duque said in a message on Twitter.

The ELN is estimated to have some 2,350 combatants and has fought the government since its 1964 founding by extremist Roman Catholic priests.

Peace talks between the ELN and Colombia's government were put on ice after a rebel bombing killed 22 police cadets in 2019.

The government accuses Venezuela's President Nicolas Maduro of harboring ELN rebels and dissident members of the demobilized FARC guerrillas who reject a 2016 peace deal, something the government in Caracas has repeatedly denied.
Add Comment