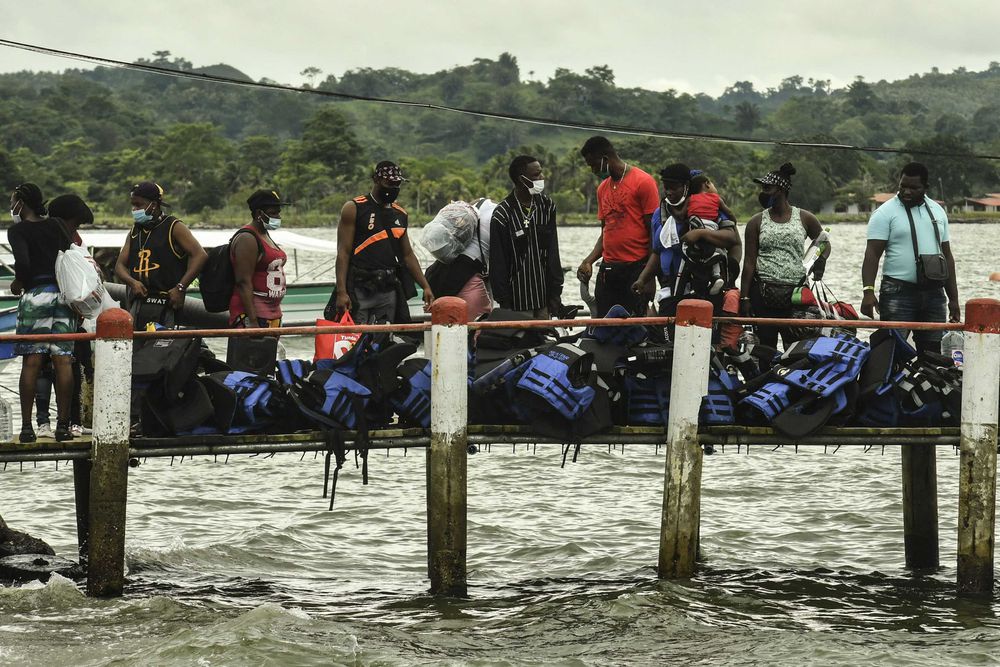 Colombia proposed this Saturday, July 31, to dialogue with Panama to alleviate the crisis caused by an unusual flow of Haitian, African, Venezuelan and Cuban migrants bound for North America on the border between the two countries.
"Immediate dialogues will begin with the Republic of Panama to agree that these migratory flows have a focus on arrival" to the Central American country, Defense Minister Diego Molano announced in a statement to the media.

For several weeks, thousands of migrants have been waiting in the Colombian port of Necoclí for boats to take them to the border with Panama, the next stop on their journey to the United States or Canada.

The arrival of a large quantity exceeded the capacity of the local shipping company to take them to the border municipality of Acandí. Some 10,000 people, including numerous minors and pregnant women, are stranded in the municipality of 45,000 inhabitants, according to Molano.

The agglomeration of people in the middle of the pandemic makes the authorities fear an outbreak of coronavirus when the third wave that Colombia suffers subsides. But the residents of Necoclí celebrate the presence of the migrants because they boost the economy of the small tourist port hit by the pandemic, an AFP photographer confirmed.

Migrants rent hotel rooms and private houses while waiting for a place in the dozen boats that daily cross the Gulf of Urabá, one of the main transit points for migrants seeking to cross on foot to Panama through the jungle corridor known as the Darién Gap, bound for Central America.

According to Panama, about a thousand "irregular" migrants cross the Darien Gap every month.

Colombian authorities denounce international networks that transfer migrants from Chile - or other countries on the continent - to the department of Nariño, on the border with Ecuador, where "mafias" charge them up to $ 300 to take them to the borders with Panama.
#Coronavirus
Add Comment