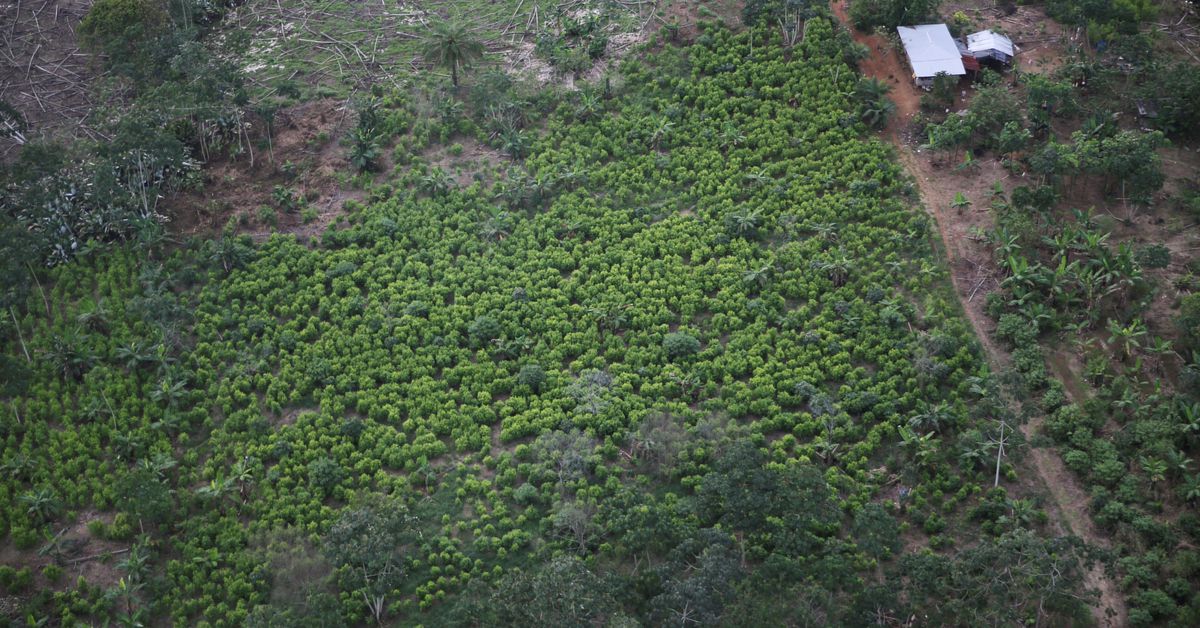 Colombia's potential cocaine output fell to 972 tonnes in 2021, from 994 tonnes in the previous year, the U.S. White House Office of National Drug Control Policy (ONDCP) said on Thursday, adding the size of coca crops, the drug's chief ingredient, also declined.
The area taken up by coca cultivation last year fell to 234,000 hectares (578,227 acres), the ONDCP said in a statement, down from 245,000 hectares in 2020.
Drug trafficking and the war on drugs are major contributors to Colombia's armed conflict, according to a recent report from the country's truth commission, which was established as part of a 2016 peace deal with the now demobilized FARC guerrillas.

Despite decades of anti-narcotics efforts, Colombia remains one of the world's top cocaine producers. Leftist rebels, crime gangs and former right-wing paramilitaries are all involved in production and transport to consumers based largely in North America and Europe, according to security sources.

"The Biden-Harris administration is committed to continuing close cooperation with our partners in South America to address our shared challenge of drug production, trafficking and use," ONDCP director said Rahul Gupta said in the statement.

The United States will pursue policies of expanding care for substance use and will address root causes of participation in illicit economies in coca-growing regions, which include poverty, insecurity and a lack of access to services, Gupta said.

While Colombia's and Peru's potential cocaine production and coca-crop area fell versus 2020, both remained higher than before the coronavirus pandemic, according to data shared by the ONDPC.