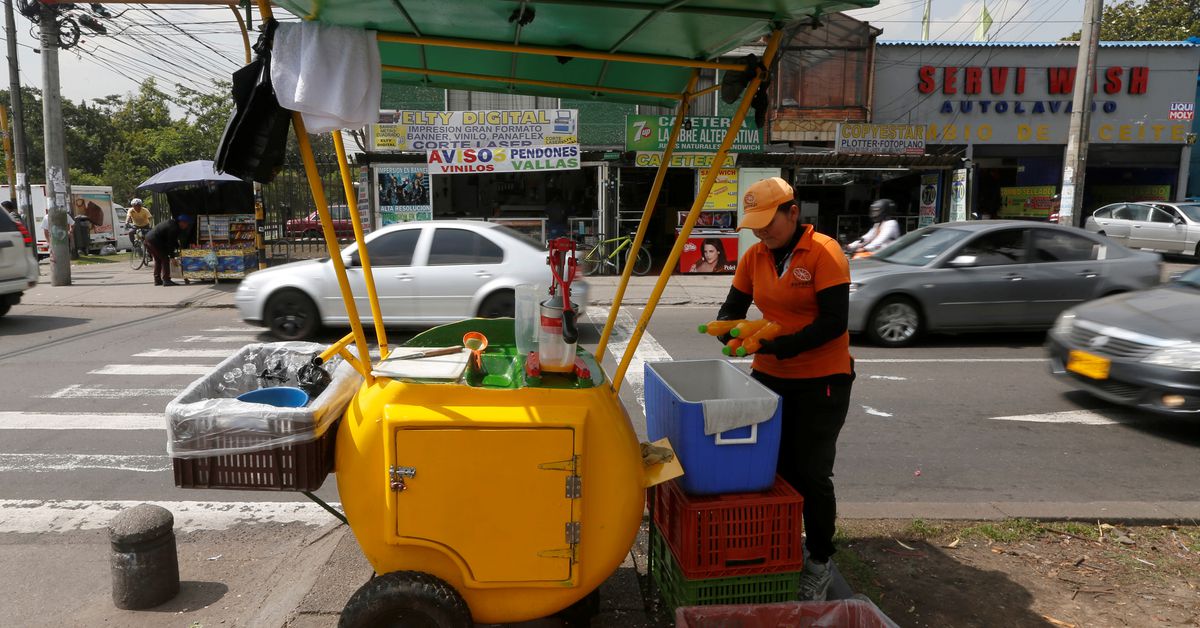 Colombia's inflation figures will have registered another increase in March, taking them to nearly triple the central bank's target rate and pressuring policymakers to further raise borrowing costs, a Reuters survey showed on Thursday.
According to the median estimate from 17 analysts, consumer prices will have increased 0.92% in March, compared to 0.51% in the same month last year and 1.63% in February.

If the median expectation is met, inflation will have accumulated 8.45% in the last 12 months, nearly three times the bank's target rate of 3%.

"We are predicting an inflation peak at a level of 8.5% for between March and April and from there inflation should fall," said Muni Jalil, head economist for the Andean region for BTG Pactual.

The government statistics agency will publish the figures on Tuesday.

Analysts estimates for inflation at the close of this year were up to 6.40%, from 5.50% in the previous survey at the end of February.

Those polled said inflation is likely to lead the central bank to increase borrowing costs to 5.50% on Thursday and to up to 8% by the end of this year.

Inflation is soaring in countries around the world, stoked by global supply-chain issues, the COVID-19 pandemic and Russia's month-old invasion of Ukraine. In Colombia increases in domestic consumption and the minimum wage are also pushing up prices.
#COVID-19  #Covid
Add Comment