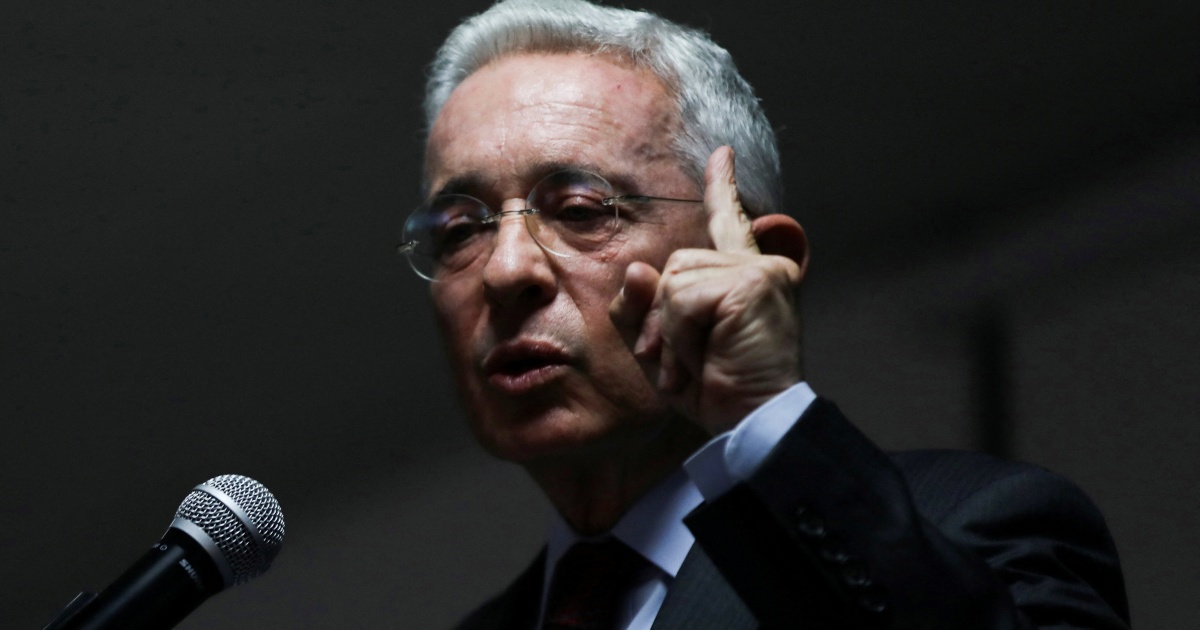 The judge dismissed a request by the attorney general to shelve the witness-tampering case against the former president.

A judge in Colombia has dismissed a request to shelve a witness tampering investigation into former President Alvaro Uribe.

The former leader is being investigated in relation to allegations he tampered with witnesses in an attempt to discredit accusations he had ties to right-wing paramilitaries.

Judge Carmen Helena Ortiz on Wednesday dismissed a request by the country’s attorney general’s office to halt the investigation.

The office had said the allegations do not “have the characteristics of crime”.

However, Ortiz said “it is clear for the chambers that there exists a possible hypothesis about the material nature of the crime of bribery”.

“The chambers rejects the petition for preclusion of the investigation for the crimes of penal bribery and procedural fraud,” she said.

Critics have acccused the attorney general’s office of going light on Uribe, who served as president from 2002 to 2010 and remains widely influential.

Colombia’s Supreme Court in 2018 launched an investigation into Uribe, who was at the time serving as a senator, and his associates had bribed and pressured potential witnesses during the probe. Uribe stepped down from his post, testified in 2019 behind closed doors, and was placed under house arrest in August 2020. A judge lifted the house arrest order two months later.

However, the Supreme Court, which was initially leading the investigation because it concerned a sitting legislator, handed the case to the attorney general’s office after Uribe left office.

Critics have said Uribe’s resignation was a ploy to have the case moved to a less rigorous legal body.

The former leader remains a starkly polarising figure in Colombia.

Critics say that he was complicit in an array of human rights abuses committed during his presidency under his hardline stance against leftist armed groups, notably the Revolutionary Armed Forces of Colombia [FARC],

Supporters and allies say he was fundamental in weakening the FARC after years of deadly civil war.

The FARC and the government signed a peace deal in 2016.