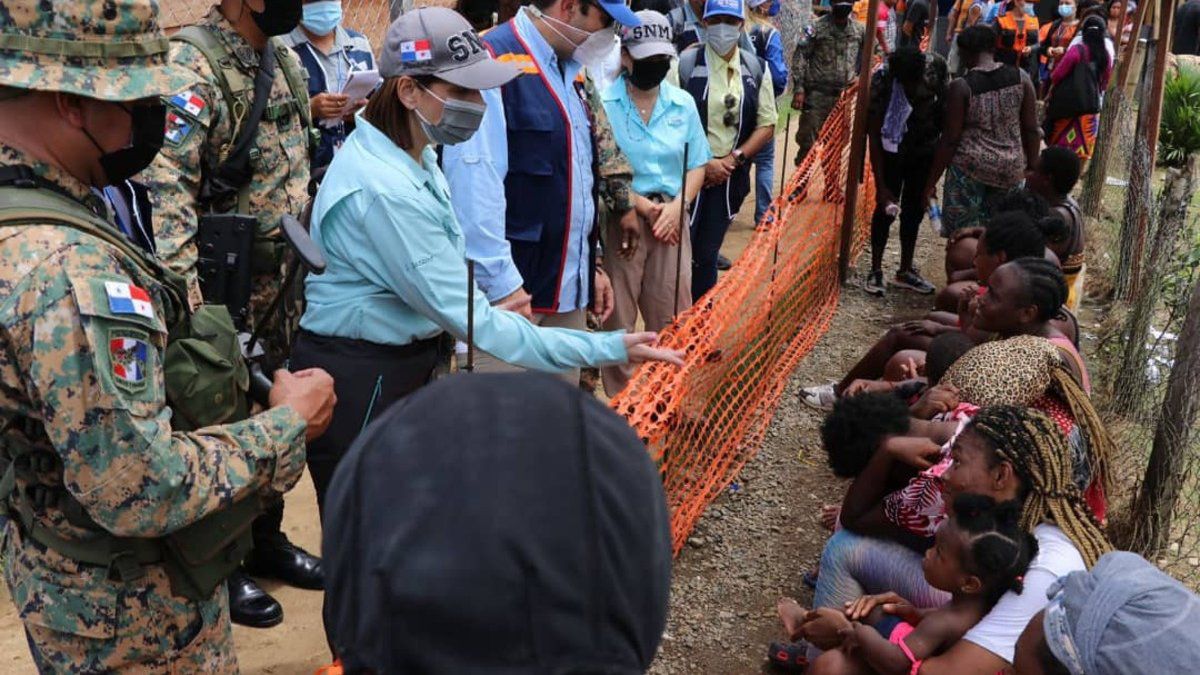 Authorities from Panama and Colombia will meet next Friday in Carepa to follow up on the agreements on migratory flows.
The director of the National Migration Service of Panama, Samira Gozaine, said on Monday that Colombia is not complying with the agreements that both countries reached last August to control the irregular migratory flow.

Prior to the recent agreements, Panama reported that peaks of up to 1,500 migrants a day were entering the country, for which they established an entry quota of 650 migrants, progressively reaching 500, however, according to Gozaine this has not been fulfilled.

The official announced that authorities from both countries will hold a follow-up meeting next Friday in Carepa, “in that meeting we will establish these criteria, we will notify our counterparts and the Foreign Ministry that these agreements are not being fulfilled and we will verify with them what situations they are being given so that they do not comply with what they committed to with Panama.”

The Panamanian delegation will be headed by the Minister of Public Security, Juan Pino.

The Director of Migration acknowledged that although it is a complex situation, the will of the parties is required, "Panama receives many people and we fulfill our commitment to Costa Rica."

“There they buy tickets for a barge that moves them from one place to another, that is, there is a way that they can control the migrants who are entering Panama, and we are asking them for the same security. The only way for us to know what happened to the people, who remains in the jungle, is by knowing who is coming,” said Gozaine, during a tour in the Bajo Chiquito community, Darien province, to verify the situation of the migrants.
#Costa Rica
Add Comment