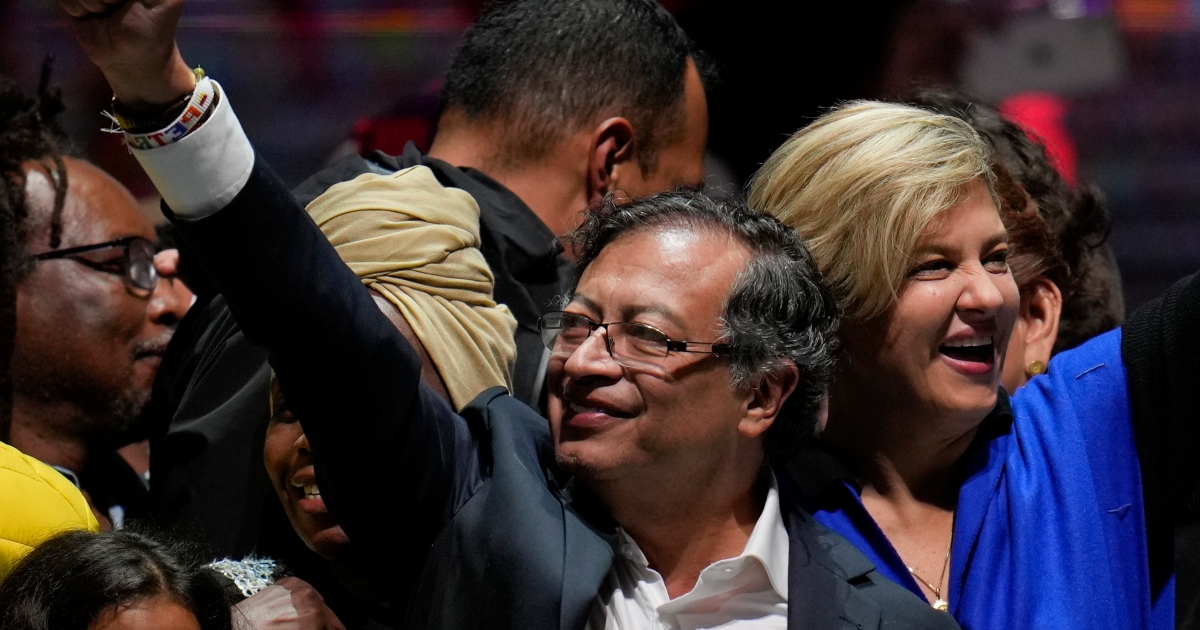 The victory of Gustavo Petro in Colombia’s presidential election has continued a leftward swing in Latin America – and was quickly praised by left-wing leaders across the region and the world.

Argentina’s President Alberto Fernandez, who took office in 2019 after running on a left-leaning platform, tweeted on Sunday that Petro’s victory “validates democracy and ensures the path towards an integrated Latin America in this time when we demand maximum solidarity amongst brother peoples”.

The feeling of the fraternity was echoed by several other leaders in the region. Argentina, Peru, Chile, Mexico, Bolivia and Honduras have all moved to the left in their last elections, although some observers have argued the shift is rooted more in populism than ideology.

Peru’s Pedro Castillo, a rural school teacher and trade unionist who took office in 2021 and has been dogged by a legislature dominated by the right-wing opposition, said he looked forward to working with an ally.

“We are united by a common feeling that seeks improved collective, social and regional integration for our peoples,” he said.

“We will work together for the unity of our continent in the challenges of a world changing rapidly,” he tweeted.

Meanwhile, Bolivia’s Luis Arce, a member of the Movement of Socialists party who took office in 2020, said “Latin American integration is strengthened”.

For his part, Mexico’s President Andres Manuel Lopez Obrador said Petro’s success could herald a healing period in the country. He referenced the 10-year Colombian civil war that broke out following the assassination of left-wing presidential candidate Jorge Eliecer Gaitan in 1948.

The conflict was a precursor to the six-decade-long conflict between the government and left-wing rebel groups, most notably the Revolutionary Armed Forces of Colombia (FARC) which signed a peace deal with Bogota in 2016.

“Today’s triumph can be the end of this curse and the awakening for this brotherly and dignified people,” said Lopez Obrador.

The 62-year-old Petro had been a non-combatant member of the M-19 rebel group, for which he was briefly jailed and allegedly tortured. The group became notorious for taking the country’s top judges hostage in a confrontation that killed almost 100 people in 1985.

He has sought to dispel accusations that his government will favour former rebels and that he will institute policies that have caused a social and economic crisis in neighbouring Venezuela. He has pledged low-cost loans for small businesses and redistribution of pensions to ensure casual workers receive a minimum payment.

The former congressman has also said he wants to increase taxes on owners of large tracts of unproductive land and start weaning Colombia off income from oil and coal, which he has described as poisons comparable to cocaine. In that vein, he has said he wants to shift Colombia’s relationship with the United States away from anti-narcotics policies and towards the fight against climate change.

Venezuelan leader Nicolas Maduro, who had fraught relations with outgoing Colombian President Ivan Duque over the latter’s support of Venezuelan opposition figure Juan Guaido and his accusations that the Venezuelan military was collaborating with Colombian rebel groups, welcomed Petro’s victory.

“The will of the Colombian people has been heard, it went out to defend the path to democracy and peace,” said Maduro.

“Incredible news from Colombia with the election of a socialist president, who has shown the power of community organising to build a popular policy platform to heal the divisions of the past and bring about social justice,” said Corbyn.