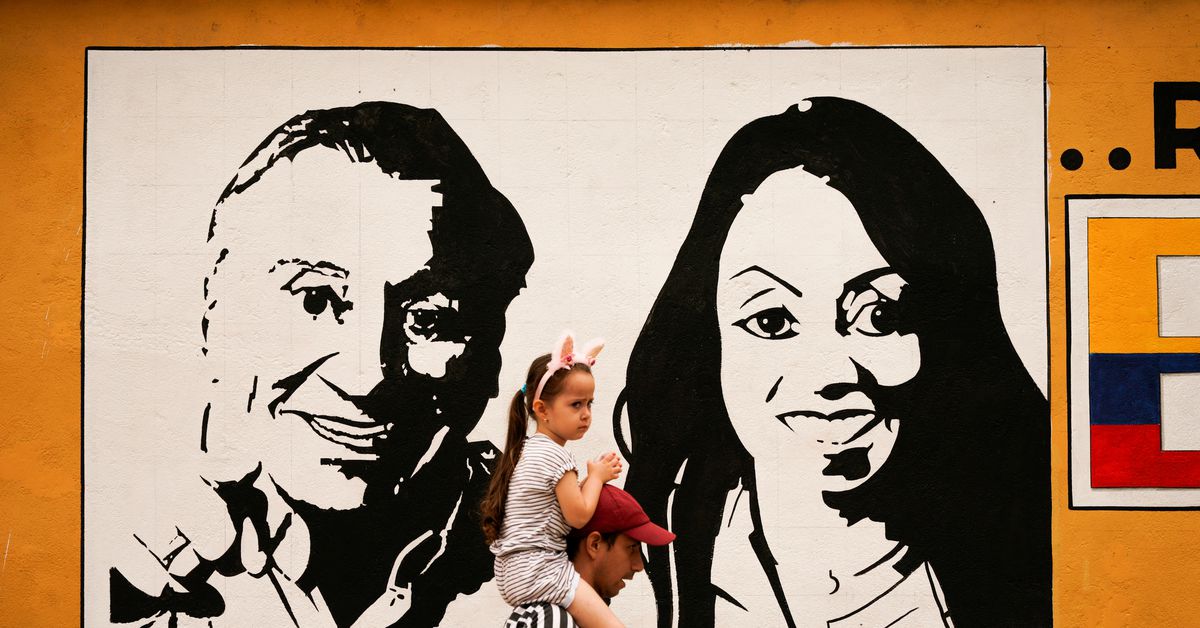 Polls have closed in Colombia, where voters turned out on Sunday to elect their next president, choosing between a leftist former guerrilla who is pushing profound social change and an eccentric construction magnate who has promised to fight corruption.
The national registrar has told local media he expects preliminary results by 7 p.m. local time (0000 GMT).

Candidates Gustavo Petro, once a member of the M-19 rebels, and Rodolfo Hernandez, who first gathered support through TikTok videos, were technically tied in polling.

His proposals - especially a ban on new oil projects - have startled some investors, though he has promised to respect current contracts.

"We're one step from achieving the real change we have waited for all our lives," Petro wrote on Twitter. "There are no doubts, only certainty. We are going to make history."

Petro, who is making his third presidential bid, would be Colombia's first leftist president, adding the Andean nation to a list of Latin American countries that have elected progressives in recent years.

Petro, 62, said he was tortured by the military when he was detained for his involvement with the guerrillas and his potential victory has high-ranking armed forces officials bracing for change.

"Today I'm voting for my daughter - she turned 15 two weeks ago and asked for just one gift: that I vote for Petro," said security guard Pedro Vargas, 48, in Bogota's southwest.

"I hope this man fulfills the hopes of my daughter, she has a lot of faith in his promises," added Vargas, who said he never votes.

Hernandez, who served as mayor of Bucaramanga, was a surprise contender in the run-off and has promised to shrink government and to finance social programs by stopping corruption.

He has also pledged to provide free narcotics to addicts in an effort to combat drug trafficking.

Despite his anti-graft rhetoric, Hernandez is under a corruption investigation himself over allegations he intervened in a trash management tender to benefit a company his son lobbied for. He has denied wrongdoing.

Hernandez - like Petro - has pledged to fully implement a 2016 peace deal with FARC rebels and seek talks with the still-active ELN guerrillas, even though he accuses that group of kidnapping and murdering his daughter Juliana in 2004.

The ELN has denied any involvement and her body has never been found.

"The election is simple. Vote for someone who is controlled by the same people as always or vote for me, who isn't controlled by anyone," said the 77-year-old, who has eschewed traditional campaigning in favor of posting whimsical social media videos.

Jose Mesa, 43, a farmer from Bucaramanga, said he had never voted before but was supporting Hernandez.

"He has the values this country needs," Mesa said. "We like that he says things directly."

Hernandez has pledged to respect the results, while Petro has raised doubts about the integrity of the count after irregularities in congressional tallies in March.

Petro on Sunday urged voters to check their ballots for any extraneous marks which could invalidate them, saying there was a "systematic" attempt to nullify votes for him.

Both men have canceled campaign events because of what they said were threats to their lives.

Defense Minister Diego Molano told journalists on Sunday afternoon that the killing of an electoral volunteer in Guapi, Cauca province, was under investigation.

Colombia's police said this week they are on maximum alert after detecting plans by radical groups to commit acts of violence connected to the vote.

Some 39 million Colombians are eligible to cast ballots.

Just under 55% of them turned out for the first round - which, like the second, is taking place over a holiday weekend.
Add Comment