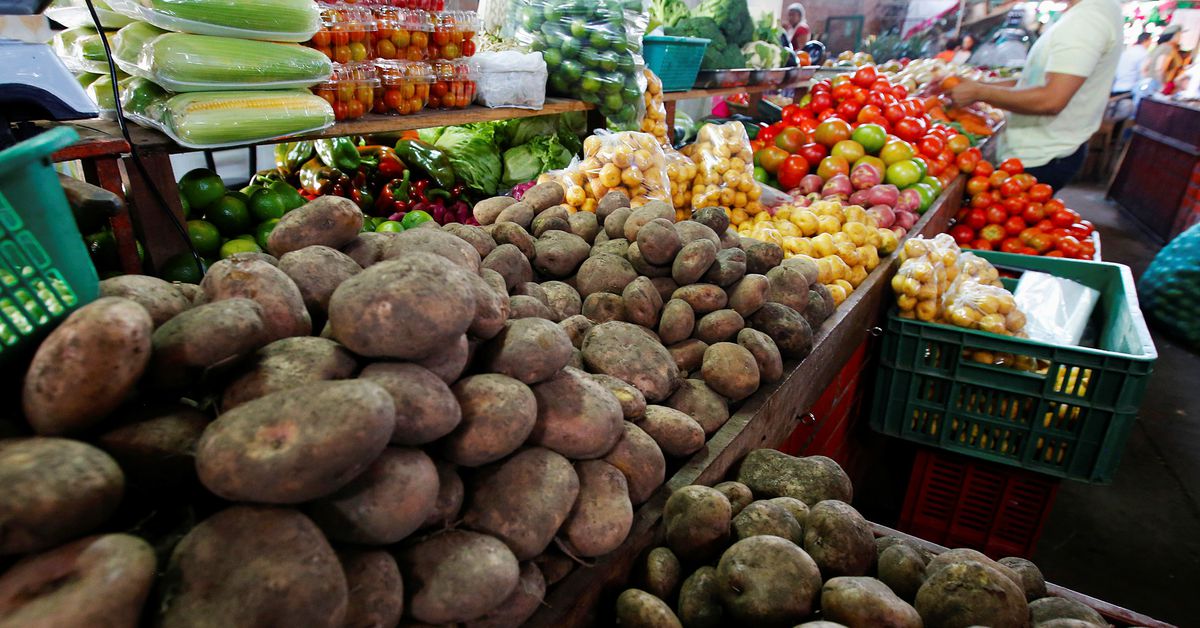 Colombia's inflation is forecast to have shown further upward growth in August, a Reuters poll revealed on Thursday, as consumer prices rose on food and housing costs, something that could push the country's central bank to keep hiking its benchmark interest rate.
According to the median taken from 14 analysts' forecasts, Colombia's consumer prices could have risen 0.58% in August. The estimates ranged from 0.47% to 0.64%.

A rise of 0.58% would take Colombia's 12-month inflation to 10.30%, higher than the 10.21% recorded in July. It would see consumer prices at their highest levels since early 2000 and once again moving further from the central bank's 3% target.

"We expect inflation will have accelerated again in August, this time the food and housing sectors once more putting the most pressure on prices," said David Cubides, director of economic research at the Alianza brokerage.

The government's DANE statistics agency will publish its inflation report on Monday, Sept. 5.

The poll also saw analysts hike their estimates for Colombia's full-year inflation in 2022 to 10.10%, from 9.20% last month, which the analysts expect will pressure the central bank to once again raise the benchmark interest rate.

The monetary policy authority has hiked the cost of money by a total of 725 basis points since launching an upward cycle in September 2021, taking the benchmark interest rate to 9%, its highest level since February 2009.

"In 2023 we anticipate a significant drop in the indicator amid moderation in activity, high interest rates and the effect of base prices," Cubides added.

In mid-August, the central bank's board chief, Leonardo Villar, warned that the inflation outlook for Latin America's fourth-largest economy suggests consumer price growth will take a "long time" before returning to the 3% target.
Add Comment