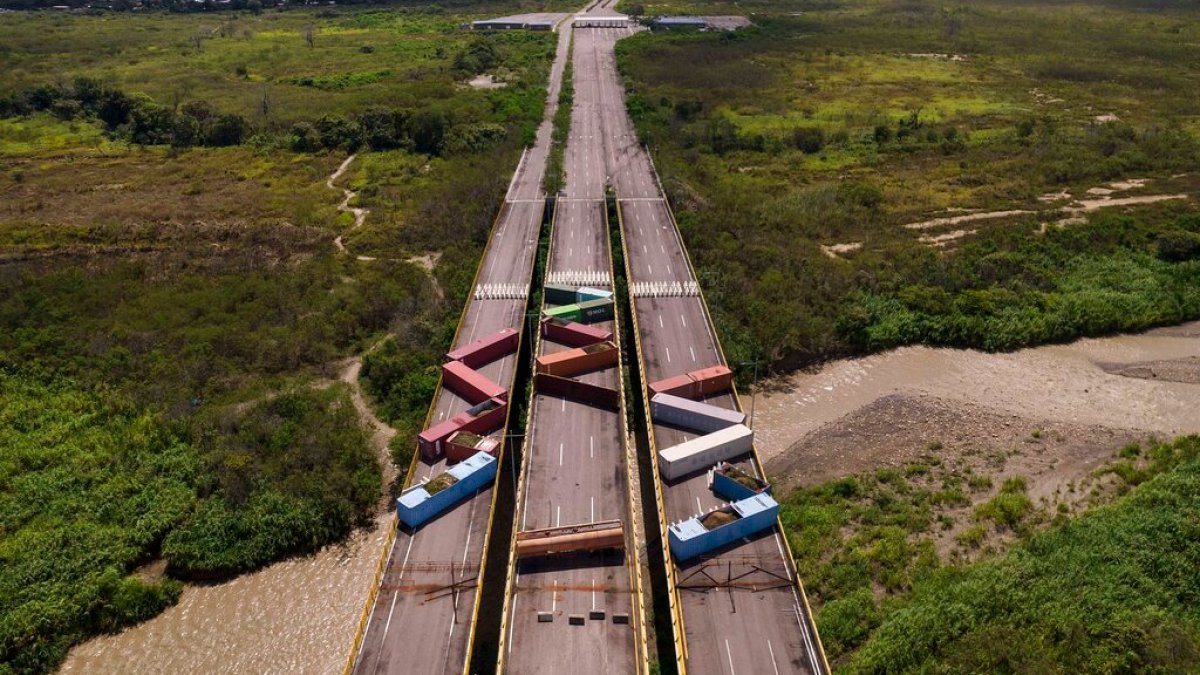 Colombia and Venezuela to reopen shared border to cargo transport

Easing of restrictions comes as neighbouring countries seek to normalise relations after years of tension.

The presidents of Colombia and Venezuela have announced that commercial flights will resume between the two nations and cargo transport will be allowed across their shared border on September 26 after a years-long closure.

The announcement on Friday marks the latest example of increased cooperation between the neighbouring countries since left-wing Colombian President Gustavo Petro took office in August on a promise to re-establish formal relations with Venezuela.

The 2,200km (1,370-mile) shared border between Colombia and Venezuela is currently open to pedestrian traffic, but only limited cargo transport.

“We confirm the government’s commitment to restore brotherly relations,” Petro said on Twitter on Friday. Venezuelan President Nicolas Maduro also tweeted that “the exchange and cooperation between our peoples are starting off on the right foot”.

“In addition, we will resume flights between Caracas-Bogota and Valencia-Bogota,” Maduro added.

Last month, the two countries restored full diplomatic relations after a three-year break. Both countries have now accepted each other’s ambassadors, but the two heads of state have yet to announce a state visit.

Under Petro’s right-wing predecessor Ivan Duque, Colombia refused to recognise Maduro as Venezuela’s leader after his 2018 re-election, which Duque said was fraudulent.

Colombia’s ambassador arrived in Venezuela last month and was welcomed by Venezuela’s Deputy Minister of Foreign Affairs Rander Pena Ramirez, who tweeted that “our historical ties summon us to work together for the happiness of our peoples”.

Caracas broke off ties with Bogota in 2019 after members of the Venezuelan opposition tried to cross from Colombian territory with trucks loaded with food and medicine.

It also closed the border, saying the aid masked an attempted coup by the opposition with support from the United States. Embassies and consulates in both countries were shut down, and flights between the neighbours were grounded.

Maduro had ordered the closure of legal crossing points in 2015 after an incident during an anti-smuggling operation along the border. Foot traffic eventually resumed, and some cargo continued to move through a bridge in the north.

The closures have not ended the transportation of various goods, some of them over dirt roads by armed groups, into Venezuela. Criminal groups have also used the roads for trafficking operations.

Colombia has previously accused Venezuela of offering assistance and shelter to armed groups in the border region, a claim bolstered by a report by Human Rights Watch in March.

The Chamber of Venezuelan-Colombian Economic Integration has estimated that reopening crossings to vehicular traffic could result in a substantial increase in commerce, from $406m last year to an estimated $1.2bn this year.

The Venezuelan government has said the economic activity within a year of a fully reopened border could be more than $4bn.