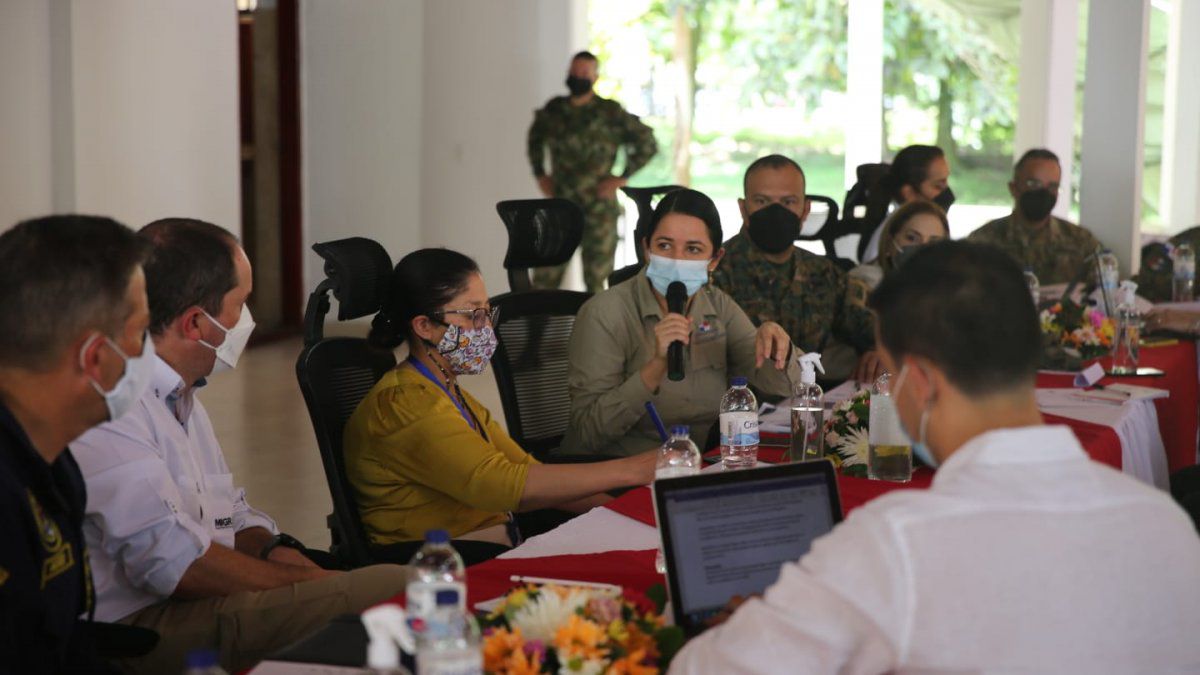 With this new agreement, Panama and Colombia will make a joint presentation of the irregular migration route in which both are transit countries.
During a meeting held this Monday in Carepa, Antioquia, the authorities of Panama and Colombia agreed to establish a quota for the daily transit of migrants, through the border between both countries.

The Panamanian Foreign Ministry informs that next Wednesday, August 11, the agreed figure will be released, which responds to the capacity of migrants that the reception system of Panama can serve.

"With this new agreement, Panama and Colombia will make a joint presentation of the irregular migration route in which both are countries of transit, during the ministerial meeting called by the Panamanian government for this Wednesday, August 11," says the entity.

It details that the binational agreement also contemplates the exchange of information in a timely manner and a report of the migrants who embark for Panama, taking into account the security regulations and international biosanitary measures; In addition, to monitor the evolution of the situation, the Panamanian and Colombian delegations will meet weekly.

The Foreign Ministry adds that this report will be compared with Costa Rica, with whom Panama already has a quota system for the orderly and safe passage of irregular migrants bound for North America.

In the ministerial meeting, which will be held virtually under the auspices of Panama, the foreign ministers of Brazil, Colombia, Costa Rica, Chile, Ecuador and Mexico, and a representative of the US State Department will participate.

"We want to present a common position, Panama, Colombia and Costa Rica, to offer concrete proposals to the other countries that receive migrants or are their final destination and identify our respective responsibilities," said Panamanian Foreign Minister Erika Mouynes about the next meeting.

It is worth mentioning that the ministry meeting this Monday was held in order to specify the points agreed by the Foreign Ministers of Panama, Erika Mouynes, and Marta Lucía Ramírez, of Colombia, last Friday, August 6, among which are : the control of the migratory flow, the safe transfer of migrants and the prosecution of human trafficking in the border area.
#Costa Rica  #Erika Mouynes
Add Comment