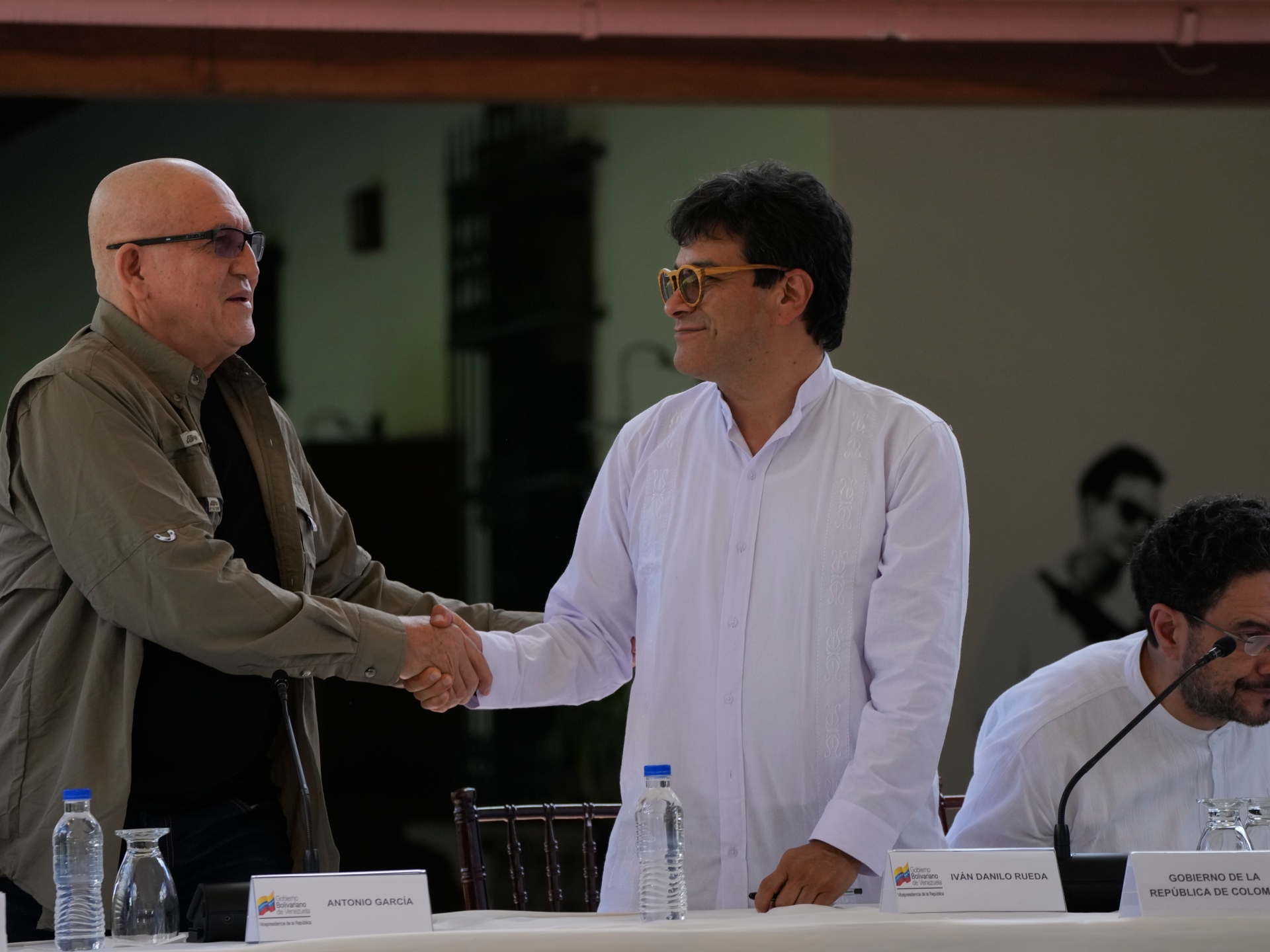 Officials say Norway, Venezuela and Cuba would be “guarantor states” and civil society groups would be “essential”.

Colombia’s government and the left-wing National Liberation Army (ELN) rebel group have announced that they will reestablish peace talks that were suspended in 2018.

Delegations of Colombia’s government and the ELN will restart negotiations after the first week of November, the parties said in a statement on Tuesday signed by ELN commanders Antonio Garcia and Pablo Beltran as well as the country’s high commissioner for peace, Danilo Rueda.

“For Colombia’s government and the ELN, society’s participation in this process is essential in the changes that Colombia needs to build peace,” according to the statement, which was released Tuesday during a news conference in Venezuela’s capital, Caracas.

The statement also added that Norway, Venezuela and Cuba would be “guarantor states” in the talks and that the participation of civil society groups would be “essential” for the peace talks to succeed.

Rueda had travelled to Cuba to meet ELN representatives in Havana just days after the August inauguration of Gustavo Petro, the first left-wing president to lead Colombia.

“We think that, with this opportunity, Colombia’s new political circumstances have allowed negotiations to restart,” Garcia told journalists Tuesday. 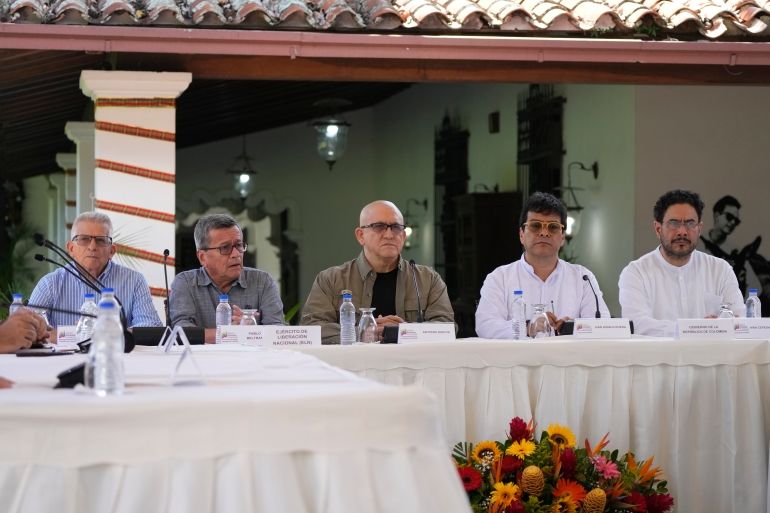 Asked about the possibility of a bilateral ceasefire, Rueda said the parties were still “in a phase of building trust” and that whatever is agreed on will be by both sides and will be fulfilled.

Previous attempts at negotiations with the ELN, which has an estimated 2,400-4,000 combatants and is accused of financing itself through drug trafficking, illegal mining and kidnapping, have not advanced partly because of dissent within its ranks.

Representatives of the ELN, which was founded in 1964 by radical Catholic priests, remained in Cuba after previous talks, begun under the government of former Colombian President Juan Manuel Santos, were called off in 2019.

Following a 2016 peace deal between the Colombian government and the Revolutionary Armed Forces of Colombia (FARC), the ELN became the nation’s largest remaining armed group. Since then, it has increased its activities in territories that were formerly under FARC control. The group is known for staging kidnappings for ransom and attacks on oil infrastructure and has been listed as a terrorist organisation by the United States and the European Union.

Petro has said discussions could begin where those with the Santos administration left off and that he would recognise the protocols agreed with help from guarantor countries such as Norway and Venezuela. 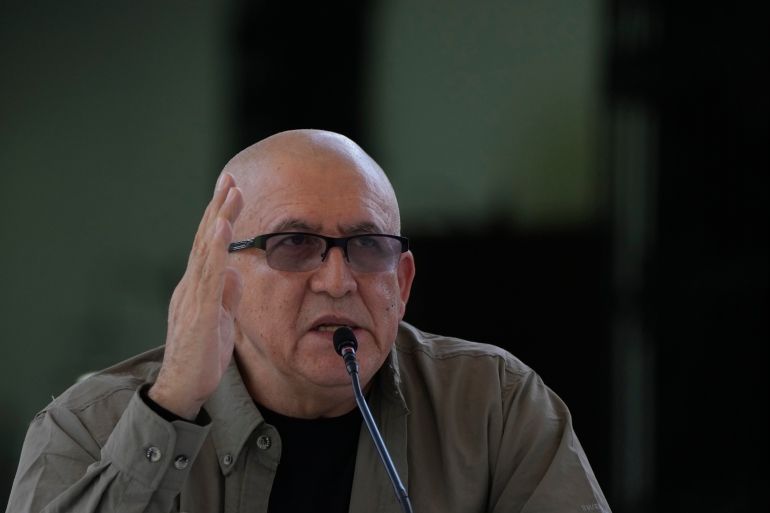 Antonio Garcia, of the Colombian armed group National Liberation Army (ELN), speaking to the press after signing the agreement

Talks between the ELN and the Santos government began in Ecuador in 2016, later moving to Cuba, but were called off by Santos’ successor Ivan Duque because the ELN refused to halt hostilities and killed 22 police cadets in a Bogota bomb attack.

A date and location for the renewed talks have not yet been announced, though Garcia suggested that different stages of the negotiations could be held in Cuba, Norway and Venezuela.

In the press conference that followed the meeting between both sides, Rueda said that the ELN had shown changes in its behaviour which had enabled it to gain the government’s trust. Rueda said that the rebel group had recently released hostages and scaled back attacks against the Colombian military.

The ELN did not disclose any details on what it would seek in exchange for laying down its weapons. But the commander, Garcia, hinted that the group was looking for political and economic changes.

“The way to look for peace is not just by thinking about weapons but by attacking the root causes of this conflict which are inequality and the lack of democracy,” Garcia said.