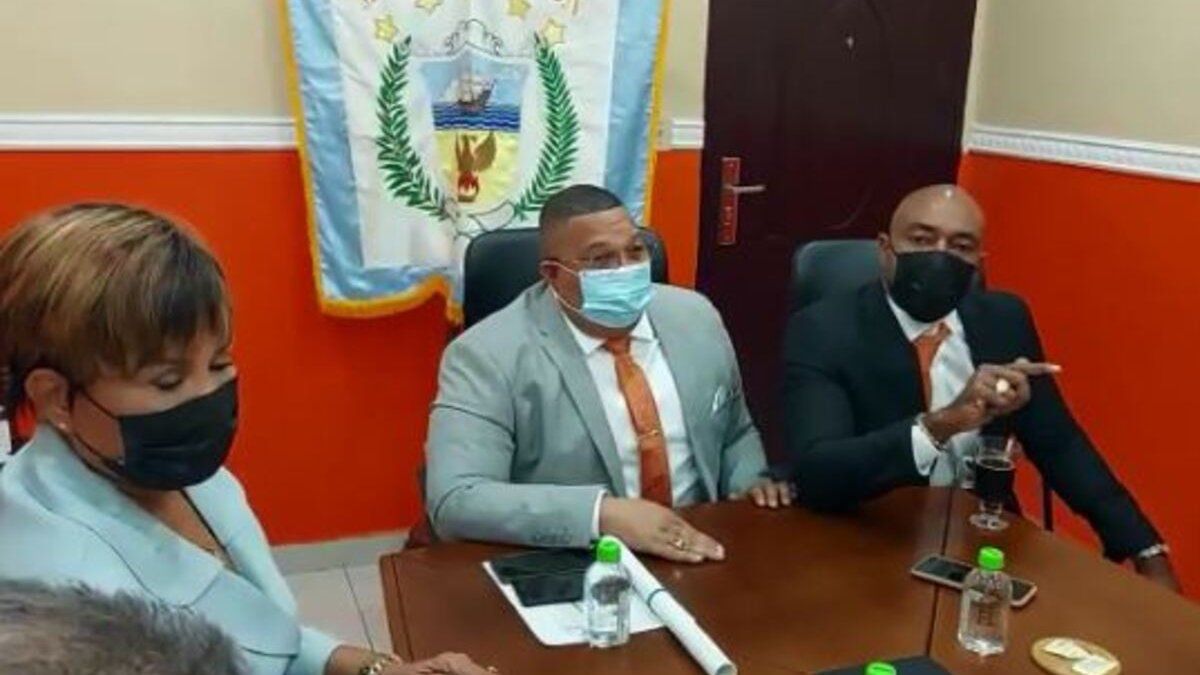 Deputy Jairo Salazar denied having any kind of interest in the land where the buildings are being demolished "those lands will not be ours."
The authorities of the province of Colón announced this Tuesday that they will continue with the demolition process of the buildings that "endanger the lives of the Colón people" in the Old Town of the Atlantic Coast.

During a meeting with the Governor of Colón, Irasema de Dale; the deputy Jairo Salazar, the Minister of Culture, Carlos Aguilar and other authorities; The mayor of Colón, Alex Lee, indicated that they are at a negotiating table, however for this Thursday, August 5, 2021, another large house will be demolished in the neighborhood of Barrio Sur.

“Colón is in 911 and we will see how we save the City Center from that coma. On Thursday we are going to tear down a (house) in Barrio Sur, the other week one in Barrio Norte and the next in Barrio Sur, ”said Lee.


When consulted about the preliminary project presented by Deputy Pedro Torres that proposes modifications to Law 47 of 2002 that declares the Old Quarter of the City of Colón Historic Monumental Complex, Deputy Salazar indicated that they are conducting an evaluation of the initiative presented before the Plenary of the National Assembly.

He added "we are also doing an analysis of a law that we want to present, however that everything is for Colón ... we will continue to knock down the houses that put the colonists at risk."

Deputy Salazar denied having any type of interest in the land where the properties are being demolished "these lands will not be ours, we are not going to sell any of those lands, they are some of the State and others private, however we demand that buildings be made that are in line with our culture ”.

He reiterated that there are three deaths due to the poor condition of the buildings on Calle 12 and Calle 9.

After the meeting held with the authorities of Colón, the Minister of Culture said “we took some tasks for the city of Panama and we have talked a lot about the future of the city of Colón ... but logically everything must be within the framework of the law, and we have worked together on various ideas without departing from that framework. We hope to meet again soon ”.

It should be noted that the mayor of Colón and deputy Salazar made the decision in recent weeks to demolish mansion 3023 located on Calle 3 Avenida Bolívar, considered historical heritage because it is within the Old Quarter of the City of Colón.
Add Comment