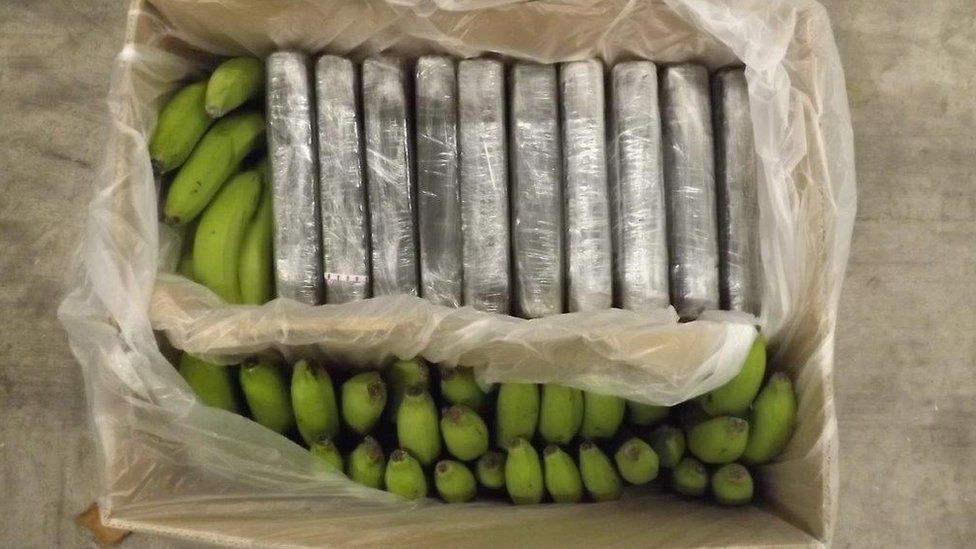 Cocaine worth £302m found in Southampton is 'largest in UK'

A "monumental seizure" of cocaine found in a shipment of bananas has been called the UK's biggest since 2015.

The drug, with a potential street value of £302m, was found within five pallets of bananas at Southampton docks on 17 March.

Home Secretary Priti Patel said it was the "largest seizure of cocaine in the UK since 2015".

Ms Patel said: "It should serve as a warning to anyone trying to smuggle illegal drugs into the country that we are out to get them." 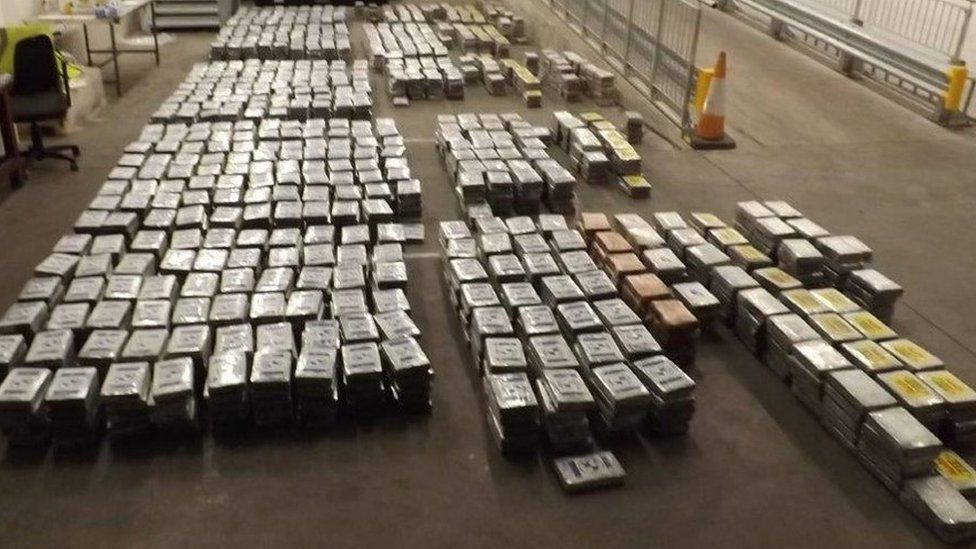 The container of bananas had arrived in Southampton from Colombia

The container of 20 pallets of fresh bananas had recently arrived from Colombia and was targeted for examination by Border Force and NCA officers.

Peter Stevens, NCA regional head of investigations, said: "This was a monumental seizure of cocaine with a street value of around £300m.

"The organised crime group behind this importation has been denied massive profits which it would have ploughed back into more offending.

"There's no doubt some of this cocaine would have been cut up and sold across UK streets, feeding crime and misery in our communities."