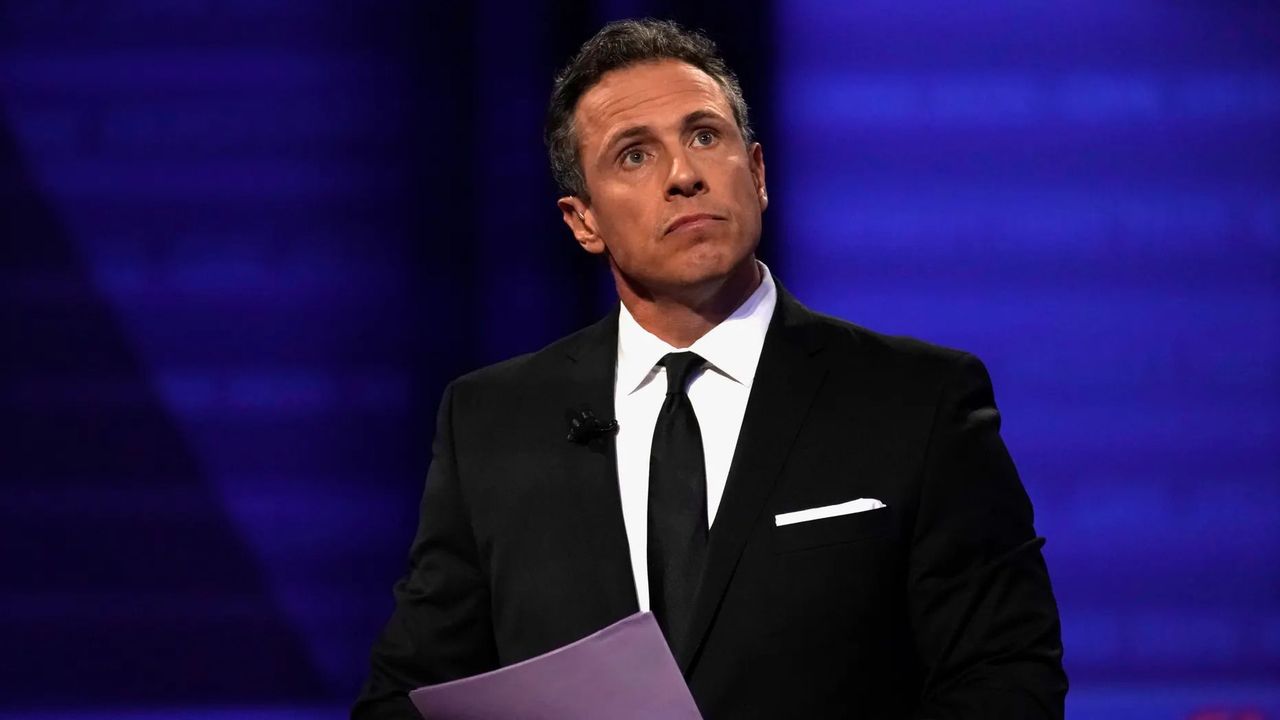 Calls for the 'Cuomo Prime Time' anchor's firing continue to grow. CNN was forced to issue a statement amid the damning revelations of its star anchor Chris Cuomo and his unprecedented involvement in his brother's inner circle as the now-ousted New York governor was engulfed in scandal.
Newly-released testimony from the New York Attorney General's investigation into the now-ousted Gov. Andrew Cuomo shows the "Cuomo Prime Time" host heavily worked with the Democrat's inner circle to combat the sexual misconduct allegations against him, even relying on sources in the media on the reporting that was being done on the governor's accusers.

Text messages released by state investigators showed top Andrew Cuomo aide Melissa DeRosa asking about "intel" the CNN anchor had on March 15 about Ronan Farrow's reporting on the scandal, to which he replied it wasn't ready for publication. Farrow's story was eventually published by the New Yorker on March 18.

Cuomo's admission contradicts what he told CNN viewers in August when he claimed, "I never made calls to the press about my brother's situation."

The anchor also admitted to investigators he provided the governor's office advice on his brother's messaging of his handling of the coronavirus outbreak.

Hours after the revelations went viral and caused an uproar among critics across the media landscape, CNN offered a tepid response to the growing scandal.

"The thousands of pages of additional transcripts and exhibits that were released today by the NY Attorney General deserves a thorough review and consideration," CNN stated. "We will be having conversations and seeking additional clarity about their significance as they relate to CNN over the next several days."

Cuomo previously addressed the controversies that plagued his brother but significantly downplayed his role in aiding the embattled New York governor.

"I was there to listen and offer my take and my advice to my brother was simple and consistent. Own what you did, tell people what you'll do to be better, be contrite and finally, accept that it doesn't matter what you intended, what matters is how your actions and words were perceived," Cuomo told viewers in August following the governor's announced resignation.

"There are critics saying things about me, many unsupported but know this, my position has never changed.

I never misled anyone about the information I was delivering or not delivering on this program. I never attacked nor encouraged anyone to attack any woman who came forward.

I never made calls to the press about my brother's situation. I never influenced or attempted to control CNN's coverage of my family."

Cuomo has been long criticized for hosting nearly a dozen chummy interviews with Gov. Cuomo in the early months of the coronavirus pandemic as the Democrat was widely adored by the media but avoided covering the various scandals as they emerged.

However, the new revelations from the NY AG probe are fueling calls for the CNN anchor's firing.

"If this story is accurate, it describes a series of shocking ethical breaches — fireable offenses at any other news outlet," Rolling Stone editor-in-chief Noah Schachtman wrote.

"Just to be clear, if anyone else on CNN's roster did this, they'd not only be fired but blacklisted from journalism period," MSNBC columnist Eric Michael Garcia insisted.

"It's hard to imagine any news executive keeping Chris Cuomo on staff after today's revelations. Then again, as CNN likes to say, ‘THIS is CNN,’" Columbia Journalism School professor Bill Grueskin tweeted.

Cuomo himself was accused of sexual harassment by veteran TV news producer Shelley Ross, who came forward earlier this year alleging he grabbed her buttock at a 2005 function when the two of them worked at ABC News.
#Coronavirus
Add Comment