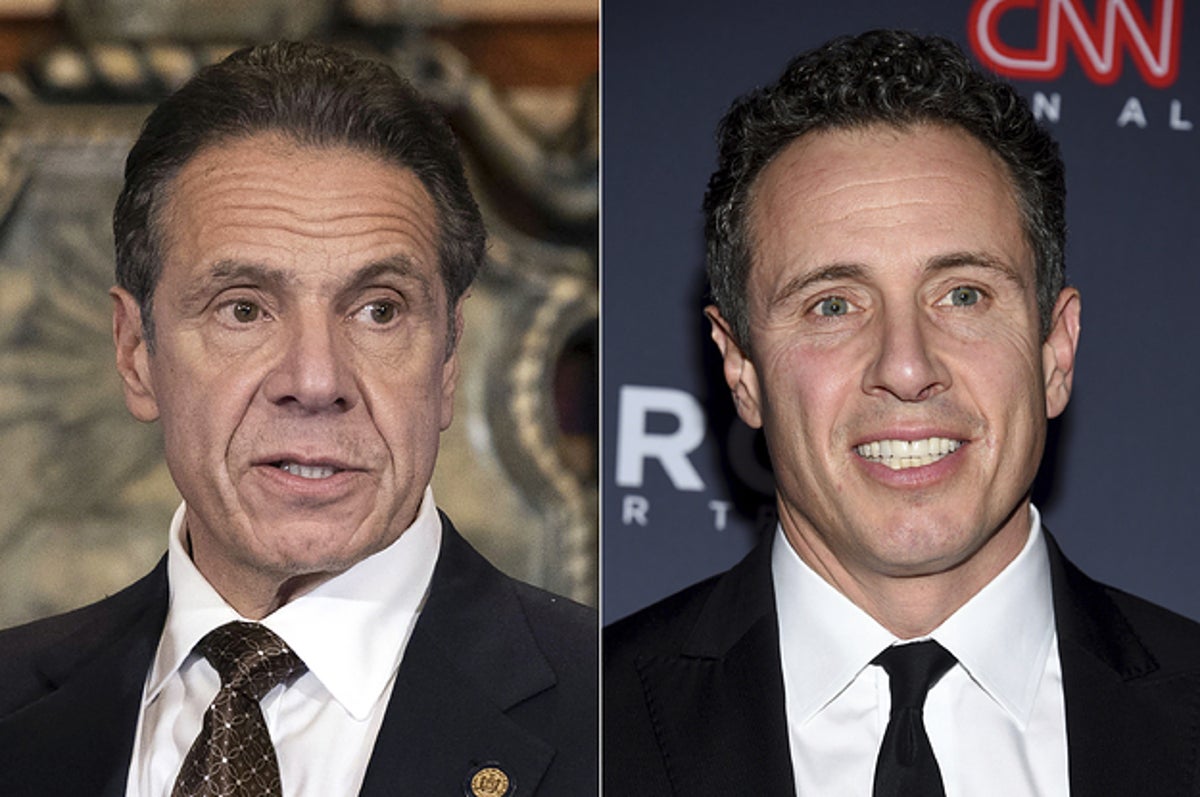 “The fact that Chris Cuomo wasn’t fired over his inappropriate conflict of interest in actively affecting a news story is not only irresponsible of CNN, but also a disgrace to journalism,” one CNN staffer told BuzzFeed News.

CNN is standing by primetime star Chris Cuomo after an extensive investigation found a pattern of serial sexual harassment by New York Gov. Andrew Cuomo — allegations that the news anchor secretly helped his brother to strategize against.

Tuesday’s bombshell report, unveiled by New York Attorney General Letitia James, found the governor had groped, kissed, or made inappropriate or suggestive comments to 11 women, most of whom were current or former state employees. Independent investigators also said the governor and his senior staff had created a “toxic” work culture, even retaliating against one former employee who came forward with allegations.

The governor subsequently issued a defiant televised statement, denying any impropriety and resisting an avalanche of calls that he step down immediately.

The damning report sent shockwaves through Albany and Washington, DC, but also within CNN, where employees who spoke with BuzzFeed News were highly critical of the company’s decision not to discipline Chris Cuomo for his role in the scandal.

“I think that, as journalists, it’s our responsibility to act in the most responsible possible way, not only to maintain journalistic integrity, but also for the public to regain trust in journalism and television news,” said one current CNN staffer, who asked, like others in this story, to remain anonymous in order to speak freely. “And the fact that Chris Cuomo wasn’t fired over his inappropriate conflict of interest in actively affecting a news story is not only irresponsible of CNN, but also a disgrace to journalism.”

As the Washington Post first reported in May, Chris Cuomo played a significant role in crafting his brother’s public response to the sexual harassment claims. The CNN anchor participated in multiple “strategy” conference calls, reportedly advising the governor not only to refuse to resign, but also urging him to deny the allegations, referring to them as a result of “cancel culture.”

Shortly after, a spokesperson for CNN said no disciplinary action would be taken against the anchor for what was widely viewed as an egregious breach of journalistic ethics. A statement from the network said the anchor was not involved in reporting on the sexual harassment allegations because “he could never be objective” and “often serves as a sounding board for his brother,” but admitted his actions were “inappropriate.” On his show, Chris Cuomo apologized, saying his involvement had been a “mistake” and that it would not happen again.

Tuesday’s investigative report offered further confirmation of the TV journalist’s participation in strategizing for the accused governor. An email written by Chris Cuomo, which was included in the report, showed him suggesting the governor downplay the allegations by saying “sometimes I am playful and make jokes” and that he did so in order to add “some levity and banter to what is a very serious business.”

After the report was unveiled Tuesday, CNN made only scant on-air mentions of Chris Cuomo’s role in the saga. News anchor John King told viewers his colleague was interviewed for the report "as someone who reached out and talked to his brother as this crisis was unfolding," but King did not mention the nature of this strategic advice, or the email investigators cited.

Contacted by BuzzFeed News about whether Chris Cuomo would face any consequences for his actions in light of the report, a spokesperson for CNN referred only to previous statements the network had issued.

Two current CNN employees, and a third who no longer works for the company, told BuzzFeed News they vehemently disapprove of the network’s handling of the star anchor and that they are upset that no disciplinary action was taken.

Part of their frustration lies in the inequity they see between how the primetime anchor has been treated and the far harsher consequences they believe less powerful employees would face for similar, or even lesser, behavior.

“It’s so emblematic of CNN,” the former CNN employee said. “The more prominent you are there… the less the rules and discipline apply to you. That's been a gripe people have complained about forever.”

None of them have seen or heard any indication that Chris Cuomo will face any further repercussions given Tuesday’s news — nor do they expect it.

“I think that [CNN President] Jeff [Zucker] has made it clear that he has Chris’s back no matter what,” one current CNN employee said.

Another current CNN employee, who said they were the victim of workplace sexual harassment at another company, said what disturbs them most is not just that Chris Cuomo participated in the strategy calls for his brother — it’s that he advised him to deny and ignore the allegations.

“Quite frankly, [it’s] super hypocritical,” this employee said. “Because this was a person that went on the air during the #MeToo movement, night after night after night, saying, ‘Believe women,’ and having courageous women on telling their stories.”

The whole situation with Chris Cuomo is “unsettling,” this employee said, and they worry most for the women at CNN with the least amount of institutional power.

“I think of the women who are pinning a microphone on a guest on the set and getting close to them, or a makeup artist who’s physically in proximity to somebody,” this employee said. “I just think of those women today who work for our company.”