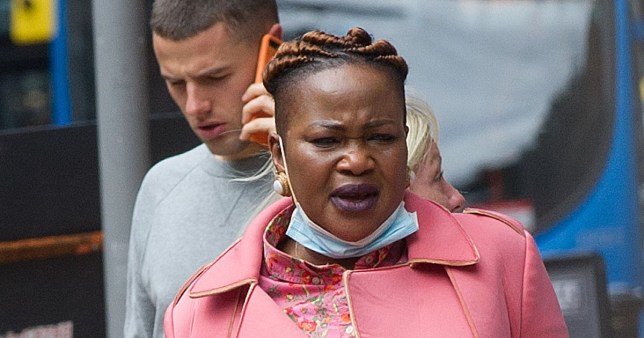 Cleaner sent £90,000 by charity in error let 'temptation' get the better off her

A cleaner who received an unexpected £90,000 from a charity let ‘temptation’ get the better of her, a court has hard.
Comfort Konadu, 52, failed to tell anyone when the sum was deposited into her bank account by mistake, after she returned an item at a charity shop.

In a ‘flurry’ of transactions, she moved £57,000 into other accounts, including to her children, Manchester Crown Court heard.

The Royal Mencap Society have lost more than £31,000, despite the bank being able to freeze and retrieve some of the money after discovering the error.

Now a Proceeds of Crime investigation will take place to see whether the charity can claw back any of its losses.

A judge told mum-of-six Konadu: ‘You have brought shame on yourself, and I dare say to your family.’

The court heard that she had gone into the charity’s shop in Openshaw on Friday, October 11 last year to get a refund for an item she had bought.

Days later, senior managers at the charity, which supports people with learning disabilities, were alerted to the large refund and launched an investigation.

They contacted staff at the Openshaw store, who said there had been an ‘issue with the machine’.

Two members of staff were suspended following the investigation, and they were later dismissed.

The charity were told that they would be liable for the loss, because the incident had been a result of an error.

Prosecutors said the sum ‘landed’ in Konadu’s account on October 14, after the weekend.

The same day, she transferred out more than £57,000 to different accounts including one belonging to her son.

Prosecuting, Kate Gaskell said the more than £30,000 loss would represent up to 18 months’ worth of profits for the charity shop.

At first, Konadu, from Openshaw, claimed she had been expecting some money into her account but she later pleaded guilty to theft and was handed a 20 month prison sentence, suspended for two years.

Prosecutors said it would have been ‘obvious’ to her that the money had been sent in error.

She didn’t inform the bank or the charity about the transaction, the court heard.

Defending, Max Saffman said that Konadu, also a grandmother of 12, usually lives a ‘modest and humble’ lifestyle working as a cleaner.

He said the money was ‘more than she could ever have dreamt of’, and that ‘temptation got the better of her’.

Sentencing, Judge Nicholas Dean QC said a ‘considerable punishment’ in the case was Konadu’s loss of her previous good character.

The judge told her: ‘This was in effect an unexpected windfall into your bank account.

You ought at that stage to have reported it to both your bank and to Mencap.

‘You fell prey to temptation and acted dishonestly. ‘You leave this court with a stain on your character.’

A Proceeds of Crime hearing will be held in December.
Add Comment