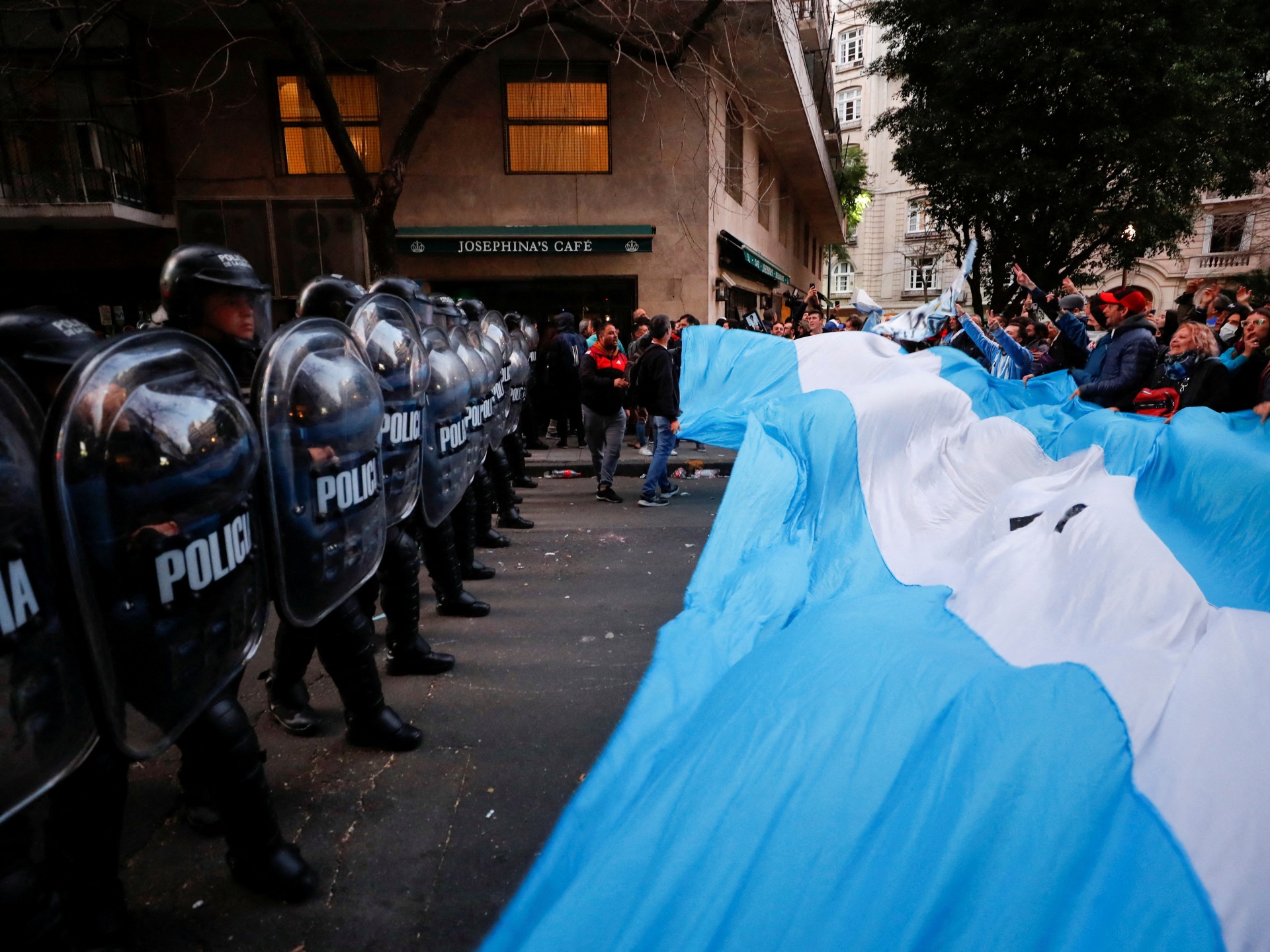 Clashes in Argentina as thousands rally for Fernandez de Kirchner

Police in Argentina have clashed with supporters of Vice President Cristina Fernandez de Kirchner in the country’s capital, Buenos Aires.

The clashes on Saturday took place as thousands took to the streets in her defence two days after prosecutors sought a 12-year prison sentence against her as well as a ban on public office for alleged corruption during her government.

Prosecutors say Fernandez de Kirchner led an illicit scheme that siphoned off state funds through the awarding of public works contracts to a family friend between 2007 and 2015 while she was president of the country.

Fernandez de Kirchner denies the charges and claims she is a victim of judicial and political persecution.

The largest demonstration on Saturday took place outside the vice president’s home in the elegant Buenos Aires neighbourhood of Recoleta, where in the early morning hours police set up fences in an effort to prevent a large gathering.

The demonstrators felt the fences were erected by Buenos Aires’ opposition mayor as a provocation and tore them down in the afternoon, which led to clashes with the police.

Hydrant trucks were brought in to disperse the crowds with water. 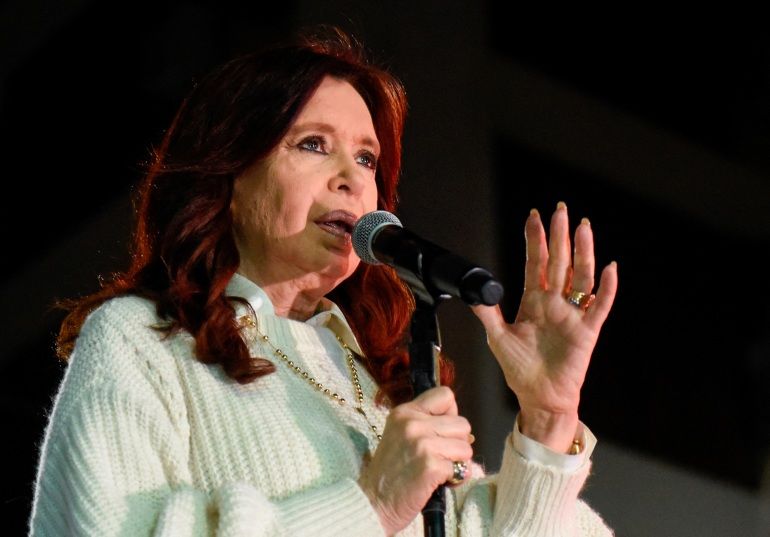 Argentina’s Vice President Cristina Fernandez de Kirchner speaks to supporters as they gather outside her house in Buenos Aires, August 27

According to local media, seven police officers were injured and two protesters were arrested. Fernandez de Kircher later asked her supporters to halt the protests.

“In a democracy, the right to freedom of expression is fundamental,” she told her supporters from a makeshift stage in front of her house.

“I want to say thank you and to ask you to go get some rest. It’s been a long day.”

Earlier in the day, she had described the demonstrations as peaceful and joyful.

“Today I woke up with the corner of my house literally besieged,” she wrote in a tweet. “They want to ban demonstrations of love and support that are absolutely peaceful and joyful, which are taking place in the face of the judiciary’s already undeniable persecution.”

He has previously denounced the case against his deputy as judicial persecution, too.

“Beyond the lack of evidence that the prosecutor demonstrated, the problem is that he started from a premise that said that she, as president, could not not know what was happening,” the president had said. “All the crimes she is accused of are crimes that require intent, having wanted to do it.”

Fernandez de Kirchner leads the most hardline wing of the centre-left Peronist coalition that has governed Argentina since the end of 2019.

The verdict and potential sentence will be decided by a judge, which could take months, though Fernandez de Kirchner could appeal any decision, possibly delaying the final verdict for years.