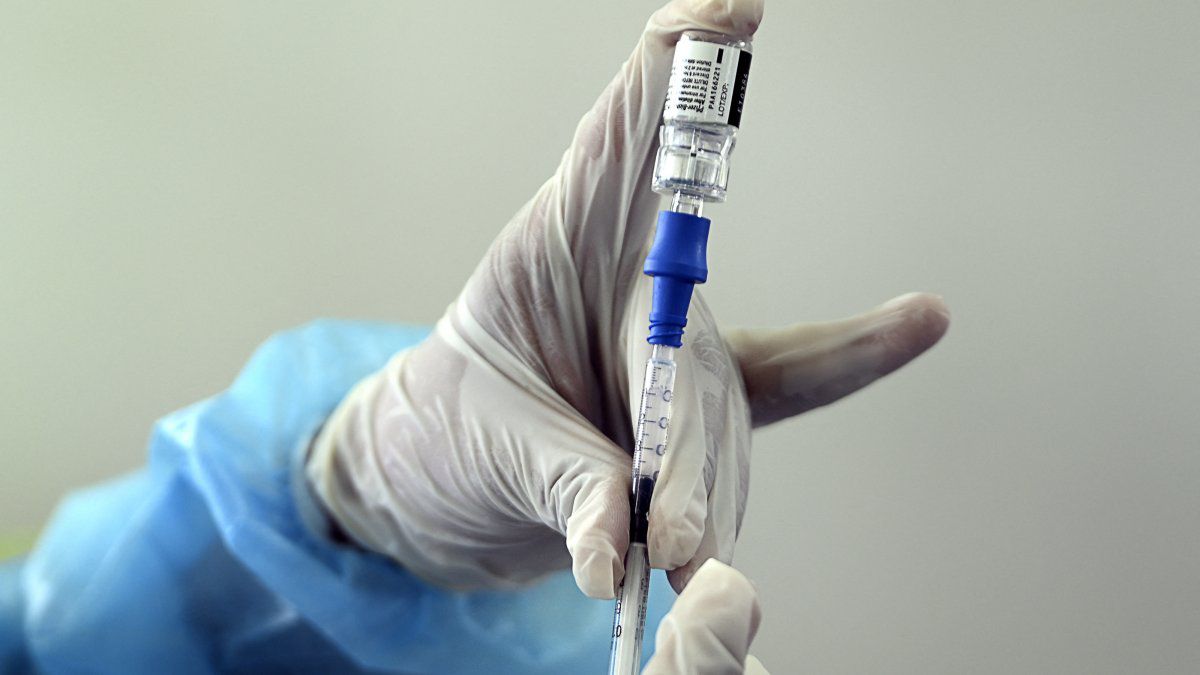 Clandestine vaccination: Report shows that most people did not receive anticovid doses

"Most of these people did not receive vaccines, which agrees with the statements of the investigated person who says that he applied saline water," said Pedro Meilán.
The lawyer Pedro Meilán, who represents the Ministry of Health of Panama (Minsa) in the case of clandestine vaccination, announced that according to the report presented by the Gorgas Institute, most of the people who participated in said irregular process did not receive doses against COVID-19.

He explained that the document reflects that of 16 people who were tested to determine if they had produced antibodies, at least 13 yielded negative results.

"The report reflects that most of these people did not receive vaccines, they were not administered any type of vaccine, which more or less agrees with one of the statements of the person who is being investigated that says that he applied saline water, then of 16 I believe, almost 13 or 14 left that they did not receive vaccine ”, details.

He adds that the other three citizens did test positive for the presence of antibodies, however, it cannot be guaranteed that they were generated as a result of vaccination or because they were asymptomatic.

"The other 3 people who did maintain some type of immunity or antigen as it should be called in their body, it cannot be determined if it was by vaccination because the report clearly says that these people may have acquired those antibodies as a result of being asymptomatic,” he explained.

The Public Ministry began an investigation into the clandestine vaccination against COVID-19, managing to determine that at least two of these days took place, one on June 1 to about 15 people, and another on June 7 of that same month to 17 citizens.

The attorney general of the Nation in charge, Javier Caraballo, reported on July 14 that this could be determined after conducting an interview with Denisse Vega, who is listed in the Cordón de Vida and Vidatec society registry, after, according to Caraballo , she appeared at the premises of the Attorney General's Office on June 9 with her lawyers to collaborate with the investigation and provide evidence.

He explained that it is estimated that in these clandestine vaccination days more than 30 people were inoculated, they have also managed to recover about 12 vaccination cards, whose cardboard and letters do not correspond to those used by the Ministry of Health, and have taken a close statement out of 10 people who were vaccinated.

The Public Ministry requested the intervention of the Gorgas Memorial Institute to perform scientific tests on the people who were vaccinated, in order to determine if these people were inoculated with a vaccine against COVID-19 or with some other type of substance, which would constitute other behaviors crimes of embezzlement.

According to an interview given to the Anticorruption Prosecutor's Office by the coordinator of the Expanded Program on Immunization (PAI), Itzel de Hewitt, he added, the batches of the vaccines applied do not correspond to the batches that were delivered to the country by the Pfizer company.

The clandestine vaccination was denounced by the journalist Flor Mizrachi, after which the Minister of Health, Luis Sucre, filed a criminal complaint.
#Vaccines  #COVID-19  #vaccine  #Pfizer  #Gorgas  #Covid  #Sucre  #MINSA

MHogan 449 days ago
BTW, there is no SCIENTIFIC PROOF that the jab provides. herd immunity. Also, “to protect those around you” (if you’re vaccinated, as you believe you have no fear, so get off that line). It is also against human rights to mandate someone putting themselves at risk (as in vaccine death/injury) for the purpose of protecting someone else. (More so if that is a false premise, which it is.). You can only do so to protect yourself

MHogan 449 days ago
Colin Boy, you report total BS stats. What? You got the jab and now have buyers’s remorse? You got it FOR FREE — your choice, your consequence. If you want to believe the propaganda, you are safe … so no worries. Now let us have our choice and our freedom.

Colon Boy 449 days ago
GET VACCINATED!! Don't let the bizarre conspiracy theories stop you from protecting yourself and those around you. The data and science are clear, listen to medical professionals and not some tin foil hat YouTube video. 95% of US doctors have taken the vaccine. 99% of hospitalized patients in the US did not receive the vaccine.
View all comments (5)Add comment