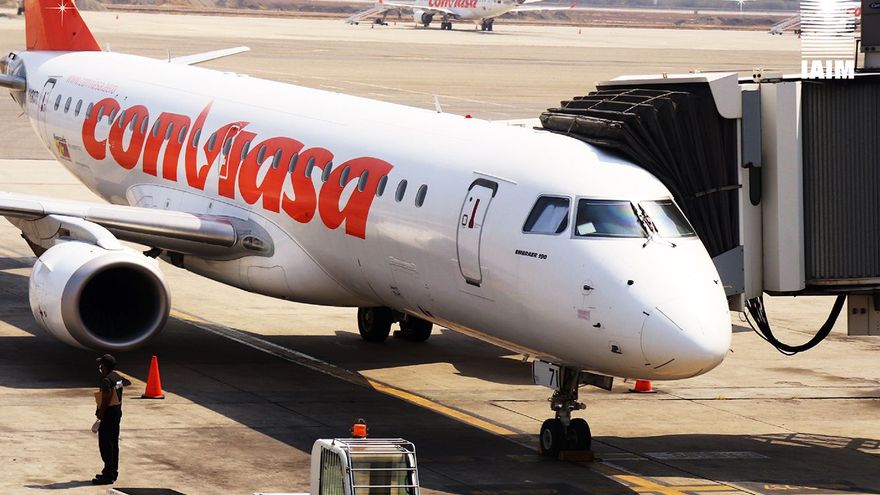 The Civil Aviation Authority of Panama announced that the country has been forced to cancel existing flights to Venezuelan airlines, in response to the same measure adopted by that country and until equal and reciprocal treatment is achieved in the frequency of flights, as applicable by the current bilateral commercial air agreement.
The Civil Aviation Authority makes it public that Panama and Venezuela currently have an equal bilateral air frequencies agreement updated in 2015, which in principle grants each country access to up to 63 weekly frequencies on either of the two routes. No However, as a result of the pandemic, both countries reduced the number of flights between the two nations to a minimum, a situation that has been released by the Panamanian side, but which does not have the reciprocity of Venezuela, the entity details in a statement.

It is also detailed that on December 7, 2020, and under the unequal conditions described, the Venezuelan side requested a new increase in frequencies for its airlines from Panama, without yet yielding the accesses required by the Panamanian side.

Panama, based on the Bilateral Air Agreement, asked Venezuela for reciprocity and fairness in flight frequencies, as the only condition for the approval of the additional flights proposed. But on Friday, December 12, 2020, Venezuela proceeded to unilaterally cancel, without prior notice and without justification, the three weekly flights of the Panamanian airline .

For all the foregoing, the Panamanian Authority cancels from this date, Sunday, December 13, 2020, the access to Panama of Venezuelan airlines until the flights required by the Panamanian airline are authorized and the equal and fair treatment agreed in the current bilateral agreement.

It should be noted that this Saturday the 12th the Panamanian airline Copa Airlines had reported that as of this December 13, 2020, the Copa Airlines flights on its Panama-Caracas / Caracas-Panama route were canceled.

The Panamanian airline reported that they were notified of this measure by the Government of Venezuela.

The Panamanian entity appeals to dialogue in good faith, which in past situations has made them overcome similar situations.
#COVID-19  #Covid
Add Comment