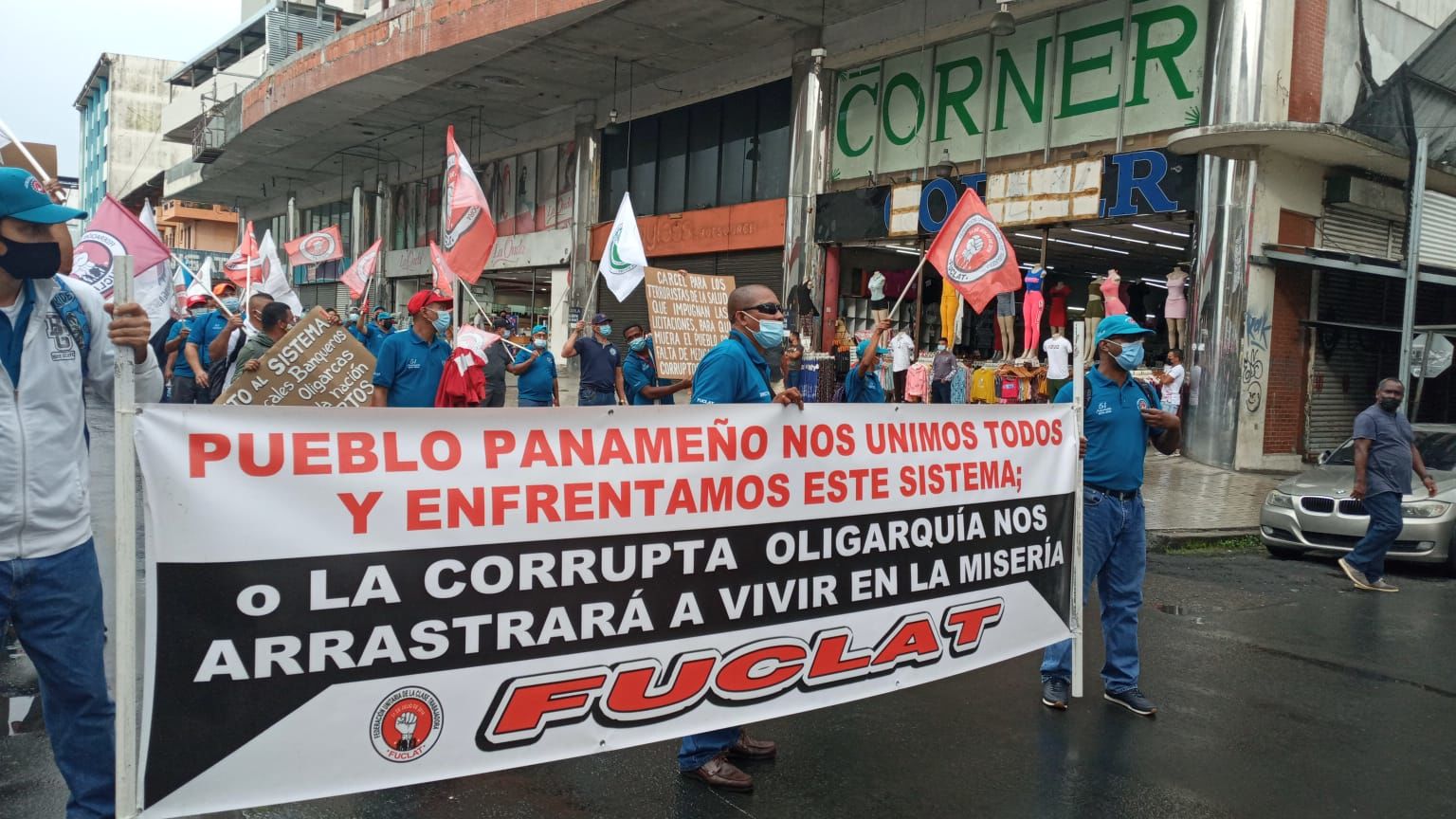 Members of popular and union groups marched this Wednesday, September 22, towards the National Assembly in rejection of the electoral reforms, corruption cases and the dialogue of the Social Security Fund (CSS).

Students, workers and union leaders began to march at about 4:00 pm from Parque Porras to the Assembly. The demonstration was called “Pueblo Unido”.

Prior to the arrival of the protesters, the National Police placed metal fences in the streets surrounding the legislative palace.

As on September 14, hundreds of people will gather on the premises of the National Assembly demanding transparency and punishment for corruption.

The most recent scandal in the handling of public funds occurred after an investigation, which reported that officials from the office of deputy Yanibel Ábrego also appear in companies of her and her family.

Read Also: Deputy Ábrego admits that she has relatives on the payroll

In addition, it was revealed that the mayor of Capira, Jorge Ramos, in addition to his salary as mayor, also receives a payment as a driver in the National Assembly. In total, he earns $ 6,600 per month, adding up the mobility expenses.

Regarding this case, the deputy Ábrego, from Cambio Democrático, said that it is a persecution. “This is a class struggle. This is nothing else."

Rosalind Laing 372 days ago
Note:Cambio Democratico was a party formed by Martinelli - probably the most corrupt President in Panama's recent history. So is it a surprise that a representative of Cambio Democratico is corrupt? Vote CD out! Change takes time to achieve so get rid of everyone proven corrupt. Then honesty is the bedt policy and Panama will have a good government.
View all comments (1)Add comment