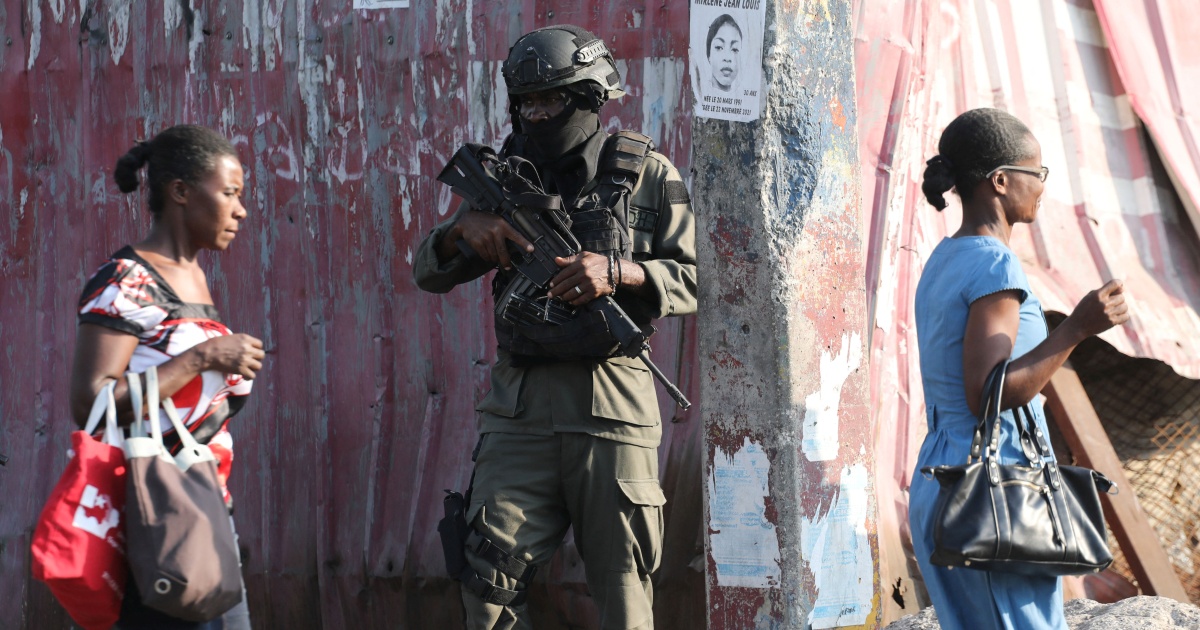 ‘Citizens are not protected’: What does 2022 hold for Haiti?

The situation in Haiti has reached a crisis point amid stalled elections, rising poverty and the growing power of gangs.

Since then, Haiti has struggled to rebuild amid deep-rooted political instability and consecutive natural disasters that have worsened the lives of the nation’s 11.6 million people. During the years, thousands have fled in search of safety, work and educational opportunities.

“Twelve years after the earthquake we would think that Haiti would be in a better situation where most of the infrastructure would have been rebuilt,” said Guerline Josef, executive director of Haitian Bridge Alliance, an organisation that assists Haitian migrants in the United States.

“But the situation has worsened,” Josef said, “because we have a country where the state has failed completely, where the citizens are not protected.”

Experts and rights groups have said the situation in Haiti has reached a crisis point, as gang violence is surging across the country in the aftermath of President Jovenel Moise’s assassination last year. International observers are raising concerns that February 7 – the date Moise’s term would expire – could bring more violence and further complicate the country’s political transition.

Al Jazeera looks at what has been happening in Haiti and the myriad challenges Haitians are facing in the year ahead. 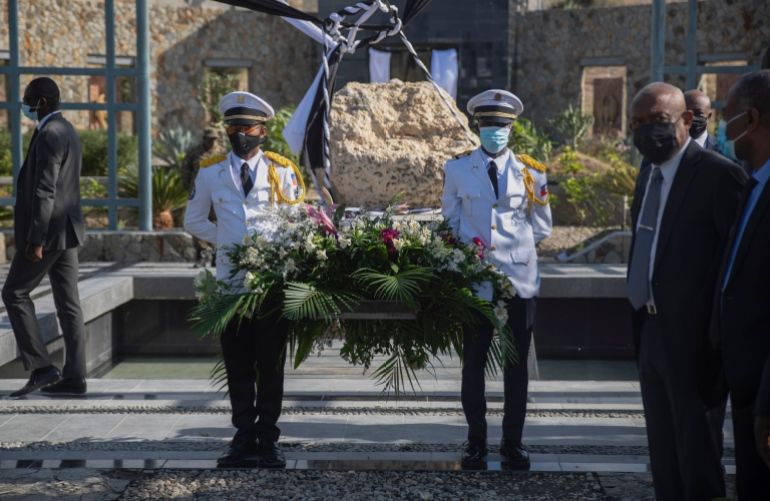 How did Haiti get here?

The killing of Moise, whose term as president had been disputed, worsened an already tense political environment in Haiti, which has a long history of instability exacerbated by US invasions and uprisings under repressive regimes.

Armed gangs’ hold over the country has been strengthening since the president’s assassination on July 7, 2021 – and in the months since, violence, extortion and street kidnappings for ransom have been on the rise.

According to the ​​Center for Analysis and Research in Human Rights, 782 kidnappings were reported from January 1, 2021, through October 16. But the Haitian research group said that number could be an undercount, as many people are reluctant to report crimes.

Brian Concannon, founder of the Institute for Justice and Democracy in Haiti, a US-based rights group, said gangs control about half the country, as well as half of Port-au-Prince. Starting in September, Haiti also faced crippling fuel shortages as gangs blocked the country’s main roads and demanded Prime Minister Ariel Henry resign.

“People live in daily fear that going to work or to school or getting some food at the store will be a lethal decision,” Concannon told Al Jazeera. “People don’t even leave their houses for days and hospitals are closing because it is too violent for staff to get there.” 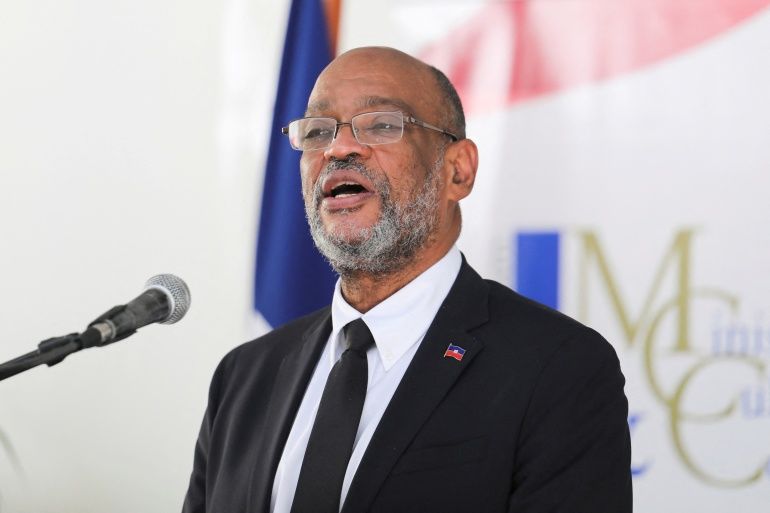 Haitian Prime Minister Ariel Henry has promised to hold elections in 2022, but no new election date has been set

Who is in charge?

Henry took over the prime minister post less than two weeks after Moise was killed.

While he has the backing of the US and other Western powers, his authority has been questioned by Haitian civil society activists – including those who rejected an international push earlier this year to rapidly hold elections in Haiti.

Monique Clesca, a Haitian writer, activist and former UN official, told The Associated Press news agency in September that Henry has “no legitimacy or credibility”. “We have wanted a Haitian solution,” she said. “It is time that the international community says to us, ‘We are listening’, rather than push down our throat somebody that they put there.”

Henry has promised to hold a vote in 2022, but no new election date has been set amid gang violence, the COVID-19 pandemic and other crises, including a 7.2-magnitude earthquake that struck the island in August, killing more than 300 people.

In September, Henry dismissed the members of the Provisional Electoral Council (CEP) through a presidential decree, further complicating the prospects of holding elections. His term is scheduled to end on February 7 – what would have been Moise’s last day in office.

So if the elections happen, what posts will be filled?

Haitians will need to elect a new president and prime minister, 30 Senators and 119 members of the nation’s Chamber of Deputies. Dozens of mayoral and local positions would also be up for grabs.

In a stark example of the nation’s political paralysis, last week, Haiti’s Senate reconvened for the first time in a year but only seven of the chamber’s 30-member members showed up. Only 10 lawmakers are still within their elected terms.

What are Haitians trying to do to reach a solution?

On August 30, a broad coalition of Haitian lawmakers and civil society groups signed the Montana Accord, a political agreement that would put in place a two-year transitional government.

But the pact is not without its challenges, as it specifically excludes sectors with ties to the governing party that supports Henry, as well as those with clear ties to criminal gangs.

What has Henry said about the Accord?

Henry opposes the agreement and has advanced his own political accord that ​​would allow him to continue to serve as prime minister without a president until the next elections are held.

In a statement published on social media on Monday, Henry said that he is open to dialogue with supporters of the Montana Accord, as well as other initiatives. He also said that “very soon” Haiti would have a “credible” provisional electoral council. 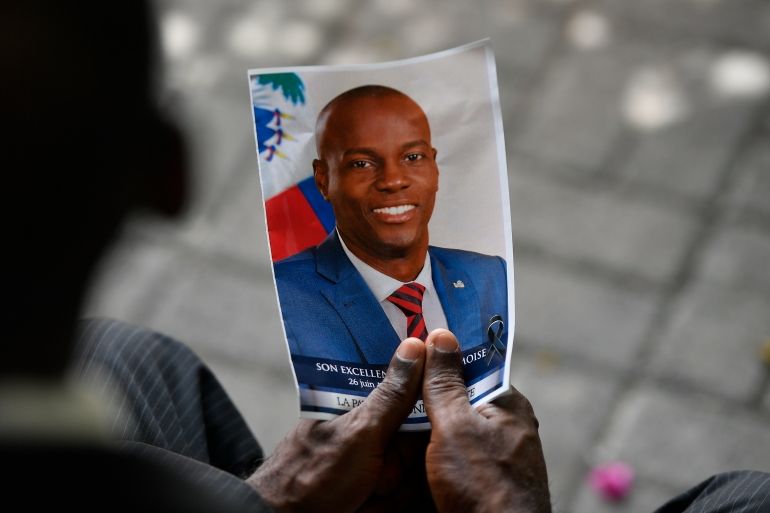 Authorities in the Dominican Republic on January 10, 2022, said that they arrested a key suspect in the killing of President Moise

Where does the international community stand?

World powers, including the US, have said they support a unified, Haitian-led solution to the political crisis.

“The United States calls on the Haitian government and civil society to engage in earnest discussions with each other to lead to a single accord that provides a path for free, fair, and credible elections, which should take place when conditions on the ground allow,” a spokesperson for the US Department of State told Al Jazeera in an email.

While some Haitian Americans believe the US is not doing enough to support Haiti, many rights advocates and other observers have accused the US and other international actors of continuing to meddle in the country’s domestic politics.

In his resignation letter in September, former US special envoy to Haiti Daniel Foote criticised the US and other embassies in Port-au-Prince for touting Henry’s “‘political agreement’ over another broader, earlier accord shepherded by civil society”.

“The hubris that makes us believe we should pick the winner – again – is impressive,” Foote wrote. “This cycle of international political interventions in Haiti has consistently produced catastrophic results.” 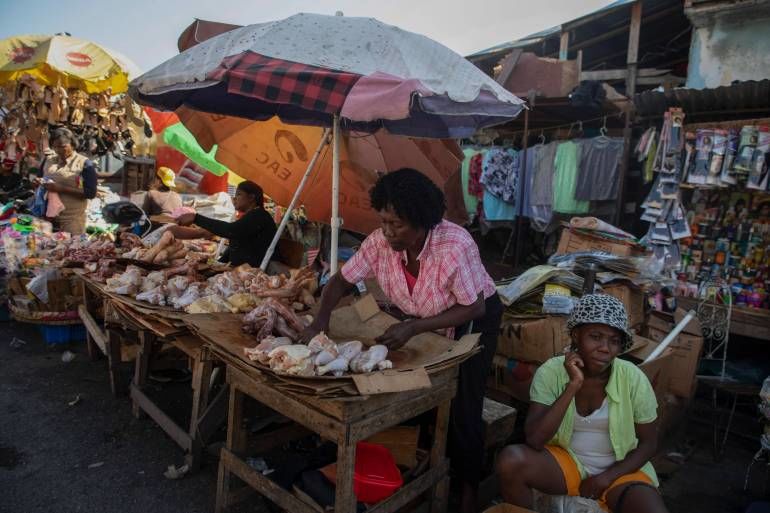 World powers, including the US, have said they support a unified, Haitian-led solution to the political crisis

Are other initiatives underway?

Members of the Haitian diaspora in the US held a summit that began on January 13, in Baton Rouge, Louisiana.

Organisers of the six-day Haiti Unity Summit, hosted by the Southern University Law Center, said the event aimed to help Haitian political factions and civil society actors negotiate a solution and find a way to form a transitional government tasked with organising elections.

Participants announced on Monday that they nominated Fritz Jean for president and Mariam Fetiore for prime minister, to replace Henry on February 7, the day his term ends.

“In the last 24 hours, I’ve discussed with the American, Canadian and French ambassadors. They are all concerned about the potential for instability as we approach the February 7 date,” Russel Honore, a retired US army general who led the summit, said during a news conference.

But Jean, an economist who served as Haiti’s acting president in 2016, had declined to attend the event in Louisiana, saying he backed the Montana Accord. He told a Haitian radio station on Monday that he planned to present his candidacy for president of a transitional government in line with that pact. Four of the seven civil society sectors who signed onto the agreement have so far nominated Fritz for president. 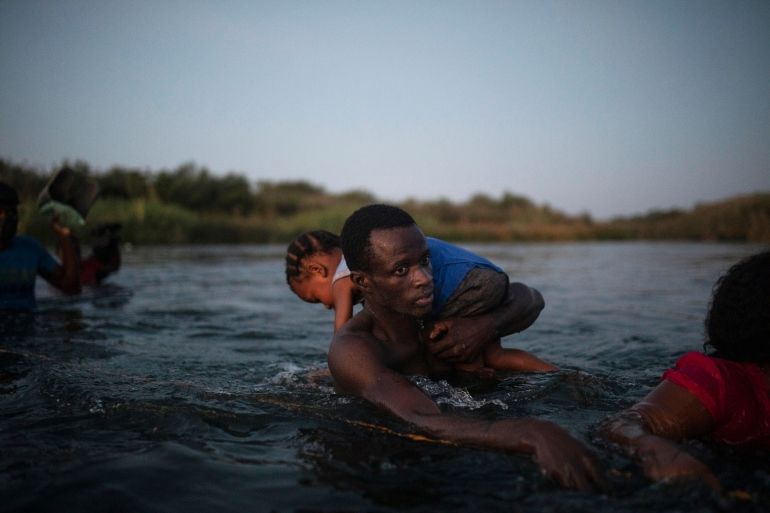 Where does all this leave Haitians?

“Violent actors are gaining more power, polarization is increasing, and years of impunity are an incentive for political actors to do whatever they like without fear of consequences. All these serve as a stark reminder that Haiti needs to find a path forward — and Haitian citizens are trying to do so, despite many challenges,” Emmanuela Douyon, a Haitian civil society activist, wrote in September.

Now, the approaching February 7 deadline is fuelling concerns about unrest and flare-ups in violence, which could push more people to flee the country.

Since September 19, more than 17,000 Haitians have been deported back home from countries in Latin America and the Caribbean, according to the International Organization on Migration (IOM), which assists migrants.

The US has deported the vast majority of Haitians arriving at its borders – more than 12,000 people, among them children – under a restrictive COVID-19 pandemic rule, and Haitians are now languishing in Mexico and other countries in the region.

Concannon said it ultimately will be up to Haitian civil society and political party members “to create the conditions that will allow a democratically elected, legitimate government to be seated as soon as possible”.

“In the next few months, short-term things are going to get worse, there is no way of preventing that,” he said. “There’s some hope in the medium term that the Haitian-led solution will be able to progress but really a lot of that success depends on the US getting out of the way.”