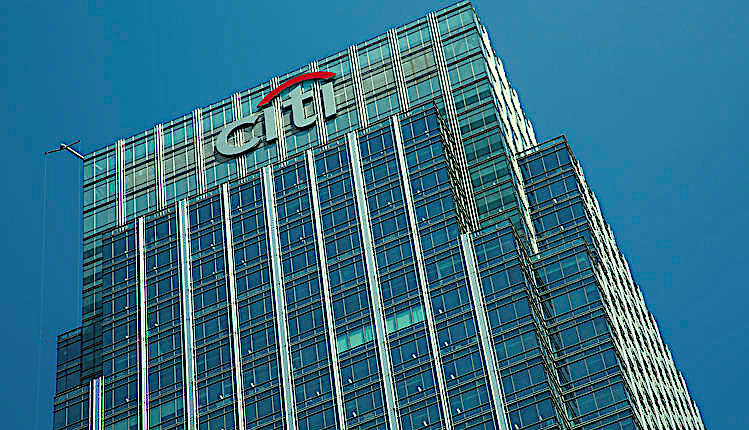 Citigroup Is Waiting For Approval To Offer Clients Bitcoin Futures

An anonymous source within the bank told CoinDesk that Citigroup is currently dealing with a recent uptick in demand for Bitcoin exposure among their clients. If approved, Citi would join the ranks of Goldman Sachs, and become the second major bank to offer Bitcoin futures trading.

A spokesperson for Citigroup wrote in an email:

“Our clients are increasingly interested in this space, and we are monitoring these developments. Given the many questions around regulatory frameworks, supervisory expectations, and other factors, we are being very thoughtful about our approach.”

“We are presently considering products such as futures for some of our institutional clients, as these operate under strong regulatory frameworks.”

In May, Goldman Sachs began offering certain clients access to a bitcoin via a derivative called non-deliverable forwards, according to Bloomberg Law. NDFs let holders bet on bitcoin’s short-term price direction while getting paid in cash, rather than bitcoin. Goldman hedges the bet by buying or selling bitcoin futures on the CME.

“The firm is not in a position to trade bitcoin, or any cryptocurrency (including ethereum) on a physical basis,” Goldman’s crypto trading head said in a memo obtained by CNBC.

Wells Fargo and JPMorgan both recently filed for passive Bitcoin funds. Recently, Coinbase announced a partnership with one of the largest traditional banks in Japan, Mitsubishi UFJ (MUFG) Financial Group, which will offer its account holders exclusive onboarding to the exchange platform.

In July The Bank of New York Mellon (BNY Mellon) announced it would back the launch of a new London-based cryptocurrency exchange called Pure Digital, the first major Bitcoin trading platform backed by a consortium of large banks.

At the time, Global Head of Foreign Exchange at BNY Mellon Jason Vitale spoke to the future of Bitcoin at large traditional banks: “Digital assets are only going to become more embedded in global markets in the years ahead and this collaboration accords with BNY Mellon’s wider strategy to develop a digital asset capability for clients across the entire trade life cycle.”

Citigroup, one of the largest banks in the U.S., holds some $23.7 trillion in assets under custody. In June, Citi launched a business unit to offer cryptocurrency-related products under the bank’s wealth management umbrella. In May 2021, Citi was said to be weighing cryptocurrency trading and custody, according to a Financial Times report.

During the last crypto bull run in 2017, Citi’s U.K. brokerage platform started offering clients access to Ethereum ETNs. But as the price of bitcoin dropped in 2018, the demand for the products declined and the offering was shelved.