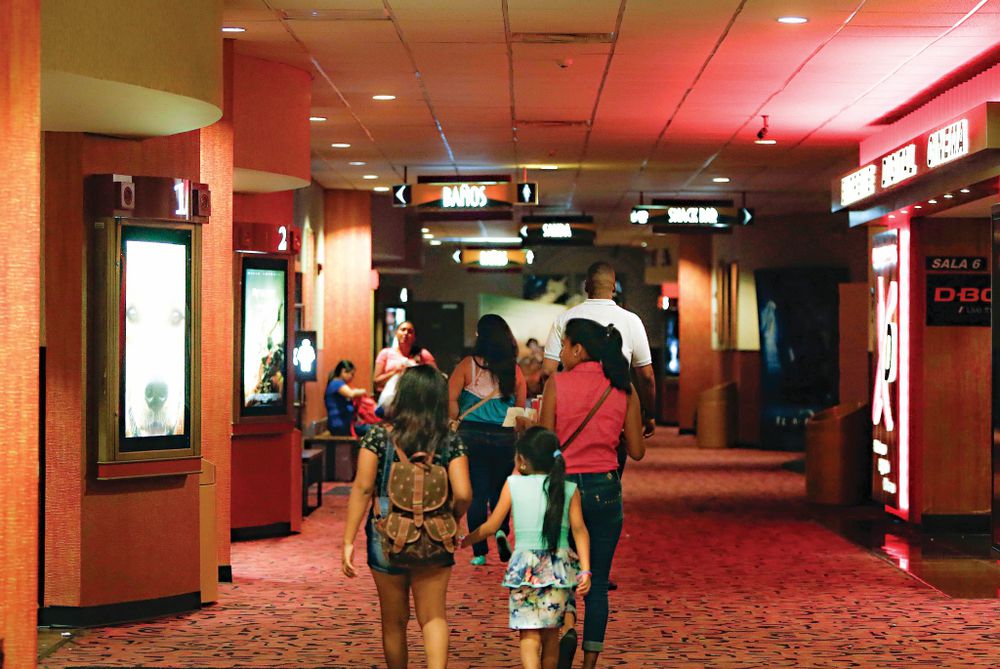 Cinemas ask to reopen by the end of this month

Drowned by the economic crisis generated by the Covid-19 pandemic, movie theater owners and film distributors decided to join together to ask the Government to give them a specific date that would allow them to resume operations of the 180 cinemas in the country by the end of September.
This, in order to save an industry that in the last six months was forced to stop 100% after being unable to generate income, creating an unprecedented socio-economic impact.

According to data provided by the Panamanian film distributors and exhibitors union, more than 50 films were stopped from being released compared to 2019, when more than 7 million tickets were sold, whose earnings were translated into approximately $ 36 million.

The sector estimates its losses at around 80% compared to last year's figures.

In addition, 800 families saw their direct source of income affected due to the closure of the cinemas, which affected 5,000 families in their entirety.

The crisis is a domino effect for the film industry, since the lack of income not only affects the billing of movie theaters, but other industries, such as food, technology and advertising, among others.

The spokesman for the guild of film distributors and exhibitors, Tony Barclay, explained that the opening of this sector is justified, since they consider that cinemas are much safer places than a restaurant, even, if all the required biosecurity measures are applied, as required by the country's health authorities.

In this scenario, he considered that its eventual reopening should take place at the end of September.

Barclay gave as an example that several countries, such as the United States and Costa Rica, began gradually opening movie theaters for a month.

We are being one of the last countries with a defined opening date for the sector, he questioned.

The union carried out several studies during the crisis, in which it determined, for example, that 90% of the time people spend when watching a movie in a cinema they do it by looking at the screen and not talking to someone.

The movie theaters are enlisted to apply a common biosafety protocol in all their branches, which includes a 50% reduction in capacity, staggered schedules of fewer batches of films to avoid crowds, in addition to reinforcing cleaning and the use of masks by the public and workers.

Barclay believes that the managers of the cinemas will have an extraordinary task in ensuring compliance with the measures. If a cinema fails to apply the measures, they would all be affected, he admitted.

On the other hand, Barclay requested the purchase of tickets online by the public and announced that the candy stores of the cinemas agreed on a reduced menu, in which although the popcorn will be present, it can only be paid by credit card.
#Costa Rica  #COVID-19  #Covid
Add Comment